Listen To The Mother

Listen To The Mother

Listen to The Mother

Amidst the conditions that we are experiencing all around these days, the Lockdown reminds me of an incident that took place a few days ago. The present day situation where many of us are actually scared of the deadly punishment i.e. the virus attack, a few are also behaving like creepy worms who do not understand what someone is trying to tell them and putting very large number of people's lives at risks.

Few weeks ago, I and my Mother visited one of our relative (Aunt Nima)’s home and to our great surprise found that Aunt Nima’s house was in complete serenity. Generally, her house is not at such a sense of peace as both of her sons – Ramesh and Mahesh are busy at destroying the peace of the house and their Mother’s. So, the first thing Mummy asked Aunt was aaj kya baat h bachche ghar pe nahi hain kya? Khelne gaye honge. (Are the kids not at home today? May be they are out for playing).

And before Aunt Nima could think of a proper reply (as parents are generally habitual of concealing the actual situation like this one by telling some sugar-coated realistic appearing story), Ramesh appeared bearing three properly placed glasses filled with water in a tray to welcome the guests. This was the second high tide like surprise for all three of us (Aunt Nima, Mummy and Me). He also bowed to my Mother to greet her (Indian Pranam) and waved at me saying Hi Di, how are you. Before I could reply, he just left the room, leaving us ladies to stare at each other. Finally, Mummy broke the silence and asked Aunt about how was everything going on (aur batao Nima kya haal chaal, bahut din hue Tum se baate hue….)

As the situation started growing normal with our ladies’ gossips, then came the OMG Moment……Mahesh entered with a tray full of servings and Ramesh accompanied him with two cups of tea and a cup of coffee. Silence once again prevailed the room. The ‘most well-mannered’ boys once again left the room.

This unexpected behavior of the boys, made me highly uncomfortable now and making myself appear to be the most ill-mannered person to both the ladies, I asked Aunt Nima – Kya baat hain Aunti, koi jadu ki chadi mil gayi hai kya in shaitano ke lie (What’s the matter Aunt, have you found any magic-wand for these devils).

Bringing me out of Mummy’s annoyed looks, Aunt Nima replied about how she has controlled the two in just two days.

As she started telling us about the remedy for the extremely notorious actions, my mother seemed to be more interested in the remedy compared to the normal gossips, in case if it were needed with us – me and my little brother too - someday.

Aunt Nima, first of all, had cut down the supply of Ramesh and Mahesh’s favorite food supplies in all the three meals and in the snacks. Next she had disconnected all sources of entertainment. The movie, music, sports, cartoon channels and the likes were unsubscribed. Mobiles in the house were put on fingerprint passwords. All the indoor games were put in cupboards with locks. And going to the extreme, they had been warned that if they stepped out to play with friends, they would be left outside for a week to stay with their friends (of course the friends wouldn’t be able to afford it).

Two days post this Lockdown, the two understood the seriousness of the situation and found it fruitful to talk to the Mother and come to an agreement. The boys would now take on some responsibilities (expected from someone of their age) seriously to maintain the decorum and atmosphere of the house, and in return, they would be allowed activities of their choice up to a certain limit. So, whatever nice and positive change we observed today, was a result of the agreement only.

In the present Lockdown situation due to a deadly virus today, this incident makes me think if our Mother – MOTHER NATURE is seeking some agreement from us too. We must stop forgetting our near and dear ones in the name of our works. We must give time to Nature, the children and ourselves. We must stop excessive dependence on machines. We must practice hygiene and cleanliness religiously. We must support the less privileged in our societies…..if we don’t agree to these, the Mother Nature will make us undergo a Lockdown situation which if we fail to bind to, we will fall prey to the life-taking Virus.

The choice is ours – To surrender ourselves to The Mother like Ramesh and Mahesh did or to take the risk of underestimating The Mother and be ready to face the adverse consequences. 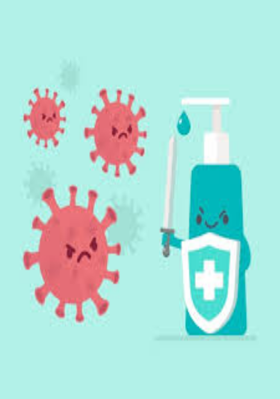