Today Prabha was very happy. There was no place for her happiness.

Today it seemed as if he covered the sky in his small fist.

Prabha is a special child. Prabha, the only child of her parents, was very fond of drawing ever since she was very young. She often tried her hand at paper.

Prabha was definitely a special child but his mind used to run faster than normal children.

Little Prabha used to have difficulty in walking. But she did not give up.

Rising and rising again I was a little careful and would try to get up again.

This was her daily routine. In the meantime, she used to make some The cross made crooked lines on the paper with her little children.

Meanwhile, Prabha used to make some line like zig Zack on paper with her small hands. Then when Prabha grew up a little bit there. She trying to draw some figure on the canvas.

When Prabha grew up a bit, she started to create her own image on the canvas.

All the people who saw her doing this would laugh at Prabha and say, "Prabha, let me stay there is nothing for you." This is not your cup of tea.

All this used to make a little nervous and scared, but did not give up his courage and with the same courage and resentment, she presented her mind and image. But some time she feel down.

The effect of this kind of giggle Prabha, was a little frightening and nervous.

Her parents fully supported her in this work of Prabha. They always encouraged Prabha and explained to him that do not be encouraged by anyone interrupting or saying something, tomorrow we will not be in the world, you have to be your own support.

In the midst of all these inspirations and hopes Prabha's mind possessed the skill of painting, nothing was known.

Prabha turns 15 years old today and at an international painting exhibition she sent some paintings with the help and support of her parents. 15 days had passed.

Prabha and her parents got tired of waiting for this thing and left their hope to wonder whether any painting would have been placed in the competition or even got a place.

Prabha sitting on her wheel chair had abandoned this dream.

All of sudden , mobile ring rang Prabha's mother spoke on the phone when she came to know that two of Prabha's paintings have been ranked in the Paintings for International Award.

Today Prabha's mother was not ashamed but proud of her womb. Influence was not a burden for him, but today it has become an honor.

When Prabha's father was desperate, Prabha's mother often used to explain to her husband.

God has entrusted us with a huge responsibility as Prabha.

But today, Prabha showed the words of Prabha's mother and made her heart high with pride.

Prabha's mother runs to Prabha's room and tells her that two of her paintings have been selected in the International Painting Exhibition.

Prabha tries to get up from her wheels chair and dance, but she collapses.

But today she is not sad and depressed, but laughs and laughs and closes her open fist.

because today he had all the "sky in her fist." 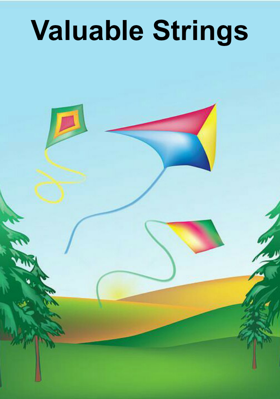