Earth - Now and Then

Earth - Now and Then

Once upon a time, God gave birth to 8 planets together. All 8 rotated around the big Sun. A planet called "earth" was specifically made as a planet of "life" the only planet where human, animal and plant life would dwell. initially god gave birth to a man called Manu and a woman called Shiya. God ordered Manu and Shiya to go on earth and start Human Life. Manu 1 st went on earth, he saw beautiful trees, birds chirping and flying in sky, the vast blue sky, the clear water, the fresh flowing air, the mesmerising smell of soil, the colourful flowers, and greenery everywhere, mountains rivers etc.

Everything was dreamy but real. Manu was so excited to live on this planet. After some minutes, he saw Shiya, yes Shiya the very 1st woman on earth. she was so full of beauty, manu told her that " i loved the nature on earth very much, but on seeing you its taste became even more lovely". Manu was given the responsibility to protect woman, to work hard, to be a gentleman, etc. and Shiya was given the duty to be full of beauty, motherhood, care, nourishment and love. Manu and Shiya fell in love with each other and gave birth to a new boy called Ratan. Thus, the cycle of life on earth began. ManuShiya simply means human. then God gave birth to animals, birds and insects too. Agriculture, civilization on earth also started. In past there wasn't much destruction on earth due to human activities. everything was in tune and prosperity stayed on earth.

But as time passed, human issues like ego, selfishness, the want for power, greed, corruption, murder, crimes, wars , etc. started. God was watching all this happening to earth. Mother earth went and told God about her condition too. God promised her that whenever these things go worst. He Himself will take birth on earth to solve every problem.

Thus, Krishna, Narsinha awatar, Shri Ram,etc etc. were born on earth. But now, human greed for "more development" led to establishing of industries, nuclear plants, electronic items etc. and these things had a very adverse effect on earth. Birds would die very fast due to the bad air quality or the contaminated affluents mixed in their food. Humans, themselves, were affected with pnuemonia, bronchitis, insomnia, lung cancers, etc. but still humans didn't stop their harmful acts or didn't even lower it. As a result, water shortage, floods, droughts, earthquakes (due to mining), etc. arised. Still humans went on, their wastage whether electronic, or normal wet dry garbage, was directly let into water bodies or forest land.

Forests were being cut for making new buildings. As a result, animals were literally pushed away from their natural habitats and so they came to city areas for shelter, so they attacked human, they encroached human settlements. Where would they Go? Their forests also became dump yards for such a huge waste of humans. Electronic items weren't dumped properly and so it generated radiocactive waves making animals die.

Now instead of green grass mountains, there were huge mountains of garbage to be seen everywhere on this very earth which was epitome of life's beauty. God saw all this injustice going on with animals, plants and other living beings done by humans. God introduced Corona Virus, a deadly human disease, animals weren't affected at all. Thousands of human lives were taken globally by this virus, people were forced to stay locked in their homes. And justice was done to nature, yes, now animals roam freely everywhere they want to. Industries, etc are closed. pollution is no more there.

Few endangered species are back to be seen again, mother earth is repairing its damages. It is high time we realise what wrong we're doing to the earth. we must stop littering garbage everywhere. we must put it in waste bins. plant more trees, let's regenerate forests, and let the animals live in their own houses just like we're living in our own. LIVE and LET LIVE will work in this time!! 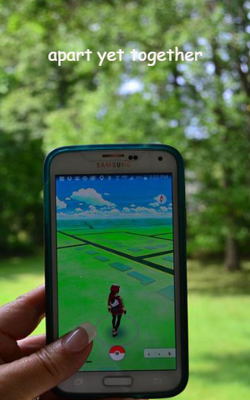