A man and a woman wanted a dog in their house. When the dog arrived, they gave so much attention like he is their child. The dog loved spending time with them too. He loved his treats, bathtime and playtime.

This went on until one day a new member came to their house. It was a cutey softy puppy. As the little one is much cuter than the dog, the couple always carried with them wherever they went as it was too soft as a cushion. A helper was appointed to take care of the dog because the little one has to be trained by them from scratch. The puppy got all the attention which made the dog jealous.

The dog waits for nap time every day. That is the time when the couple spends at least 15 minutes cuddling him before going to bed. The puppy also accompanies them, tries to be friendly to be close with the dog. But he ignores the little one, barks and maintains a distance for stealing his attention.

One day, the couple took both the dogs to the park. They were let loose of the leashes. The puppy follows wherever the dog leads. The dog did not like it but he tried to run as fast as he could to be away from the puppy. A ferocious bulldog blocks his way all of a sudden. Both the dogs snarled at each other. The little one is getting scared of the sight and hoping no harm should come to the dog.

Puppy sneaks behind the bulldog and bites one of its legs. The bulldog howls in pain and sped away.

The dog is delighted by the puppy’s care for him. He licks and comforts the little one.

From that day onwards, they became best of friends. 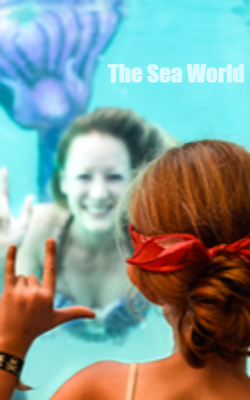