All about one Indian bus stop

All about one Indian bus stop

I'm really perplexed whether India is a country or an emotion. It comprises of jovial people, historic monuments, incalculable beliefs, mesmerizing natural beauty, crowded streets......halt there! I'm gonna write about one such Indian street that's repleted with torrent of things to be talked about.

I was returning home after a trip to my aunt's house. And, after a span of 24 hours, I stared missing my daily lifestyle. My daily routine, currently, is completely based on my ways of living. Life there( aunt's house) was full of stipulations. Wake up, take breakfast, do something, take shower, eat lunch,sleep, watch TV, gossip, eat dinner, sleep. Absolutely those things are involved in the list that does nothing but welcomes boredom. So it wasn't a wrong decision to get back home quickly.

Nowadays people tend to be richer. Whatever the income is, nearly all the families own a vehicle to travel. Though my father too own a scooty, that day the sole option left for me was public bus. I love traveling with strangers, because they aren't your relatives who are over- conscious about what you're doing,when you'll marry and other such rubbish talks. And, moreover life is meant for that only. We come across a lot of people and everyone comes to our life to perform some specific tasks for us. However, that's a different topic. We'll converse about it some other day.

You can't and shouldn't expect the bus to arrive on time. You have to wait for some time. Though it's quite boring, it's not absolutely free from being interesting. You get to notice the world around you. You get to understand how people are entailed in a race. You get to see a lot of stuff. Overall, you get acquainted with reality.

Despite being quite young, I crave to bag a place to sit. After turning my head east-west, a tea-stall caught my vision. I sat there and definitely after ordering a cup of tea. The black-tinged furnace looked strong enough to endure the pain of burning every single day. The untidy kettle was sniffing out smoke whilst the delicious tea was getting produced and the blended aroma of milk and tea leaves was wrapping up the entire place. The shop was full of a lot of cheap packet foods, bunch of cigarettes, betel and all the tasty ingredients to be encased by the betel leaves and a wooden desk to attract more customers. Many people came and in exchange for a couple of rupees, bought something to eat and spend the time. Maximum were in search of cigarettes and soon the air became unendurable. The pandemic is ongoing. So it's utter significant to put on mask. I too did it. Though the mask was there, I was still able to sniff some smells.

The sweetmeat shop just a metre away, was full of delicious and ravishing sweets. The multi-hued sweets encased in glass showcase, dazzled and caught everyone's vision. I too stared at them. Rasgulla, gulab jamun, sandesh, mihidana, lyangcha, danadar, sitabhog and so many were piled up behind the glass. Sweets form an integral part of Bengal. Every market has at least one and you just can't pass by them with a stable mind unless you are satisfied that you've savoured enough sweetness and joy.

I gently opened my wallet and had a glimpse on the countable notes of ₹10 and ₹20. Though hesitantly, I took out a ₹10 note and bought a pair of soft and smooth rasgullas. It was too soft to bear with my gentle grip. Softly I picked them up and put in my mouth.It was very delicious!

On the other side, the spicy, crunchy and crispy kachoris were getting created. The fresh and juicy fruits were ready to get into the bag of customers. The cold drinks were getting ignored to some extent for the Indian parents always say," Don't dare to crave for cold drinks in winter. We have to rush to the doctor's chamber just for a careless activity."

The bank on the side was getting crowded gradually. A string of people stood before the door and hardly they were with masks. Maximum were decked up in casual and normal Indian attires i.e. roughly used pant and a shirt washed long ago.

The lads were busy scrolling their Facebook and Twitter. Some murmured softly about their secrets on phone. Some just flaunted their big screen mobiles.

The buses were coming one after one . Some got down while some were in hurry to get up as fast as possible to bag a seat near the window. Some threw handkerchiefs, some asked a person inside the bus to preserve a seat, some were asking the passengers where they'll get down, some were quarrelling over a seat while some paid no attention to the melodrama. I just chuckled on the mere things.

The newspaper vendor was passing by uttering the names of the newspaper he's carrying. One mid-aged man halted him and in exchange for ₹5, he bought one newspaper. The headline was too big to be missed out. It read "India clinched the Border Gavaskar trophy for the third time" with a big picture of the Indian cricket team with the tricolour. He went through the newspaper looking for something related to politics. He ceased his search when he saw PM Modi's picture with some juicy headlines.

There were even two dress shops. One was quite big with marbles forming the floor and the walls were painted in dark white , whereas, the other was a tent with the soil forming the bedrock. The big shop had dozens of glamourous dresses hanging before it. One was a pinkisk frock with curls of fabric, another was a scratch jeans hued in black, another was a shirt with red-black strips and many such dresses to enthrall the customers passing by. While the tiny tent had costumes of cheap quality but they too were beautiful. A royal blue skirt was the one I loved the most among all.

The place was untidy. It was repleted with litters. No dustbin and everyone recognised the entire area as a dustbin. The half-burnt cigarettes, spits, lays-kurkure packets, cow dung, dust and many such things formed the rubbish. It wasn't pleasing at all to look down for a second.

A mob of students emerged from an alley, maybe after attending a tuition class, and stood by me, definitely waiting for the bus. They were around 12/14 in number. Some were girls while some were boys. The girls wore churidar and maximum of them had long hairs, styled in many ways like those of pony tail, bun, plits,etc. The boys wore typical shirt and pant. Hardly anyone of them wore the bag properly. It hanged due to not getting adequate support from the shoulders. They were reluctant to carry the bags as if they were nothing less than burden. They murmured about a lot of things. I shaped myself as an eavesdropper and became a part of the one-sided conversation. They were busy discussing about dresses and cosmetics. And the boys expressed their annoyance of studying, using some slangs and extra- friendly words.The bus came honking the horn and they got up, without leaving the gossip and even some laughters accompanied them.

I turned my head towards the right side of the road in order to find some glimpse of the bus. I felt a big sign of relief when I saw the green coloured bus arriving with a lot of jerks and honking the horn. Within a couple of seconds, the bus came to a stop and the bus conductor was yelling "Bardhaman Bardhaman". I got up and in no time a window-seat caught my attention. In haste, I reached there and sat breathing out an ample amount of relief. 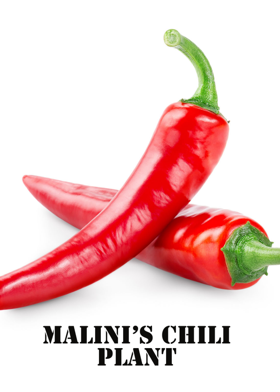