A Mile To Win

A Mile To Win

A Mile to Win

Some cheers do get lost in the win of time.

They vanish without any trace and those who celebrate them seem to be only visible during the time of celebration.

It was no difference for John who had habit of victory and then vanished for brink of loss around the time, so people only know him as 'Gun shot' which meant that he was only affective until the shot has taken effect. Afterwards his impact he was as weak as the shot vanished from gun's bullet when it's fired and only the smoke remains at the end.. John has to be a very decisive man as he always stood for others but once job was done he would step aside.

He never took credit for his job, thus people craved to have his advice, they would call him to their functions and when anybody would die in anyone's family; He was first to cry and last to leave the place at that particular day.

Yet he hasn't received what he should not by any means or reason to serve.

The man of everyone had no idea to share, no hope to live and he struggled fruitlessly around the times.

He mostly spent his time around lake and played poker with others sometimes for his own interest.

Every Sunday night he would go to the nearby club and drink in celebrations, but weeping his secrets to himself.

Would he ever get the joy to relive and celebrate the way others did when they were with him?

It looks like that their celebrations were his and he was their man whenever they wished to call him for any reason to rejoice or enjoy.

Still he is behind the bars today which stun everyone, what happened so he has to face such position is mystery, but he think of it being inside the jail and here are his thoughts-

Around the New Year eve, John was found unconscious near the most popular pub of the city. A place that hosted his celebrations has gone totally silent that night.

His shirt was bloody with stains all over and one of his lips had a deep cut beneath, to make matters worse; He looked living when he came back to life.

He looked totally out of himself and he had been told to be sent to the jail for sentence of 6 months imprisonment.

He had wished to hire a lawyer to look after his case, but he was simply denied due to being caught guilty in most horrible case of the city that is not clear to John himself in form of any recession he could think on that day.

In the ultimate extreme of all the activities that happened in the night when he was found unconscious indeed, the most worrying thing was that he had first time failed to support others for cause of justice at large.

The city where John lives had a procession of punishing those who secretly organise meetings for any purposes or repercussions around at any meeting place.

It was known to the place that it is infectious to political activity. Thus by any means or way any meeting shouldn't be organised, or the organisers were punished through very harsh measures. That includes sending organisers out of city or murdering them on the spot

John did please the previous night, before the unconscious act, to the regional government to organise small meeting for members of a dead youth, so that funds could be guaranteed to the family after the man's death.

John pleaded to the officers that the death lad's family must be provided back the lost property in drought and they should be helped with economic sanctions which the government officials had refused to accept as the lad's family had been popular for violent judgement.

Thence for such purpose to support family by virtue of economic assurance, a secret meeting was organised in leadership of John to tackle the situation and help on.

Yet all John had come to realise before being unconscious that the most of family members have been emigrated to a different place in name of providing home and John was taken to custody and now he stood remembering the memory beneath the deepening sky without realising what would happen to him in future.

Now he lay silent inside the jail, pleading to come out of his sins and all he could do is whine and shout for innocence and peace without punishment.

It is long before now that John became one more time unconscious. But this time he is not going to awake; He has left the world for good and peace.

For those who fight, their own punishment force their ends; This is what the lie is all about even in world of wise and voice, people still have to struggle and their results are not always relayed as successful. As it happened in John's case at the end also... 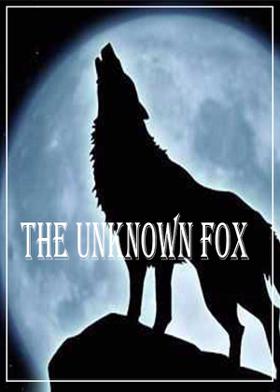