A Damsel In Distress....

A Damsel In Distress....

It all started somewhere in Surat in 1987. She was 19. It was her last teen year. She was a normal girl next door, having routine life, protective family, having long bouncy hair, tall, talkative in nature, went to college doing her diploma in commercial practice. Her name was Mary. Being the elder sister in the house after an elder brother following small siblings, she was adamant and dominating. Schooling was done in girls’ school and college also in a convent one. She was highly nurtured in a protective environment of not being able to talk to boys other than her brothers. All was well until He came into the picture. Every story has a turning point, is was hers. He was 26, tall, dark, handsome, flirty eyes, wavy hair was his description. He was eight passes, an A.C mechanic working at a shop, in front of Mary’s home. His name was Ali. One fine rainy day, their eyes clashed, Maryand Ali and a new love story were in making.

The problem in every love story at that time was, eyes talk first and then comes attraction, unlike today's stories where lust engulfs love. Few days talking through eyes went on, which ultimately led Ali to follow Mary to her college door. Mary in her teenage (an immature age where u don’t know what is right and wrong) was anxious and loved the attention she got for being followed. There they spoke, impressed by flirty lines of him, she gave her heart in the very first meeting.

In those times there were no cellphones, no digital way to communicate. They used to meet regularly at college, He used to come walking as he was poor, she is being a middle-class girl use to drive Luna. Days passed by the need to communicate even after college and vacation time led to a disparity, this is when all the problem started. One deal missing his lady love and provoked by his friends wrote a letter, his first one and dropped it in Mary's house. The letter was recovered by her brother and informed to Mary's parents. There are villains in every love story, in this case, was Mary's brother. She was beaten up by parents, discontinued college, but they say that "true love blooms after being traumatized".

One fine day, her friend (being the cupid) threw a party and insisted jenny’s parents to send her to her place. They agreed, the aim of her friend was to reconcile two souls after so many months. Finally, Ali and Mary met and decided to make a decision an important one. “Can u stay without me?", "No”, was her reply. “Do u trust me?”, “Yes “, she said with a blink. “Then there is no other solution than to run away with each other and marry”, was his statement. She affirmed this without giving a second thought, the feeling of incompleteness made her take this decision.

The day came, finally, they ran and got married. The problem here did not only love but here religion mattered more. She is being Christian, agreed to accept Islam, being Nadia from Mary, without a single thought, because it was only Ali she could see and nothing else. Few days were tough because Ali's parents didn’t agree with this relation. In India, at that time love marriages were considered a taboo and inter-caste ones were considered a crime.

Few days they stayed at Ali's friend's place but had to move out from there soon. They rented one flat, the days were even more tough, Ali was removed from the job which was owned by Mary's fathers’ friend. He used to drive an auto-rickshaw to earn for living. Difficult days started because with only love u cannot live in this world u want money too. It was even more tough for Nadia to cope up with household work, were at her mom’s place she didn’t even pick up a spoon, here she had to cook, clean, and live with few earnings. All her luxuries were gone, she turned from a queen to a maid.

Love flew away as days passed by. When u face the reality of life, u become more frustrated. It was tough for Ali but Toughest for Nadia. Converting to another religion and giving up yours is difficult, she did just for him. She was not accepted by her in-laws, her parents agreed to their relationship but were opposed by Nadia's brothers(villains in her love story and the same nature remains). Nadia's mother was a genuine lady she was a government teacher and use to meet up Nadia by any reason, though she was not happy with Nadia's decisions but after all, she was a mother, she forgives her daughter.

Days passed by Ali's earnings were less but they both were blessed with two sons. Nadia used to discuss money matters with her mother and she used to support her financially. Later seeing their grandsons Ali's parents forgive him but couldn’t accept Nadia wholeheartedly.

Years passed by, Nadia learned Islam, everything was going smooth, but the love faded away between the two. Ali managed to set up his business after struggles but he forgot Nadia in his struggles. She was happy being called a mother, daughter in law, Bhabhi, wife but the lover went off. Ali being famous for his flirtatious talks use to enjoy his life with his friends leaving Nadia at home. This went on, she didn't complain, she had no one in her life to share her feelings. She had left everyone for him, now she was left alone.

Love faded away, she had no friends, no love nothing, she was left empty-handed. One quick decision without giving a second thought can bring turmoil in one’s life. It was her decision to leave everything for Ali, she didn’t know it will cost up everything, her peace, her self-respect, her family, and ultimately Ali, yes, he is no more, he died, leaving her alone. Till now her mom meets her mysteriously in the name of attending Sunday mass (still the relation is not accepted by her brothers). She has her son’s, daughter in law, granddaughter, but her eyes are still searching for Ali. She is waiting for her death to meet Ali so that they meet eternally when no one will separate them.

Mary or Nadia can be seen in any girl next door, in girls nearby or in your family. For me, she is my close family member. 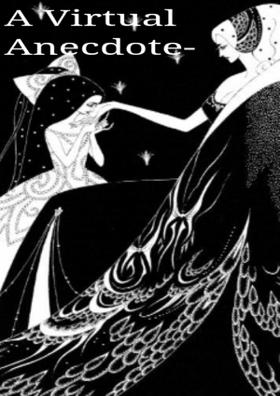