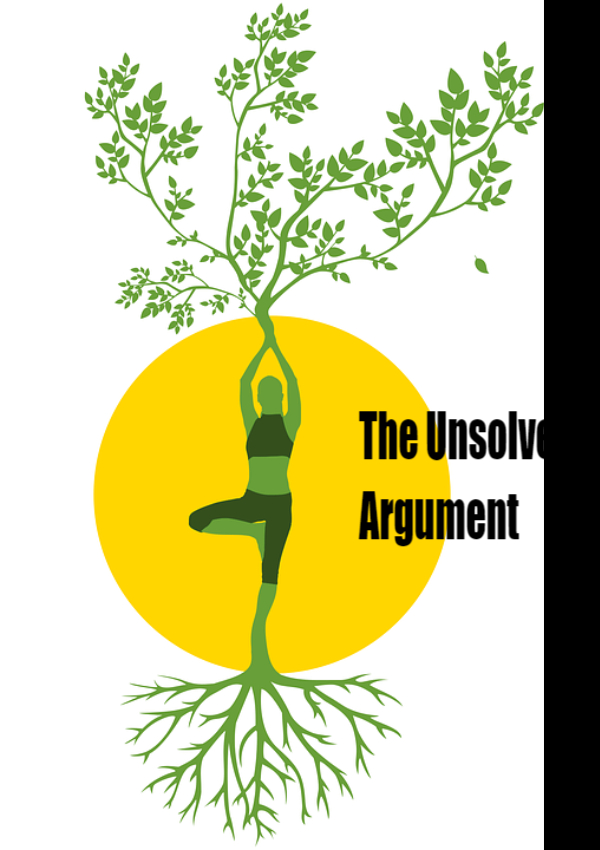 As a child, from an orthodox hindu family, I always slept after my grandmother recited the Ramayana kandas, slowly, one story at a time. I was fascinated hearing such great mystical powers during the Threthayug, and made me wonder why as a humans, with similar qualities, lost the power of such great metaphysical abilities. Although, it took me several years, to get into an argument with my father, whom I considered as a great threat to my living on this planet, with his sarcasm and criticism, whenever I used to score a perfect 10/10 over my mother and grandparents. He always felt I was being overly qualified to win upon the women.

The day has finally arrived when my loving grandmother passed away to an eternal world, which she always dreamed about the good karma she practiced during her tenure. I was in my 8th grade. She made up to a point where I now know the entire story of Ramayana and Mahabharata, over the years which she recited and praying the ineffable deities. I've seen my father being upset during the time, as he was very much attached to his mother. Although he was busy, he made up to a point to share some stories and incidents which happened during his day, to persist me on my loss. On the contrary, my mother was a less qualified woman, from a hamlet. My father wanted her that way. She was more focused on daily house chores and serving her husband with a tender heart. She did not know much stories about the mythology, not I ever approached her for my skepticism towards "The Ramayana".

Though, my father, continued to use his powerful tools against me to subdue on the mythical knowledge, I somehow sensed, he felt amazed by the questions I've always asked. He used to refer the books and get back to me the next day, to make sure, I've the answers, and he was always right. Though it continued for several months, one day, I happened to ask him a two questions, to which, he had no answers, and lead to an argument. The whole point was valid to me, but he felt, I was being blasphemy and vice. The two scenarios from Ramayana, were unjudged till date, though I have the answers.

I started during dinner time. My father was in a good mood for some reason, unknown. I asked, if it was the right time to clarify two things, that was bothering me for a long time.

"Daddy, I've two questions, which do not seem to be in a right way to you, but I feel them as logical", I said.

" Even I wonder, about the same questions," he said sarcastically.

" Daddy please, its not about my school subjects, but I feel you know the answer. Mom blasted me for bringing up to her, and I felt she doesn't know the answer".

" You should ask more about her cooking"..she is really good at it, and only it.

I started to feel the criticism, though I was being one sided, as I badly needed the answers, and had to laugh at the reply my father gave. I was being more focused on his version of the answers.

I started, " This is about Ramayana, and I know you have the answer, so please can we discuss about it".

He was cocksure, and I felt it. This amazed me, as I somewhere had this feeling within me, that I know, he can not answer.

I started again, " In Ramayana, When Lord Ravana knew, that Sita was his daughter, why did he kidnap her?"

He was chewing his food, thinking what I asked him, and said, "what is your second question?"

It was now getting more intense. I did not want to feel awkward nor lose this point. I then asked, " If Lord Rama was a great king of his time, why did he die in depression?"

By now, my father was almost on the verge of finishing his dinner and stared at me confused.

" Are you referring to Ramayana Vishavriskyam, who is leading you to such low standards?" He quivered.

"Now shut up and listen to me, go back to bed, and you don't deserve to live with us if you need the answers". He commanded in a high base voice, which I can never forget.

" I came up with these question", I almost whispered him back, which made him mad at me for answering back.

Back in those days, we were trained to not answer back elders, which is mostly the reverse scenario with my kids in this generation. My behavior angered my father, as he stood up to wash his hands, while my mother made an annoying face, proving I'm guilty and wrapped up my plate and pushed me to sleep, immediately. I felt a sense of intimidation, though, my act was completely defendable to my point. I could hear my father shouting at my mother, saying other kids from a different religion are spoiling my mind and leading to different thinking. Somehow, after a fifteen minute of vociferating behavior from my father, I slipped into sleep and dozed away into REM.

The next three months were muted between my father and me. He did not like to eat with me, nor he ever came back to answer my stupid questions. It was miserable, to see him behave with a teen.

My mother did not have the courage to speak up to my father about me, as she too would be banished from his fury. I decided one day to walk up to him and continue. After all, he was my Wikipedia and google those days.

It was a Sunday, I took some courage to walk up to K. Ram Prasad, my father. I could not take the plaguy silence between us. It was making the situation worse. My needs were halted, my report cards weren't signed anymore, no perks for me and list continued. I apologized my father.

" Daddy, I'm sorry. I know we as Hindus are not subjected to ask such inadvertent questions. But, I need the answers", I said.

He muted the television, he gasped and turned towards me. He was chewing the tobacco and I could feel the off-putting smell from three feet distance between us.

" I was thinking about the answers, I do not want to accept this scenario. I was named after Lord Rama, and our society believes he is a great man of values. He is called Maryadha Purushothama, and he never did any wrongdoings in his life." he said in a defending tone.

I was now getting into a strange bond between us. He was kind at that moment, with some unhappiness over the last three months of no words between us. He somehow wanted to be the icebreaker but, his parenthood and ego stopped him. I appreciated my courage calmly. I knew we will have some sort of settlement towards those questions. I was hiding my thoughts and acted plain. Deep down, he knew, how I was feeling while preparing his mind to answer me.

" Why did you think about it, we are bound to live believing the Puranas happened to be great lessons for mankind in this yuga. We do not question the Gods, as we depend on their blessings and good karma" he said.

"Everything happens for a reason, and your questions are answered to make sure the Good wins over the Evil", he added.

I said, "when Lord Ravana ruled 14 worlds for 10,000 years and was a successful king during his time, when Lord Shiva considered him as his greatest bhakta, offering several boons for his significant penance to attain moksha, what made him get killed by Lord Rama, a normal human with no extraordinary powers?"

He repeated the same answer as I got from my grandfather and mother. " It was kala dharma", " It was supposed to happen that way".

I was not satisfied with the answer from my father. I regarded him with man of knowledge after my uncle, who was elder to him. I continued..

" But daddy isn't it obvious, Valmiki was a great sage during Thretayuga, and wrote the Ramayana, as a one-sided story of well-being of Rama and praised him in adulation".

Now my father was getting more concerned about my questions. Luckily, he did not sport any sarcasm nor criticized my questions. " Maybe," he said, with a confused mind. I was not sure if he was listening to me all the time, or he wanted to avoid me from asking more questions.

" So, are we doing wrong since generations, praying the wrong person, and celebrating the greatest man's death during Dussera, as Good over Evil" .. I pointed.

" Listen, Son, We live in a world, where if we dig more into the Purana, we find many loop holes, and no answers as we have to face the wrath of the society." Replied my father.

" I agree with you, Daddy. I expected the answer, not your statements". and I stood up unanswered and was preparing to move unsatisfied. I heard something from him, which made my curiosity more intense.

"Why don't you find the answer and share it with me. I asked my friends and other priests in the temple. The called you blasphemous. I felt its about time, me and your mom decided to do your upanaya, to overcome your evil thoughts". and chuckled at me hinting the PanchaSikha on my head.

I knew I was being unorthodox for sometime as I was being more atheist, and faking at home with my parents at all the events my mom performed for long-living of my father and prosperous family.

Over a period of time, I forgot what happened between us, and obeyed my parents. It killed me for many years that my questions were unanswered. I met many people of high religious stature and never dared to ask them as I was warned for being blasphemous and get beaten up.

My father passed away when I started working. I t was a great loss to the family. I was posted in Kerala, and had to leave the city along with my mother. On my way, I met a noble guy in the journey, who answered my questions. During the travel, he encouraged me to ask him many questions and he has the answers. He was a humble, fat man, with a big head. When I enquired about him, he told me he was an author of a best seller and shared his views on the queries which burdened me. That was a great relief to my heart. I felt I achieved something which was long pending and equally unhappy as I know the answers now, but I lost my father and could not share it with him. He would have been a proud man, who encouraged me, and made me extrovert. I always felt, why they named me Sridhar - A man who holds the virtue of a woman, often referred to in the Ramayana and Lord Rama. I contemplated the scenarios of that day and wished I could go back in time.

I became a polytheist over time, got married, celebrate Sri Rama Navami with great sanctity and often request him to grant boons. I started being more patient and wish-fulfilling to my kids and their questions. I always wanted to finish the argument with my father. Let it stay unsolved.