The Sultan Of Agrabah, Part - 2

The Sultan Of Agrabah, Part - 2

In this story, Sofia gets a message by one of her messenger from the Arendelle empire. During the previous war with this empire, his father had lost his life and now let's see if Sophia manages to get victory over this region!

It was a bright summer day, birds were chirping, flowers were blooming until Sofia received a message from Raghav-the messenger. Sofia was astounded by the news. The messenger told 'her that the kingdom of Arrendelle challenges us for a battle and we just have 2 days' . Sofia was a bit worried. "This would be the most fierceful battle ever of my life, exclaimed Sofia." Sofia commanded the messenger to tell them that we are ready for the battle. Princess called Jafar - the minister.

Sofia trusted him because he's been working for the empire since her father was the Sultan. He had always helped them with administration work. Sofia said," Jafar, we have a battle with Arrendelle. You know that it won't be easy for us to fight with them and it is within 2 days from now."

Jafar said, "Yes you are right! I will have to prepare the army quickly. But don't you think the battle has been kept too soon."

"Yes, I know! But I had no option as this is the only chance to take my revenge back" said Sofia firmly. Jafar assured her that, they will surely win the battle this time.

Sofia recalled how her father told her to never let Agrabah disintegrate; "Jafar go and prepare the army."

"As you say, My majesty!" said Jafar.

Next day, Sofia went to see how Jafar is doing and what changes could be made in the plan. Jafar was doing his work so diligently that she could see sleep in his eyes, it seemed he didn't sleep all night.

But Sofia was a kind girl she asked him, "Jafar I feel you should take some rest as you have already done so much work. Now I will take care if there is anything left."

Jafar said, "No princess sleeping isn't of much importance to me. We have our battle tomorrow and we need to win the battle."

Sofia said, "Okay then I'm going to see the rest of the work." Sofia was very tired even she hadn't slept the entire night.

Mala, her maid, came to her and asked, "What happened princess you look very tired?"

Sofia replied, "Yes, this battle has taken away my sleep."

Mala said, "You should have refused for the battle."

"No, I couldn't do that. This kingdom had killed my dad I will take revenge of my father. And I'll see that the kingdom is never divided." said Sofia.

Mala said, "Okay then all the best for the battle and try to take some rest." Sofia couldn't sleep she had just seen her father appear and wish her the best. He said, "All the best my daughter. I could not win it. I believe in you and I know that we will win this battle".She moved towards her father to talk to him but he disappeared. She was now relieved as now she had the blessings of her father. On the day of battle Jafar, Sofia and the armies went with the chariots, horses, elephants, cannons and swords. Now the Arendellians and the Agrabians were together on the battle ground. Jafar planned that some armies will stand in the right side, some on the left side, some on the top of the hill and Jafar and Sofia in the middle and they stood according to the plan .Arendellians started attacking on Agrabians and Agrabians were attacking on Arendellians. The armies of Arendellians were very strong and when half of the army died the people of Agrabah who were not there and were staring from the hill started shooting the bombs by cannons with high speed so it killed the majority of the army. Now few armies were left with the king of the Arendelle. Though the Arrendellians were strong yet only few were left that's why it became very easy for Agrabians to win. Unfortunately, the king of Arrendelle died and Agrabians won the war.

Sofia was very happy and when they reached to the kingdom they were warmly welcomed by flowers and by Diyas. 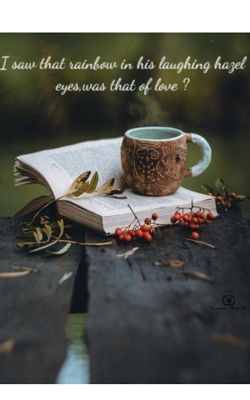