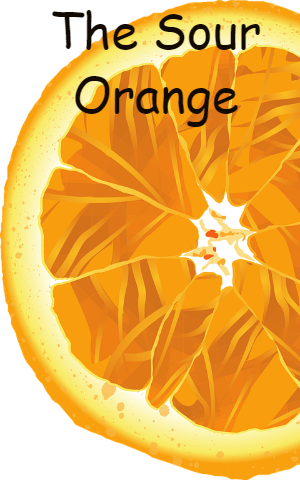 Rita was as usual in a bad mood. As usual she sat at her table in her classroom and was looking out. She was looking at a tree that was swaying in the wind. Her teacher had said that we have to live merrily like a tree that always sways in the wind. Rita disagreed. “The tree sways irrespective of whether it is happy or unhappy. It sways as the wind forces it to.” Rita argued.

“ You have the power to control the wind”

“Well, the tree doesn’t. Why do you want us to be like the tree?”

Rita just came out of the class 1st year MA when she noticed that she didn’t get on well with the English teacher though she always scored class first or sometimes even college first in English.

Rita was thinking about this incident as she was looking at the tree outside. Just then, her mom came inside the class. Though Rita had convinced her mom from not teaching her class, her mom still worked in her college to keep an eye on her. Rita’s mom had received offers from great schools, yet, her mom rejected all of them just to take care of her child. Rita never understood this or, in better words, didn’t give her mom a chance to prove that her mom wasn’t there to invade her privacy. Rita understood what would have happened at the sight of her mom. If any teacher who taught Rita was absent and it was free period for her mom too, Rita’s mom would take it upon herself the substitution period too.

Rita’s mom was always worried about Rita. What if this girl took some big wrong decision when I am not around to look after her. After all, she is just 18 years old. She is not going to leave me right away. Rita always called her mom Rajeswari ma’am during class as if she was just equal to some other teacher she knew. Rita’s mom began the class.

“Shall I read out a poem I had written on my own?

Some sour and some sweet

There are various variety’s

Though there are millions of people,

No one likes the sour ones

Even if they drink liters of water after eating them”

Rita’s mom meant Rita. Rita knew that too. All the students appreciated her poem. This made her feel even more sad. ‘Will Rita grow up to become a sour orange?’ That day, around 7o’clock, Rita packed her bags. When asked to explain, she said, “ I am going somewhere away from your sympathy. Keep your poems to yourself. I don’t need them. I know what you meant. You wanted me to know that I am alive because though I am the sour orange you raised me up. No. That’s not true. I am taking my pocket money with me. I am leaving this house, this minute, and I will show you that I can live alone and I won’t be hated.”

‘She has grown up just like me, 'her mom thought. She said, “Don’t leave the house for that. At least take your clothes, books and all that you have except the photos.”

“I won’t take them. Afterall, you bought them for me.”

“Then, I am taking only the laptop and the everything that I bought with my money and my money too.”

Rita’s mom asked after a long pause, “When will you be back?”

“Once I prove myself,” she said and left.

Rita’s mom was about to enquire where Rita was going but, checked herself. She stood at the door and waved a goodbye at which Rita gave a harsh look and turned to go without a word.

Rajeshwari: You have something in your mind

Prakash: What about Rita?

Prakash: I am the man of the house and I decide the name

Rajeshwari:(To herself) What has happened to the promise he made to me when he married me? He told that he will name his first baby Nainika if it’s a girl and Iniyan if a boy.

Prakash: I didn’t hear you?

At last, after much persuasion, they named the baby Rita. After a month or two, Rajeshwari couldn’t tolerate Prakash, he became the bread winner of the family and often boasted about it. On some occasions, he also insulted Rajeshwari as an idle lady who did no work. Rajeshwari left the house and Prakash saying, “I will come back after I prove myself.” Prakash was dumbstruck.

Back now, Rajeshwari shuddered at the thought of her decision. She was young and beautiful back then.

Rajeshwari didn’t have time to waste. She quickly called her husband Prakash and told him what had happened. They weren’t in touch recently except last year when Rajeshwari went to drop Rita there for a week. Even then Rajeshwari had insisted upon staying outside. This sudden call had frightened Prakash a bit as he didn’t know what Rajeshwari was up to. He was sure that it wasn’t Rita because Rita had her phone. He had gifted her one when she had come to Prakash’s on a Sunday. Prakash listened to Rajeshwari’s side of the story and sighed in the end. He thought to himself, 'this girl loses her child and comes to me while I have to go behind her wagging my tail.’

Prakash said to Rajeshwari, "Do what you think is right. I have no opinion about this matter. She resembles you. She left the person who loved her the most, just like you, but, I don’t want her to fail the way you did for sure.”

Rajeshwari didn’t eat dinner that day. She lay on the sofa all day thinking about her lost child. Well, who can help?

On the other hand, Rita was enjoying her life. Even though she left home in the evening, she had friends who can help her at any time of the day. The only student who was her friend, classmate and didn’t have her mom’s number was Sandhya. Sandhya was a quiet, innocent, ranking, cute student. Rita was Sandhya’s first and only friend. Sandhya was such a devoted friend that Sandhya would sit with her and hear Rita explaining the difficulties of her life. Rita called up Sandhya and told her what had happened at home. Sandhya was dumbstruck. She told Rita to come to her house. Sandhya lived with her dad. Her mom had died when she was about 8-9 years old of a Heart Attack.

Rita stayed with Sandhya that night and got a room for 2000 rupees a month the next day. It was a really small room which had been a storeroom for a hotel before. Rita was good at cleaning and made the dirty hell into a nice room. Though the room was suffocating, Rita managed to live in it. She also worked as a PA for a CEO of an international company. Don’t know what made them give away such a great job to a teenager. The job wasn’t too difficult. Give medicines at the correct time, fix meetings, and message people to attend the meeting.

A few days later, Rajeshwari got to know that Rita was working in the multimillionaire company. She went there a couple of times to meet her dear daughter but, Rita wouldn’t come out of her cabin and would keep herself busy all day by checking whether the CEO’s cabin was cleaned properly and when the upcoming meetings have to be scheduled. Rita didn’t want to go back nor did Prakash one day. Rita was busy getting the tablets for the CEO when she got a voice mail from the Receptionist saying that Rita’s father was here. Rita dropped whatever she was doing and ran downstairs. Seeing her father, she felt excited and applied a half-day leave. She went to Prakash’s new home. When she enquired what all this new house meant he said that her mother had called and he had wanted to see his independent daughter. This touched Rita’s heart. After waving a goodbye Rita went back to her room.

Days passed and weeks rolled. Rita had heard that her mother had wanted to be independent too and that was the reason she had ran away from her home. One Sunday, Rita felt that she had to visit her mom at least now but, she couldn’t. She didn’t know how to face her mom. Her mom might humiliate her in front of the street or hit her. She might even ask Rita never to see her again. Rita shuddered at the thought and decided to stay away from the thought by busying herself as much as possible. But, a mother-daughter relationship will always remain a mother-daughter relationship. Rita couldn’t stay away from her mom for a long time, nor could Prakash.

One Saturday, Rita applied a half day and went to her mom’s home at about 2o’clock in the afternoon. Rita was dressed in a beautiful baby pink saree which she had bought with her first month salary. She had worn it by herself with the help of a YouTube video. She straightened her saree and rang the doorbell. Rajeshwari opened the door and exclaimed, “Oh! My daughter! How could you stay away from me for such a long time. Come in. Look who’s here.” Rita turned to look at the direction her mom was pointing and was dumbstruck. Rajeshwari noticed this and said, “Your father wants to get back with me. He just conveys this happy news and my daughter comes back after months to celebrate this happiness with me. Oh! God has made this day my best day.”

Rita was aghast. She just said, “Well, maybe all the sour oranges are turning into sweet and ripe ones.” The reunion of her parents took place with a lot of celebration and Rita had proved herself too. She earned two lakhs rupees per month after her graduation from IT engineering and joined Wipro. Her mom and dad lead a happy life as if they are newly married. Rita has moved to Mumbai and comes to her mom’s place 2 months a year. Rita got married to her colleague in Wipro named Aakansh 1 year after joining Wipro. Oh! How could they forget this youngster? Rita has a boy baby named Aashish who is 2 years old now. He is a bit like his mother and Grandmother, but, not to worry, he is a mom’s pet and doesn’t leave his mom’s side even for a minute. Aakansh sometimes would joke saying that Aashish should remain the same even after his marriage. They lead a happy life ever after.