The people in the mystical land of Mojapur were always seen wandering as indistinguishable pairs. The couple were inseparable and all of them surprisingly had children who were twins.

The Checkies Family lived in Derbys Villa . Mr and Mrs Checkies were a prim couple in checkered black white. Their children,the little checkies were as smart as their parents.

The Roses lived in a Ballerina Cottage. They had two beautiful children, the little roses who were so adorable with their pink laced outfits.

The wealthy ones were the Stockings family who were tall and slender and they lived in the opulent Stiletto House. Their children were a delicate twosome with a pale face.

The lively Sporties lived in the Sneaker Mansion. Their children were an enthusiastic duo.

But the people of Mojapur never spoke to anyone out of their clan. They always lived to themselves and the children never went to school or played with anyone outside their family.

The king of Mojapur, His Royal Highness Mocassin was worried about this. He thought he must do something to bring the people together. The Queen ,Mrs Mocassin gave him an idea.

" Why not build a school to bring all the children together. They can study and play under one roof. This way we can bring all the families together", said the queen.

" What a wonderful thought!", exclaimed the King. He sent his strict orders to all families that it was mandatory for all children of Mojapur to be sent to school .

And one fine day, all the children went to the Royal Boots Academy, their brand new school. The children loved the place. They never wanted to go back home. The checkered,pinstripes,the solids,the stockings and all the twins now became close friends.

The school organized a Royal Gala Meet in their campus. All the families gathered at the August event. The children inaugurated the event with a dance. It was an unusual sight for the crowd. The children danced as pairs but they were "mismatched".

At the end of the dance, His Royal Highness gave the most enlightening speech for the day. He said,

"Dear People of Mojapur, this dance was choreographed with just one simple thought. We may be from different families. We may appear different but at the end of the day we are all Mojas - a one big happy tribe . I hope we understand this and continue to live maintaining brotherhood, friendship and peace in the land of Mojas".

The people stood up and applauded the king with a thunder of claps. The children taught them a lesson for life.

And so the people of Mojapur lived happily ever after 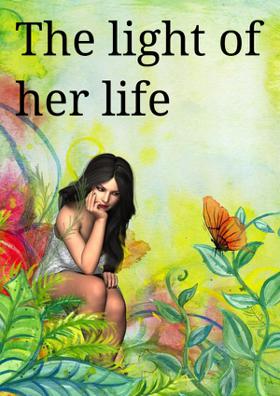