The bat was presented to Mukund by one of his uncles, whose home was in Mumbai. It was a number-6, willow bat of the very best quality with a glistening golden coloured grip on its handle, which gave it a different look from the other regular bats. I gazed at its unique carving with earnest curiosity. The face, swell and spine of the bat were in perfect shape, made out of Kashmiri willow only found in North India.

'The bat looks used. Is it not new?', I finally enquired from its owner.

'It's quite old. Belonged to my uncle when he was a boy', Mukund replied. 'Now, he has gifted it to me.'

The bat was resting against the wall. I picked it up, and, after a careful examination of the bat I handed it back to Mukund. Holding the bat in his hands, he said, ' My uncle told me to take good care of it. It was one of his favourite bats and a talisman, too, as he never failed with it.'

' Is that so?', I asked, astonished. 'Will you let me bat with it in the next Sunday's match?'

' Surely, you can have a turn but only after I have batted. Never played in a formal match with it, you know. Just two overs on the maidan yesterday.', he said, casually, putting the bat on his shoulder. 'Be on time, Manik.' We bade goodbye to each other.

The following Sunday, though, I had loads of classwork to be done, I decided to go for a game. Being a cricket lover myself, I was eager to witness Mukund's performance with his latest bat. A short walk from my house brought me to the school cricket ground, where a horde of boys had already gathered. I spotted Mukund in the crowd.

'You are late. The toss has already been done. The rival team has won it and they have elected to bat.' he mentioned. 'Never mind', I said. Our captain, Lakhwinder, a burly Sikh boy was rounding up everyone to take their positions on the field. I was given duty at the third man while my chum was stationed at mid-on. The match was twenty overs a side. It was an average batting effort from our rivals as they scored a below-par score with the whole team bowled out for 89. No player could get past the double figure mark. So, for victory we needed to make 90 runs in twenty overs.

' We can easily do it, guys', encouraged Lakhwinder. ' All of us can bat'

'Not a problem', said the openers in unison, as they gave a thumbs up.

I was to go in at No.5 while Mukund's turn came at No.7 so there was no chance I could have his bat. After a brief lunch, we commenced our innings. Well, there batting might have been poor but there bowling was excellent. Both our openers were adjudged LBW in the first two overs with only four runs on the board. Another batsman went it and to everyone's delight played three successive fours. He played for two more overs in the company of Lakhwinder before being bowled.

It was my turn to bat now and the score stood at 20 for 3. I could play fine shots better than Mukund ,who was never expected to shoulder responsibility of making runs. He was just in the team because there were not enough players. I walked in the middle, preparing my guard, I took my position to face the ball. The bowler snorted and began his run-up. Receiving a sharp leg cutter delivery, I defended it. Next, the bowler bowled a half-volley which I sent towards the boundary on deep mid-wicket. Four runs.......

In the next over, Lakhwinder struck a four and a six, but he got catch out in an attempt to hit another six. Then, came Rajan, a south Indian boy who played well. Both of us held out till ten overs until I edged one to the wicketkeeper. As I trudged back to the pavilion, Mukund came out. His bat resting on his shoulders, he walked beaming with an air of confidence towards the crease.

'Be careful. They bowl really good. Especially that tall fellow out there', I cautioned him.

'Relax, Manik. I can handle them myself', he said. assuring me.

The score was 45 for 5 and another 45 runs were needed for victory and only 10 overs remained. Rajan was on strike and he received a toe-crusher which uprooted his middle stump. 'Out', said the umpire. Now, only the tail-enders were left. The batsman who took Rajan's place played rest of the over safely without taking any chances. It was finally Mukund's turn as he came on strike. Tapping his bat, he got ready to face the spin bowler who was bowling tricky leg-spins.

The first delivery he faced was a googly which turned sharply. With a mighty sweep, he sent the ball sailing over extra cover. A six! We all cheered gleefully. On the next one, he played a late cut which gave us another four runs. Displeased at the shot, the bowler attempted a leg break, but Mukund produced the same result, smashing the ball towards long on. I watched him with awe and delight. Why, he never played like that before!

He ended the over with a huge six. A total of 20 runs, it was the most expensive over of the match so far. We were only 35 runs away from victory, when two tail enders got out one after the other. Though we were 65 for 7, we knew Mukund could do the job for us. He did in fact. Exhibiting great bravura, he dispatched three balls bowled by that tall fellow I had warned him about for three big sixes.

'Bravo, Mukund', I cheered as the score reached 83 for 7. Irritated at Mukund's brave strokeplay, the rival players started bowling wayward lines and lengths. Even one of our tail enders could hit a four. But the winning runs came when Mukund blasted a flat six over long off. A cheer went up!

'Hurray, we have won', cried one of the boys. Everyone went mad as we rushed to the middle to praise and congratulate Mukund.

' I never knew Mukund that you were a big hitter. You never scored a run', said Rajan, giving Mukund a pat on the back.

'Never mind. It was his day today. Let's celebrate the win. I'll take you all for a treat.', announced Lakhwinder.

So, we all went to the Hansraj sweets shop and gorged on spangled jalebis, gulab jamuns, rasgullas,  spicy samosas and aloo tikkis. In the evening, Mukund and I walked home together.

' The bat is really good. You played a wonderful cameo of 38 off 10 balls. A record, indeed.', I commented to which he nodded with a rather expressionless face. 'What happened? Are you not happy with the flood of commendations you received?', I asked.

' I am glad but I didn't play all those shots.', he answered.

'Impossible, I saw you myself hitting the ball with the bat in your hands.', I snapped at him. He shrugged and said 'Indeed, I held the bat but it was a miraculous one. It punished the ball itself.' 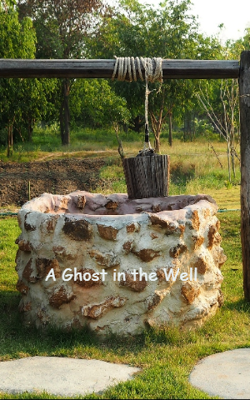