The Joy of Giving

The Joy of Giving

One evening, little Arjun was walking around in a Kid's fair with his parents. It was his first time at a fair. He looked around with excitement and wonder at the lights, crowd, noise, and the colors. As soon as he entered, his parents took him to a magic show which he thoroughly enjoyed. Fascinated with how things disappeared and appeared from nowhere, he had asked his father, "Papa can I learn magic?".

"Yes, dear, when you are a little older". Arjun was nine years old."How much older", he asked."Next year, maybe", replied Kamal. They then went to a balloon shooting stall. With the help of his father, he shot three balloons out of the ten chances he got and he was so happy. Arjun then saw a cotton candy stall in a corner."I want that", he said pointing at the stall. There was a huge crowd around it so they waited for their turn."Which color do you want?", asked the shop keeper.

"Pink", he said. He then changed his mind and soon asked for a yellow one. Relishing his yummy cotton candy, he continued walking, looking around. He saw a clown, Mickey and Minney, Donald duck, bumblebee, minion, and Barbie. He shook hands and took pictures with everyone. They then came to the Merry Go Round. Arjun hopped on the horse, laughing with joy. Soon the music was on and he went round and round. He waved and shouted with excitement when he saw his parents. They kept walking munching snacks they bought from another stall. There it was, a huge giant wheel, lit up with colorful lights. Arjun couldn't wait to get on it. The three of them waited in a long line and finally got in the swinging chair. Only two of them could sit on one side of the chair. Arjun and his mother Reema sat together. Kamal sat on the opposite side. After the buckle check was done for everybody, the wheel started to move up. Up and up it went. Arjun felt like he was flying. It was so high now that Arjun could see a large part of the city. He held his mom with fear and

thrill as she pointed out familiar places to Arjun

."Am I touching the sky Ma?", Arjun asked reaching his hand high up for the sky." Yes, you are", she agreed. And slowly the wheel came down. They went up and down three times before it finally came to a halt. By the end of the ride, Arjun had lost his fear and didn't want to get down."I want to go once more", he pleaded."We will go again next time, we still have lots to see. You don't want to miss out on anything, do you?", said Kamal. Arjun decided to walk on, and they came to a long row of shops selling various items like toys, books, utensils, accessories for women and stationary. Arjun grabbed a lot of toys and comic books. In one of the shops, he saw

a brown color fat pig toy."I want this", he said to Reema.

"This is not for play honey. This is a piggy bank. One puts money inside this to save it", she explained.

"Why should you save it?", he asked with interest.

"So that you can buy your things. Big boys save money and buy things with the money they save."

"Can I also save? I also want to become a big boy".Arjun convinced Reema to buy the piggy bank for him.

Arjun came home tired, exhausted, and happy. He placed the piggy on his shelf and went off to sleep.

It was his birthday the next day. Arjun got a new pair of dress, a box full of chocolates to share with his friends and fifty rupees. He soon ran to his piggy and put the money in it. It was his first saving. Every week his mother gave him ten rupees to buy chocolates or ice cream on his way back home from school. Usually, he spends all of it the same week. But ever since he got his piggy, he started putting some money into it every week. Whenever some relatives visit, they give him money. His grandparents give him money on special occasions. Arjun either gives it to his parents or spends it. This time he took some for himself and put the rest in the piggy. Slowly the piggy bank was filling up. Months passed. He was so eager to see how much he had saved up.

He asked his mother, "Ma, how will I take the money out of the piggy bank?"

"Why would you do that?", asked Reema.

"I want to see how much I saved"

"It is made of clay dear. You will have to break it if you want to see it. If you break it now, how will you save for the rest of the year?".

"What are you going to do with all that money?", she asked curiously.

"You think for yourself and come up with something. It is your money", she said smiling at Arjun.

One day Arjun's friend Arun came home to play with him. Both of them were playing jigsaw puzzles in Arjun's room when Arun suddenly saw the piggy. Arun ran to the shelf, took the piggy, and shook it to check what it contained.

"Hey don't play with it and break it", Arjun said.

"It is my piggy bank. I save money in it", Arjun said.

"My mother said that I am a big boy and I can save money to buy what I want", said Arjun.

"You are not a big boy if you don't put money in the piggy bank", teased Arjun.

"I will also ask my parents to buy me this", Arun said.

"You should not open it until it is full. I will open it on my birthday next month", Arjun said happily.

"What will you do with the money?", asked Arun.

"I don't know.", said Arjun. Arun ran off to his house to ask his parents to buy him a similar kind of piggy bank.

It was Arjun's birthday. He woke up to the hugs and kisses from his parents and grandparents. He put the money he got as a gift in his bank and went off to school in his new dress and a box full of chocolates. The lunch period got over and Arjun was getting ready for his next class. His class teacher came in with a circular.

She announced, "Dear students, how many of you live with your grandparents?", she asked looking at her class. Many students raised their hands, including Arjun."You are all so fortunate to grow up in their company as a family. But many grandparents are not lucky enough. They live along with many other grandparents from different families, far away from home because there is no one to take care of them. They need food, good clothes, medicines, but they don't have the money or a family to buy all those for them. We should help them right?", she asked.

"Yes, Ma'm", shouted everyone in unison.

"Good, tomorrow when you come to class, I want you to bring whatever money you can to help these grandparents. Will you all tell your parents about it without fail?", she asked. All of them agreed to do so.

When Arjun reached home that evening, he ran to his piggy, took it along with him, and went to his mother."Ma, can I break this now?", he asked.

"Yes dear, have you decided what are you going to do with the money?

"Yes Ma, I am going to give it to the grandparents who don't have money."

"Which grandparents?", she asked curiously.

"There are many grandparents who don't have money, my teacher said. She asked to bring money tomorrow to help them."

"Where is your school diary?", she checked his bag and took out his diary. The class teacher had written every detail about the donation.

Reema looked at her son with tears in her eyes. Arjun's grandparents were listening to all this, looking at him so proudly as he broke the piggy bank and collected all the money. Reema helped him to put it in a cover so that he can take it safely to his class. That night, when Kamal arrived home from work, Arjun told him the whole story jumping with joy. Kamal and Reema felt so lucky to be parents to a son like Arjun. 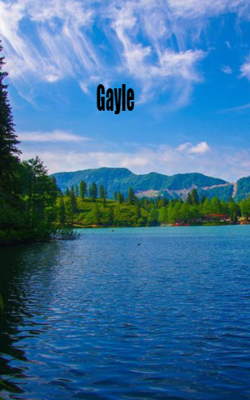