The very ordinary face is lost in some chain of thoughts today. Generally, a sweet smile always possesses his face but today is a special day for him. The whole staff of the company is standing in front of him, which is also not unusual to him; he is habitual of this view but the picture is different. Every day the staffs stand in queue and ask for a cup of tea or coffee, but today they have gathered to bid him BYE on the last day of his service life- this is something unusual for him.

The bright lights of the conference hall are clearly highlighting the lines of aging on his face for which he happily says "beta ye to mera tajurba hai jo mere chehre pe dikhta hai" every time when someone reminds him, that he has grown old. During these years Raghu has seen this company to

grow from a small office to a big company. So many times the board has thought to dismiss the small canteen but it's Raghu's experience and knowledge about everything and his love about his work that made them think twice before taking any action about that.

The big conference hall is packed for a small and simple person who officially is not a part of the company but emotionally is; with his contribution, he is the vintage charm of the company. Though every company does have a canteen Raghu's canteen was different. It's Raghu's motherly behavior because of which, every staff from new to old were aware of Raghu Dada. He not only serve them food but serves them love as well. Every person who once dine in Raghu's small 2x2 canteen becomes fan of his. No one ever skipped complimenting about Raghu's behavior and his way of serving. That is why company never thought to retrench Raghu's small canteen after then. Raghu dada serves them according to their mood. For him, everyone is his child and he treats them so. He never misses to ask whether they have had their lunch on time or not, if not then he makes sure that they should not skip it. He is like the mother who never complains about her child despite bundles of flaws. This company is like that child.

The mike's sound broke-off Raghu's thought and brought him to the present. He never thought, someday he will address so many people at once and everyone will patiently wait for him to speak. He cleared this throat and wiped off the small water drops off his forehead, which clearly reflects that he is nervous, folding this hand he said "Namaste!". Everyone smiled, greets him back and waited for his next words. Raghu quickly glances to the face standing at the corner, who smiled at him and indicates him to speak.

He continues, "from tomorrow I don't know what will I do. I have not planned anything. My daughter told me that it's my time to relax and enjoy life, but I think I enjoyed every day of my work. My family says I don't deserve this small canteen, I deserve a big one, giving directions to others and not working on my own. I might agree to them, but today standing here and looking at the faces in front of me, including them also for whom appointments have to be taken, I feel- the big canteen could never able to give such respect and love to this small Canteen Boy.....". The last word chocked him and tears rolled out from this waterline.

The huge applause roared every corner of the hall. The face at which Raghu looked, now come forward and stood there beside him. Raghu hugged her and cried like a baby; the only expression" he knows to let go of the emotion. Watching Raghu, the audience was not able to react and silence over-ruled. Everyone looking at each other because though Raghu is being respected by everyone including the higher management, but hugging the new CEO who barely know him- is way too far to take. Everyone was eagerly waiting to see her reaction.

Well aware of the reaction in the audience yet ignoring, she patted Raghu and upheld his face. Wiping his tears, she gave him a bright smile. She insisted him to finish but Raghu could barely speak. She held him and made him sit on the chair next to the mic on stage and address the audience- "Hello everyone! Firstly thank you for taking out your time from the very hectic day for this man- who has served half of his life with us. For any other company, this might seem an extra effort to give a "Canteen Boy" farewell so big. But I did not call for this, I only asked those to join who know Raghu Dada, and there you are!".

She continues to address the audience- "It takes a year to get recognized by anyone, and less than a month to forget. He earned this by serving the basic amenities in the way which have touched each one's hearts. Very few get this proud moment in their life, he is surely one of them."

The crowd agreed with her and applaud for him.

She called the award which Board has decided to give Raghu as a gift for this selfless hard-work from the very beginning of the company. Raghu stands up nervously, his glittering eyes smiled, his palms are sweating and he is shaking from inside. He never expected this day for all the dignity he gave to this office, he did not even think of any office bye.

Taking the award, she faced the audience and announce- "Here I proudly present this award not to the person whom I know from years, but to the person who through his simplicity, loyalty, dignity, and hard-work have gained this prestige and wish him good luck for the next innings of his life!!" Looking at Raghu, she brightly says- "I AM PROUD OF YOU PAPA".

The audience which should clap for this stood still in shock and trying to grasp her last words. Raghu's eyes are full with water, he could barely see the caption on the award, nervously looked at everyone and the next very moment was epic!

The crowd clapped, clapped and clapped only for THEIR OWN RAGHU DADA!

Raghu's trembling hands reached the award, he softly touched every cut of it and his fingers trail the craved words written over it -

Raghu smiled at her and a tear rolled down his face. Today he is proudly evidencing two of his life's biggest achievements together. 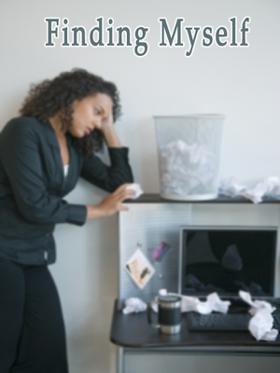