Zoe was hurt badly and was limping on three legs. Still, there was a broad smile on her face and she was wagging her tail in triumph. Finally, she had defeated her rival, Sasha, and had become the alpha of her pack. Speaking of which, where was her pack? She had wandered quite far away while chasing Sasha. Still, it was worth it. Now Sasha will never even be able to show her face anywhere nearby.

Zoe wandered around for another hour, but her leg was hurting her too much, and there were several bruises on her head and neck. She wondered if she would live long enough to find her pack and be cheered by them as their leader. With this thought, she lay down and closed her eyes.

When Zoe next opened her eyes she found herself in a big enclosed space. Moreover, there were humans around! Her eyes searched for an exit but found none. Suddenly, two humans approached her. Zoe panicked and tried to back away, but could not stand up. She studied the humans. One was quite small compared to the other. Then, without warning, the smaller one stretched out a hand towards Zoe. She gave her most ferocious bark, but it came out as a feeble whining sound. The smaller one did something the most unexpected. Zoe felt the little arms tightening around her as the little human hugged her. “You are coming with us, girl. It took a lot of persuading but Mumma finally gave in. You are going to be my Sandy,” the little human was saying. Suddenly, still in the embrace of the child, Zoe felt something she never had before – love.

From that day on, Zoe, who was now called Sandy, spent all her time trying to make the little girl (whose name was Daisy) happy. She loved Daisy’s squealing voice whenever she showed her a new trick.

It had been about a month since Zoe had been living with Daisy when it happened. Zoe was doing her usual rounds of the neighborhood. Daisy let her out alone often because she knew her pet would come back. That day, Zoe heard a sniffling sound. She was surprised and followed the sound. It came from an alley and Zoe went there. It was, as Zoe had expected, a pup. But as the pup turned to face her, she could not believe her eyes. Surely, it could not be…could it? The resemblance was striking. This pup belonged to…Sasha. Looking at the face which looked almost like the one she had hated for so many years, she wanted to turn away. She wanted to go back to Daisy. But she couldn’t. Something stopped her. The pup was about a month old and had obviously been hungry for a couple of days. Zoe remembered when she had been separated, and hurt. If Daisy had not taken her in, she would have died. The memory played again and again in her mind. She was in turmoil. This was Sasha’s baby. But it was still a baby, wasn’t it? And he was abandoned. Maybe Sasha had lost him. But whatever it was, Zoe was certain Sasha would not be coming back for her pup. She wasn’t that kind of dog. So, what should she do?

“Please, Mumma? Sandy is devoted to that pup, maybe she’ll leave us if we don’t keep him. Pleeease?”, wailed Daisy. “Fine”, said her mother, “Keep him. It seems as if Sandy has taken that puppy under her wing. She obviously loves him, even though he is not hers.” “She is that sort of a dog, after all”, said Daisy. “I wonder how she lived on the streets. She probably would have never fought with any other dog.” Zoe, who was listening to this conversation, smiled. How wrong Daisy was! 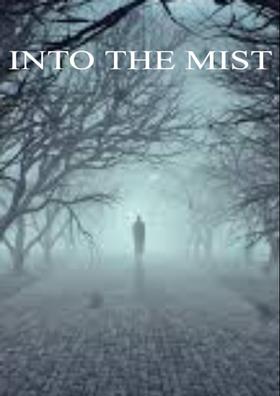