It was raining heavily, Robin was alone at home. The sound of thunder frightened him.

As doctors, his parents had to work late into the night. It was nearly midnight. A

horrible thought came to his mind. What if his parents never returned? What if they

were kidnapped? His father, Mr. Wilson, had been discussing the previous day how the

number of patients had increased due to the summer heat. Robin hadn’t paid him

much attention. He never did. He used to play his video game all the time.

He was playing with his video game even at this time of the night. The sound of

thunder made the hair on his arms stand on its end. But he tried to concentrate on the

game. The electricity had gone but the inverter was still providing backup. In a few

minutes, the whole house would be plunged into darkness. Better said than done. The

whole house was plunged into darkness at once.

He knew how to refill the inverter, he just didn’t want to do it right now. He was

downstairs. Shivers ran through his spine as the sound echoed throughout the house.

He felt dizzy and as though the walls were closing in on him. Now he really had to go.

He was a bit hesitant at first but at last, made up his mind to go. Taking the flashlight

stairs. He had barely descended the steps when he heard the sound of a door creaking

open. He searched frantically for the door and at last saw it where he feared the most.

It was the door to their basement. He slowly made his way across the hall towards the

basement , gulping every now and then. His mom’s favourite vase lay on the floor

shattered into a million pieces. It made his blood turn cold when he saw that the door

was still opening, at the pace of a snail, to reveal the dark secrets which it behold.

‘Never enter the basement’, the sound of his father’s booming voice came to his mind.

It was the moment of truth. If he entered the basement, he would know why his father

restrained him from going downstairs. If he didn’t, he would remain safe for the rest

He decided that it would be better if he checked the basement. What if there were

thieves lurking in the shadows. But it would be too foolish to go without his phone. He

crept back to his room upstairs. He also brought a hammer just as a safety measure.

He took a deep breath. ‘Here goes nothing’, he said as he entered the basement. He

descended the wooden steps to the basement. The basement had an eerie and spooky

atmosphere. The walls were damp and cold. The basement was small, musty and

under construction . A single bulb lit the entire hall which was flickering.

suffocated Robin . Out of the corner of his eye, Robin saw someone creep up behind

him. Robin was too scared to turn around. He had made a mistake by coming here.

‘One, two, three’, Robin turned around at the speed of light but saw no one. He turned

back again and saw someone in front of him. It was a boy who wore a deep red

sweater and blue trousers. But who wore sweaters in summer. He had black eyes

his soul. He had a blank face which expressed no emotion at all. He continued to stare

at Robin who found it uncomfortable.

‘What’s your name? I am Robin. I live here’, said Robin who was making an effort to

‘What are you doing in my basement? Were you the one who broke the vase?’

‘But how can someone live in a basement?’

‘I have been living here for many years. ’

Robin thought the boy was strange and decided to call the police. So he excused

himself and went to the other side of the basement to make a call. But when he

reached the other side, he saw the boy was standing there as though nothing had

happened. Robin swore that he saw that the boy was standing behind him moments

ago. Robin sent an emergency IOS from his phone and hid it in his pocket.

‘What is that ?’, asked the boy pointing at Robin’s phone.

‘It’s my phone. My parents gifted it to me last year. I am a teenager which is why I get

it. Not all my friends own a mobile phone. ’

Talent nodded. Robin said that it is something that can help us chat, talk with friends,

set alarms and reminders and connect to social media.

Talent nodded and said that he knew what it was.

‘Should we go upstairs to my room ?’

Robin was annoyed. He was the only one talking and the boy wasn’t even keen to talk.

‘Ok we can go upstairs if you insist. ’

The two of them left the basement and entered the hall.

Robin refilled the inverter. It took some time. He then turned on the television. The

boys sat on the couch as they watched Robin’s favourite horror film.

‘Have you watched the lights out yet ?’, Robin asked Talent.

‘No. Haven’t heard of it. Have you watched The Grim? It’s a good one’

‘No. Haven’t heard of it but I should check the internet. ’

Robin searched the internet and was shocked at what he saw. The Grim was one of

‘What was the last movie you checked out ?’ he asked Talent.

‘I watched Night and the city &amp; All about eve. ’

Robin searched the internet and saw that they were famous movies from the 1950’s.

‘Have you checked out The Heist ?’ he asked Talent.

Robin was really frightened and thought that there was something wrong with Talent.

The doorbell rang. Robin excused himself and went to answer it. It was his parents.

‘Why are you still up ?’ his parents questioned him.

‘Why did you ring the doorbell ?’

‘We heard the television. ’

‘Talent, he said his name was. He’s right there on the couch. ’

They all went to the hall where Robin knew Talent would be. But Talent wasn’t there.

‘He was right here. I saw him moments ago. ’

‘Well, your grandfather told me a story twenty years ago. He said that he had a friend

they tortured him. Your grandfather, as a child, had been kind enough to let him live in

the basement of this house. Talent had died during your grandpa’s summer vacations.

summer holiday with his parents. ’

Robin’s blood ran cold and shivers ran down his spine. He had been with a ghost all

this time thinking he was a new friend. 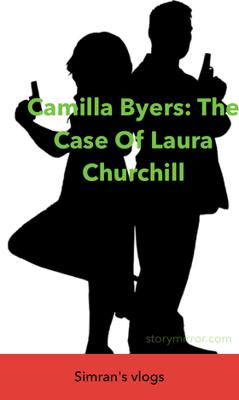