Her tiny nails were deep brown for the mud sticking in them and hair appeared glistening due to shining strokes of gravel and some marked the corners of her mouth. She spent most of her day making castles and writing her name in the clay.

Meera cut her barbie cake having five fairy candles just last week. She has begun to explore the world herself. Colorful butterflies, chirpy birds, ants walking in a line and even a housefly was her friend. She was concerned never to step on the backyard bushes as they were alive.

Dawn was the favorite part of the day, because she yearned to see teacher Aisha, who was everybody’s favourite as she was always polite,wearing a cute smile. Her style of teaching the young minds was exquisite, her story telling ability was without an iota of doubt- The best. Meera had never seen angels, but if there was one then she must look like teacher Aisha.

Building blocks, filling colors in her canvas, making dolls with playing dough and riding on the swings fill her heart with excitement and joy.. Earlier, the only pain she perceived was that of scraped knees and bruised back.

All the kids in her class were her friends, but a lad named Akshit used to tease her by calling her fat. He picked the same toy and wanted to do everything before her. He tried to contain her limitless brain. Sometimes he pushed her a little too hard and ordered her to get his stuff. This filled her heart with fear and terror.

The reason was unknown, but she didn’t relish her playschool anymore. Avoiding him was not working as he still discovers a reason to overpower her.

Teacher Aisha was prompt to notice her behavioral change and also at the same time she put herself in akshit’s shoes to know the root cause of his unacceptable behaviour. Is he exposed to aggressive behaviour at his home? Does he have a sibling/cousin who is a control freak? Or maybe he is unaware that, he is being rude and unintentionally hurting his follies. Her creative mind made an action plan without yelling at anyone.

One day dressed like an exquisite angel she went to Meera. It surprised Meera to look at her favorite teacher dressed in that attire. Making circles with her wand, teacher Aisha whispered I will grant your secret wish Meera.

Meera said she doesn’t like Akshit teasing her and bossing around. Teacher Aisha arranged an entertaining exercise for the group. She brought all the diverse varieties of mangoes, Alphonso, Mumbaikar amongst others. Some were tiny, others full, some were deep yellow and some green.

She cut them and offered it to all the juniors. They adored the mango treat. She expressed that the fruit Is unique in presentation and categories, but they were all delicious. Also from inside they were all the same and sweet Kids understood what their teacher was advising them. We all can be distinct in the display, but inside we all are the same. Also, we must be cordial at all occasions.

Akshit felt guilty but was brave enough to accept his mistake and apologized to the wonderful little girl. Meera”s faith in the fairies grew deeper. Her treasured teacher not merely trained the children, not to ridicule others on the support of caste, color, size or any other difference but likewise to be friendly and warm and not be rude and pushy. 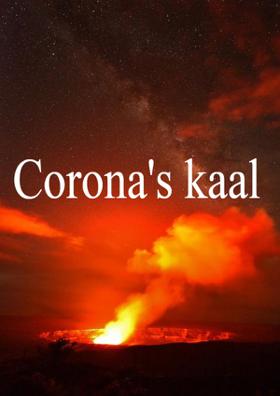