Secrets In God's Own Language

Secrets In God's Own Language

Mathematics would come like philosophy from his mind. He'd link physics to daily life. Students would go to an extent to skip the meal, to attend his lectures.

There is a saying in India's government colleges, "lecturers rarely speak, and students seldom listen." But when Prabhu Kumar lectures, even the support staff would listen.

I'm one of his lucky students. I still remember the opening line of his first lecture, when he said, "If you're a theist, remember that math is the only path to spiritual fulfilment, and to the atheist, remember that nature cannot operate without precise mathematical calculations. If the sun rises in the morning, mathematics is working. Mobile networks work on the principle of the honeycomb. Honey bees built a precise hexagon.

Have you noticed the seashells you encounter on the beach? "They follow the Fibonacci series perfectly."

The entire class was mesmerised when these words came from the mouth of that genius mind.

He then asked a simple question that puzzled everyone in the class.

"Students, have you ever wondered why your teacher taught you addition first, then subtraction followed by multiplication and division?"

Students were baffled by this question. Since time immemorial, the following sequence has prevailed, addition, subtraction, multiplication, and division. But no one ever wanted to know why that sequence followed while teaching.

"Human life is divided into four sections. It's time and again said, humans can live up to a hundred years.

Life's first 25 years are devoted to acquiring knowledge. You add every bit of knowledge you get, right from speaking and walking. Next, he gains the knowledge and skills required to lead life and serve society. Here comes the addition.

In the next twenty-five years, a person gets married and has kids. He spends the money on his family's education, health, and entertainment. He invests his hard-earned money for his family's future. Here comes the subtraction.

The next twenty-five years are very significant. The investments have begun to pay off. In the olden days, it was cows, trees, etc., which after some time started producing an ample number of fruits. These days, people invest in banks through fixed deposits, pension schemes, SIP, equity, et cetera. all of which begin giving dividends. He suddenly feels his money has multiplied.

In the last twenty-five years of his life, he has already experienced everything. He's waiting for death and salvation. He divides his wealth among the next generation and readies himself on the path of spirituality."

The entire class was spellbound. The secret of the sequence was finally out. Prabhu Kumar had indeed told an eternal truth.

Prabhu Kumar concluded the class with some golden words in history. " I want you guys to be so much perfect in physics and mathematics, like those Indian nuclear scientists, who conducted the first nuclear test in 1974. In response to the question, "What are the guarantees of a successful outcome?". One of the scientists quoted with confidence, either this should work, or the laws stated in physics and mathematics are wrong."

"From today, we'll unveil the secrets of physics and mathematics. You'll be studying god's language."

And from there, the extensive journey of inspiring some of the most talented minds began. 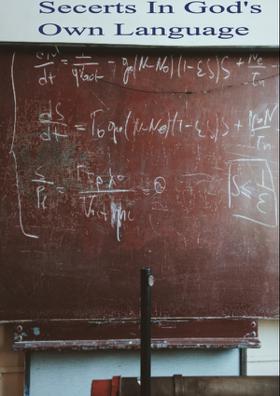 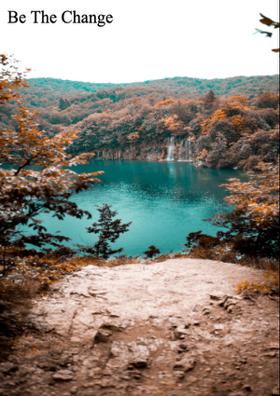