During his stay at maternal uncle’s home, Anindya used to attend the village primary school along with Ankita, a neighbourhood girl. His elders advised him to call her Ankita Didi but he didn't agree as he loved calling her only Ankita.

She was his all time partner. They used to play together along with other girls. The nature of their games used to be completely different from the games of Anindya at home with his truant friends.

The girls’ and boy's games used to differ a lot. 'Family family 'used to be girls' favourite games which boys never liked. Anyway Anindya wouldn’t mind, for a change it was not at all bad. He used to enjoy Ankita’s company from end to end.

One day she went to school without taking him and when he discovered the truth, he became very angry and decided to cut up the relationship for ever. Making his mood off, he roamed around aimlessly and intentionally he avoided all leaving creatures on earth. Although no one noticed his sudden change in behaviour but still he decided to remain like that for ever.

After lunch he didn't go upstairs to sleep along with his cousins. In order to isolate himself from everybody Anindya sat on a log at the corner of the courtyard and he remained there like a stone.

Suddenly he noticed Ankita at the door and he tried to remain indifferent. She called him waving her hand but he strongly ignored. His refusal failed to stop her. Taking a tiny stone she threw that towards Anindya and called him again waving her both hands.

As a rule they had to remain at home until four in the afternoon and she should be at her home. By breaking rules she came to Anindya and nagged him to go out. Most unwillingly he went out for listening to her.

Achieving success she became very happy and took him away from home and within no time they reached under a tamarind tree by the side of a round pond. As he expressed his anger for her going to school leaving him at home, she expressed her helplessness as that was her exam day and Anindya would not be allowed to enter there. Had his name been registered in that school, he could accompany her even on exam days. Realizing the truth the ice got melted and instantly evaporated, Anindya felt.

Then she came to the main point, showing a coin of five paise, she sought his opinion regarding the way to be spent such a big sum!

Dealing with money until then was beyond Anindya’s little life's experience. He became nervous but she kept her nerve and started counselling him. Naturally they entered into a deep discussion and started moving towards the big canal adjacent to the village. The village path was almost empty. Sitting on a huge stone on the bank of the canal, they came to a conclusion regarding the fate of that five paisa.

They walked until the village shop and found the shopkeeper in a dozing mode; waking him up they bought condensed Gur, a type of sweet prepared from sugar cane juice, with that price. After successful purchase, they went back again to their discussion spot on the bank of the canal and started having that Gur. In between, she took out a little tamarind from her pocket and offered him, which Anindya refused to accept as it was a favourite item for girls, being a boy how could he accept that? 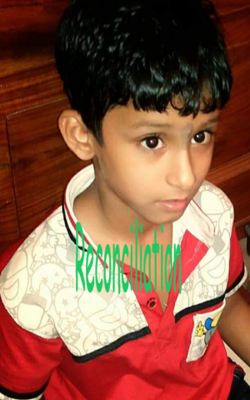