Not Only But Also

Not Only But Also

Ramu too lived in an imaginary world created by things around him. Even a small instance that he saw were added on to his stories. Every story has wonderful beginning but everything ends the same. Disaster. You make a car, you drive it, crash it and you burn it. That's typical Ramu style of narration.

He was too much inspired by super powers dreaming that he'll be a super hero once. Never happened. Before shifting to the village he studied in a convent school. Later his parents joined him in Government school from where everything overturned.

Initial days at school were like a Foreigner coming to Kerala going to a remote village not able to catch what people talking about. Ramu tried hard to be with his friends all the time but was lacking behind basic things. His modern jokes and stories aren't working well there.

Kind of joker? Obviously, Ramu felt the same. He wasn't a crowd puller and remained at backyards. But when it comes to studies Ramu had the upper hand. They were jealous. Or they thought he wasn't their type.

In free periods boys sit near the blackboard and talk about stories and play games as groups. The girls used to be in their space as well. Ramu too tried joined the boys group and wanted to tell his stories which might be interesting to many but no one was literally listening to him. He joined the girls gang. Girls were happy because they have the class topper .

Obviously, Ramu got blacklisted by the boys. He was happy with his new gang and finally got someone to listen his stories. He was happy for that. Even though Ramu was not considered in any boys gang, his stories were getting bigger audience. Children love super powers and Ramu was lit making super stories.

Days passed. A fine afternoon principal send an invitation letter to all the class. There is a story writing competition next week. And winners will get new Cycle from Gopal chettan. Everyone looked at Ramu for a second, because they knew he could win the prize easily. There comes the twist. Only one student per class and story has to be written in Malayalam. Oh.. everyone whispered. Mary teacher requested names and scheduled to conduct a preliminary competition before the main program. Everyone gave names including Ramu.

Father. Topic was too strange. Just father that's it? Someone murmured. Not wasting any time everyone started writing, meanwhile Ramu was not able to write a single word. He was completely filled with thoughts. Remembering what his father does, daily routine appearance and love. What does that mean? Do father love their kid unconditionally? He doesn't remember a thing. Not even a single memory of his father loving him. His dreams went black stopped writing returned the paper with two words - I loved Him unconditionally.

Mary teacher noticed his change of behavior. and later inquired about his dad. Discussed with students not to avoid him any longer with his absence. Later Ramu felt something strange that he was being sympathized with by others and he didn't like that. But he loved the presence of his friends. Ramu wasn't there on the final list but he got into the top list of everyone in the whole class. He not only wanted love, but he found love in his stories.

All the class today wanted to make each period free, gather around Ramu and become part of his stories.

He wasn't alone, but glad to be away. 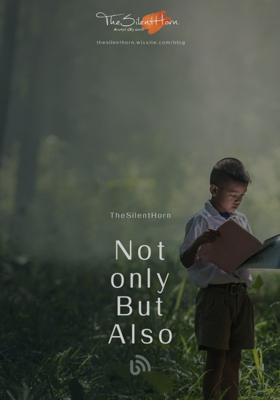