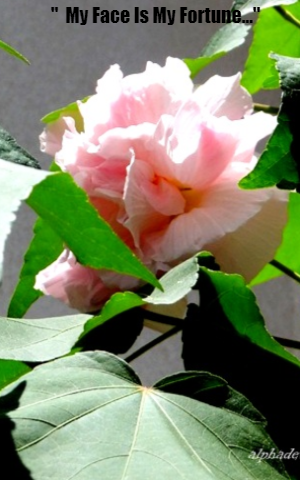 It looked as if the whole house had gone to sleep.

The meal had been heavy, as it was Sunday and far too many items on the dining table. Jyothi had taken extra care and dished out some new recipes. The children loved the fare.

Janaki had helped her as usual, the only girl in the house who loved cooking. In fact, she was passionate about cooking. It was she who had cooked that special palak dish with those mouth-watering fried paneer cubes and plenty of coriander leaves, which were of course not mentioned in the ingredients. She loved the color and smell of coriander leaves and had them strewn in all the dishes. He mother Jyothi's only worry was,

"What will this girl do, if she gets a husband who hates coriander leaves?" Anyway, Janaki had just joined college and wedding was a far away matter.

Manju was in the Medical College and pursuing the final year. Even before graduating as a Doctor, she had started suggesting medicines for the family's small ailments. Her brother Sanjay had nicknamed her as "Quack." Of course, all in fun.

With grandmother Kamakshi still sticking on to her herbal medicines and good old home remedies , most of Manju's prescriptions were consigned to the dustbin. Nevertheless, she considered herself a young Doctor in the making.

Charu, the pet daughter, r was just in her tenth; a bit roly-poly. Yet to become figure- conscious and eating away all the sweets, oodles of butter and ghee with a vengeance. As if all the goodies will vanish from the face of the earth very soon and she had to have them as quickly as possible while they lasted.

Sanjay who had come down from Delhi, where he was pursuing Architecture and would break into our National language once in a while- showing off his prowess in Hindi- as Manju would say very often- was in his room literally building a castle in the air. He had been asked to return from his holidays, with a model of a modern Castle on which he was working. Papa Sambandan was away at the office on some conference and had left early after having a quick breakfast of cornflakes.

"Ugh!! God knows how you eat this hay ," his mother Kamakshi would mutter.

"Jyothi, why don't you serve him Iddlis or dosa." She would ask her daughter-in-law.

No. He wanted a "healthy Breakfast " every day and cereals were the most "protein filled " breakfast item. Iddlis and dosas made one fat, according to him. His daughter Manju's pleas that even in German hospitals, iddlis were served to the patients fell on his deaf ears, which otherwise were functioning quite normally.

The commotion started, when Janaki entered the kitchen at three in the afternoon to prepare tea for all. That chore was assigned to her on Sundays and on vacations. She loved making tea. She was pounding fresh ginger with a song on her lips.

Jyothi was the first to see them.

Yes, the green and brown spots on her daughter's left cheek and neck. She got panicky and called out.

Manju who was reading a book on  Robotic Surgery left the book on her table and came hurrying by.

" What is it Ma, ?" She asked with concern as her mother never lost her cool. Something really serious must have cropped up to disturb her sangfroid.

"See Janu's face. There are some greenish brown spots. They are on her neck too."

Janu heard her mother and as reflex action, her right hand went to her face and Manju caught it just in time.

Manju stared at the spots for a while..

"Hmmm...greenish brown spots. Hyperpigmentation. Could perhaps be intestinal bacteria Helicobacter pylori. I suppose you should use ..."

"It's on the face. I will not take any risk. What if she is allergic to the cream you suggest?"

Manju sighed and said, " Amma. This will go away. It looks very superficial."

" No. Let us go and see Dr Rajesh. He is a Skin Specialist and would know what to administer."

By then Charu and Sanjay had come too.

" What is it Janu? " Sanjay peered into her face and blew a whistle.

" Phew! That looks pretty serious. On the face too. Maybe the palak did not agree?"

" But I have been having palak quite often." Janu wailed. "Oh!! Why should this happen to me."

Kamakshi came walking with the help of a stick. She was bent into almost two. Obviously, as she was aging. This 'bending into two ' ran in the family.

Charu explained everything loud to her, as she was a bit hard of hearing.

" I have told you hundred times not to be using all those English Creams. You never listen. All you need is some turmeric everyday on your face and no blemishes would come." Kamakshi boasted of a clear complexion even at this age. She had glowing skin.

"But Grandma , they are all Ayurvedic creams," argued Janaki.

Manju was a pro allopath Doctor with a disdain for Ayurvedic products. "Hmm, must have been the presence of extra arsenic in it."

" But Manju, the contents do not specify or even mention Arsenic. They are all fully herbal. You allopaths are unnecessarily biased against Ayurveda products. "

Janaki had a penchant for perusing all the products before buying them. Jyothi had nightmares when this daughter accompanied her to the shops. She would snatch and put back some products from the shelves in the Supermarket saying

" Come on Amma. This expired a month ago! And you want to buy this. Come let's move to the other section."

" Okay. I will prepare tea and take Janu to the Doctor. She dashed into the kitchen.

"You go and change Amma. I shall prepare the tea for all."

Janaki looked really crestfallen' She was proud of her complexion and her figure.

Charu sang in her thick voice-

" My face is my fortune, Sir you know, Sir you know.." she was really musically challenged and Sanjay doubled up with laughter.

" Come on Janu. The Doctor should perhaps give you some cream and your spots will vanish. Phikal muth kar ( Don't you worry) ."

Jyohi had changed into a crisp cotton saree and all of them had tea.

"What is the necessity to wear this new starched saree now, Jyothi? Yesterday's saree is in the coat-stand. You could have worn that." Kamakshi chipped in drinking her tea.

"Aw!! Granny. Do you have to treat Amma like a college girl even now? Let her wear what she wants," Sanjay had become rather bold these days, pitching in for his mother whenever the occasion demanded.

" My boy, I am not dictating anything. The poor girl will consign this to the bathroom bucket once she returns from the clinic and she only will have to starch this and iron this again! "

Janaki got up to accompany her mother and make this trip to the Doctor's Clinic.

Kamakshi glared at her and shouted to her

"Don't go like this to the Doctor with this sleepy face, Go and wash your face. You people never have the habit of washing your face after getting up from sleep. You never follow any good instruction or unwritten rules!! "

"Yes," said Manju, "Grandma is correct. Be a bit more presentable Janu and get rid of that woebegone look from your face . The world has not come to an end !! "

Janaki washed her face and extended her hands for the towel. Manu's hand holding the towel stopped half way.

Charu pushed her and and peered at Janaki's face.

Manju reached out and turned the face towards herself. No ! Absolutely clear. Kamakshi peered into the face. Sanjay was chuckling.

" Must have been the tomato and garlic paste that you had ground in the mix for the pasta you promised to dish out for me for dinner. Phew! What a scare you gave us !! "He went off upstairs humming a song.

'Yes, " Jyothi said." Must have splattered from the mixi jar when you opened it! What a scare you gave us Janu.," She said and went off to change that crisp cotton saree and get back into her old crumbled one.

" And I thought it was some sort of hyperpigmentation. Oof! What a scare you gave us Janu." She went to her room to pick up the book on Robotic Surgery and continue from where she left.

" This is why I keep saying, wash your face when you come out of the kitchen. Who listens to me! "

Charu went into the kitchen to fill her pockets with potato chips as if there was no other care in the world.

Janaki went to the mirror to confirm that her face still glowed with that spotless sheen. She was happy. 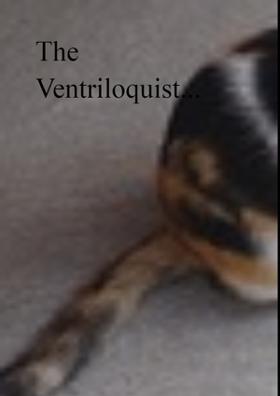