Mother Sparrow And The Cobra

Mother Sparrow And The Cobra

Once upon a time, there used to be a mother sparrow living with her three young ones in a remote village. Since the day, the eggs had hatched, the mother took care to teach her young ones the ways of the world.

Every day early in the morning, the mother would leave her nest to look for food to bring back for her babies. The babies by now could just open their eyes, yet were fully dependent on their mother for their survival. Whenever the mother would leave, the babies cried their hearts out in their feeble voices, trying to convince their mom to come back soon.

It was all good for a few days until one day when a cobra living close by got a hint that there was decent food waiting on one of the nearby trees.

The cobra had no friends. He was scared of humans who had killed its brethren. Birds would always try to steer clear of him as he repeatedly ate their eggs and their young ones that couldn't fly. He was no longer young, age had taken its toll. He couldn't even see clearly. But his sense of perception was strong, it helped him survive still.

For a few days, he observed the nest from the ground. He observed when the mother came and when she left. He hissed looking at the young ones trying to chirp.

He knew there was not too much time left, as once the young ones learn to fly, his food would vanish forever!

So he planned quickly.

He would lay an attack on the nest as soon as the mother is out. That would give him enough time to devour the meal and then escape the scene silently.

The only issue was, the nest was perched quite high. Ah! His age! He wished he was as agile as he was before. Anyway, a cobra got to do what it's got to do, he thought.

The next day was the day for action. All evening he cuddled around the tree trunk, looking up briefly at times to see what the kids were up to. He saw the mother was exceptionally affectionate to them. He couldn't help but think of his own mother too. He had her briefly before those wicked human beings killed her in front of his very eyes. They had literally beaten her to death and even in her dying moments, she had urged him to escape deep inside the hole at the end of the forest, which is why he is alive today. Snakes have no tears, but he felt the pain anyway.

Ah! Damn! Why did the sparrow mom remind me of his own! He is only looking for food. It's as per nature's law of sustenance. He does not intend to kill for pleasure! He does not wish to kill for enmity, it's just food! Come on! A cobra does not eat grass, does it? He never did!

While these thoughts clouded his mind, the hunger was most definitely making its presence felt too. Shoot! The next day early morning whenever the mother sparrow leaves her nest, he would have his food. Just a few more hours! With this, he tried to take a nap at the base of that same tree.

Meanwhile oblivious to all these developments, the sparrow mother had a good night's sleep with her kids and next morning she woke up with a yawn. Like every morning she kissed each of her kids and decided to take the flight. Like every day she decided to fly around the tree for signs of any danger and there she saw! At the base of the tree, death waiting!

"Dear lord, what an agent of death have you sent? That's a huge cobra! That's death incarnate! How do I save my kids now!"

With this she flew down, unperturbed about any danger to her own, near to the cobra, and started shouting at him in a deafening tone, trying her best to shoo him away!

The cobra woke up and was extremely angry at this new development. His plan was in danger now as he had been found out. He looked at the sparrow mom with vengeance and hissed ferociously, thinking to himself -

"Oh cute little lady, go away! If you come any closer, I would eat you alive! I am sure you taste better and are fleshier than the tender meat in the nest!"

The sparrow mom was defiant, she did not care for her own life. All she wanted was to have this demon leave her premises. She started a scathing attack, hovering over the cobra, trying to hit his body with her beak and then flying away, before returning back and repeating the same.

The cobra was not one to take blows easily either. He raised his head and hissed ferociously, aiming to spit venom at the little bird, but he missed everytime. His age was catching on and to make matters worse, the evil bird had managed to inflict some beak wounds near his tail.

Finally, he managed to look the sparrow mom straight in eye and he was stunned!

It seemed she was his own mom, trying to save her kids from unnecessary aggression. His old memories started to haunt him more than ever before. Flashback of his own mom struggling with the heavy blows inflicted on her and yet signaling him to leave. Damn! It was all replaying in front of his very eyes. Only this time he was the predator, not the prey.

Suddenly the cobra did something the sparrow mom had not anticipated. He turned around and made a dash towards the jungle, away from the tree. He moved quickly and didn't bother to look back.

The sparrow mom heaved a sigh of relief and she slowly moved back to her nest. No today she wouldn't leave her nest again!

Little did she know... 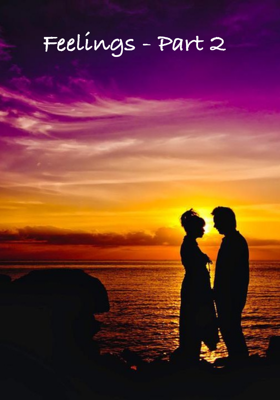