This is for all Dog lovers. Love them; love them unconditionally.

We lost our dog recently. He passed away peacefully in his sleep.

'Jack & I' is about the memories I share with an angel named Jack.

May his soul rest in peace in the doggy heaven or wherever it is they go after leaving earth.

He had been a companion and a family member for almost 14 years.

Jack was my life, he was my dog; a black Labrador. He was my dog and I was his ‘Hooman’.

Often, people take it as an insult if you call their dog, a dog.

Humans are judgmental and selfish but dogs are not.

In fact, calling them human is an insult.

When dad and I went to a clinic in INA colony, Delhi, he was wrestling in a small cage with a Dalmatian pup.

I fell in love with him the moment I saw him and decided to adopt him.

I was battling depression then and his touch felt like a miracle cure.

I picked him up in my arms and he licked me and scratched me with his tiny little paws.It was love at first sight.

The reason why my family decided to adopt another dog after we lost the earlier one, Romeo (a German Shepherd) was because of my depression.

After we lost Romeo we had decided never to adopt a dog again, but somehow Jacks’ coming into our family was destiny. Romeo was also quite close to us.

I carried him to Gurgaon in my lap.

It was visible that he was excited to be in someone’s lap rather than be in that cage.

He was this little bundle of joy who could not contain his excitement about being adopted.

He would not stay in my lap in the car and kept slipping out of my grip.

He kept moving around licking me, sniffing and exploring the car.

We named him Jack because when he arrived at our house, Titanic was playing on the television; hence the name Jack.

Jack was fearless and moved around in the house like a boss.

I followed him with a camera around the house making a video, I still have that video.

Using a cardboard box and an old sweater I made a bed for him but he would not stay inside the box and jump out every now and then.

My granny fed him milk using a bottle like a child. It was mixed with water.

Everyone in my family fell in love with him, including my mother who was not fond of dogs at all.

He marched his way, wagging his tiny little tail, right into our heart.

He was all over the place and the first night was terrifying because everyone was afraid of stepping on him in the dark.

He was black so he was not visible in the dark. So, we kept on the lights and got up carefully during the night.

I tied a small bell in his cute red collar to keep a track of him.

The first morning was tense because he ended up chewing through my mother’s slippers at night; not the best way to impress her. Henceforth, all slippers and shoes were kept high up on the shoe rack when not in use.

But, every now and then, he would get a chance to get hold of one of them and made full use of the opportunity.

We lost countless slippers and shoes to his frolicking. Not to mention my passport and new mobile phone screen as well.

He didn’t spare anyone or anything with his chewing.

He once chewed through my passport and that too on the vital section so my visa application was rejected.

He also chewed through my Sony Walkman phone and my niece's homework register amongst countless other things.

Over the years, we got him so many chewing toys and doggy goodies but he somehow had a taste for household items.

He grew up fast and big.

He was full of energy all the time.

Dad would take him out for a walk, every morning, and so did me the brother, whenever our shift permitted us to be at home early morning.

He would be all excited, waiting for us to wake up. Any delay and he would lick his way into our bed.

Reality is that we didn’t take him out for a walk, he did.

He was the boss all through the walk. He would turn around in any direction, follow anyone he wanted and we would just follow him.

He brought discipline in all of us. It was because of him that we started getting up early for a walk. He was, sort of, a teacher.

His touch, constant licking, tail wagging, and keeping his chin on my lap; worked like magic. With him around, I totally forgot that I ever had depression.

His licking was magical. Mom would always be upset about him licking us, about us getting sick because of the germs but for us it was harmless.

We would get constant scolding from mom for letting him on the bed but Jack was the boss.He did whatever he liked and dad, me and brother only obliged even at the cost of getting mom angry. He hated going to the vet and travelling in the car so we got one at home. His sheer size scared the crap out of the vet and he would always insist on me and brother holding Jack from front and back as well. In reality, he was a gentle giant. My dad called him a saint. In the last 14 years, he had never shown aggression.

Guests in our house were always scared of his size and barking but he only barked because he wanted to cuddle with the new ‘Hoomans’ in the house. His bark sounded to me as if he was saying; “hey hooman, why are you sitting so far, come closer I want to lick you.”

Whoever let him close to them had only received cuddles and love from him. His need for cuddles was insatiable.

They would climb over him, pull his ears and tail and he would never get aggressive with them.

In fact, he was never aggressive with anyone, ever.

We could understand his language. I could talk to him for hours about the good experiences and the bad ones as well.

I haven’t seen a better listener in my entire life; no Human can ever replace him.

The fun part was whenever mom would cut vegetables around him; he wanted them all. Till the time mom would not give him his share, he would not stop talking.

Holding his paw was the best stress buster in the world. All the sadness and sorrow would vanish with his gentle touch.

I am gonna miss his energy.

I could go on and on writing about Jack forever but, as I write this piece I am choked with emotions at the thought of not being able to see him ever again. The thought is simply terrifying.

Wish I could give him that last hug which I missed because I stay in a different city now. I only reached on time to get a last glimpse of my boy.

Wish I could reverse time and bring him back again. May his soul rest in peace.

Thank you for taking the time out to read about Jack. 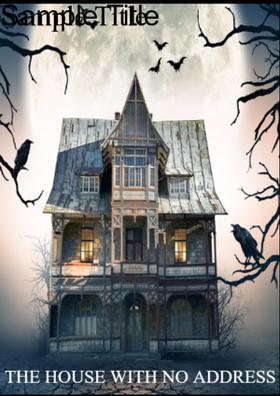