This was the saddest ever dinner we had at Uncle Percy’s house: it was the last one we’d have together for a long time. To put it short, our vacations were ending the day after tomorrow. So, naturally, we had to get home tomorrow. Now we’d have to wait for another year before meeting our favorite uncle and aunt. But, how can a single minute go without Uncle Percy creating a disaster? Do you know what he did this time? He offered to help us get ready for our return trip. Let me brief you on it so that you know what to expect: it’s every single thing that happened on our vacation, although it happened in ten hours. We laughed like crazy as we were on the dining table we bought with uncle in the first week of our vacation. So, this is one long story, cause the day was brimming with comedy. Onwards with this last adventure with everyone’s favorite uncle.

“Uncle, I can’t find my beach bag,” Tamara shouted a complaint out for the fiftieth time. “Tamara, do you seriously think uncle can find his own things,” Aunt Maureen scoffed. “Tamara, here you go,” I said, handing her the beach bag she bought when we went to the beach. Uncle came running up to the room. “I’m going to the grocery store. Anyone want anything apart from what your aunt told me to get?” uncle asked us. “Oh, just a few packs of precooked chicken for me,” all of us said at the same time. So, you want me to go to ‘The Devil’s Cart to pick up four chicken breasts,” uncle moaned. “Yes,” we chorused. “Did you rehearse,” uncle asked. “No,” Pepper said. “Why do you think that?” “Percy! Why on earth is the cat in the fish tank?” “She was hungry, and cat food wasn’t on your list, so fed her the fish.”

Just then, Tyson, Millie and Rebecca came into the room, all muddy and sticky, and started crawling all over the clean laundry, like they do on laundry day. “Ugh, guys! We spent an hour on that laundry,” Pepper cried. "Everyone, listen up! I’ve gotta go to the spa to pick up a few things. Percy, please microwave the food that's in the fridge. And whatever you do, don’t do what you did last week, when I went out with my old friends for the day.” “Yeah, when I did perfectly, but the kids didn’t listen, and spoiled the food.” “No, I meant no takeout chicken today. They can’t afford to have them sick.” With these words, aunt went off to get her ‘mystery packet’ (a.k.a facial) at the spa.

We cleaned up the kitchen, and went into the living room, and found out that the cat had gotten out of the fish tank and was now roaming around the living room, looking for something to drip on. Well, she had already dripped all over the living room, so, technically, she wanted something to stain with the remaining water. She finally plopped down on the recliner and began licking herself. Suddenly, the triplets woke up and began to cry. The cat yowled and scratched the leather of the seat. “Uh-oh,” Millie shouted. That meant she had soiled her diaper and needed a new one. Just when things couldn’t get any worse, Uncle Percy walked out to tell us that he found some old chicken in the fridge, that we could eat. He slipped on the water the cat left and hit the sofa. The sofa rolled all till the end of the room and broke the antique vase we got for aunt.

Suddenly, the door opened, and Aunt Maureen walked in. “What did Percy do now,” she said. We narrated what happened. By the time we were done, she was roaring with laughter. “I’d send you to get the groceries, but that would mean more disaster,” aunt said between laughs. She went on. “Luckily, I went to the grocery store too, and I got dinner for us.” We erupted in cheers. With no lunch and the ruckus that took place in the house, we were famished. We set the table and began to eat. When we had enough stamina to talk, we began to discuss what happened over the trip. “Remember the time we went to the beach,” Tamara said, crying with laughter. “Yeah, and how uncle got lost and attacked by crabs,” Pepper added. “Hey, don’t forget what happened at the restaurant,” I perked up. “You actually went into the kitchen, and shouted at the chefs.” “What? That meat was disgusting”

When we were almost done with dinner, Aunt Maureen’s phone buzzed. She picked it up and talked for a few minutes. When she was done, she sat down at the table again and looked very grave. “Rachel,” she said to me, “your mom just called. There is some virus, I don’t remember the name, and there is some sort of lockdown imposed over here. So you all will be staying with us for the next few months.” Well, I guess we gotta brace ourselves for some more disaster because we’re locked down with Uncle Percy! 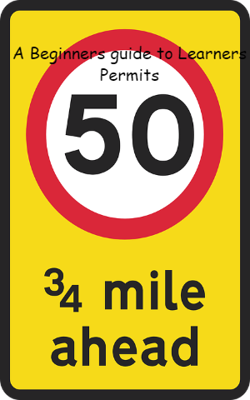