Diary Entry : Do We Deserve The Best?

Diary Entry : Do We Deserve The Best?

Even after dusk, the breeze continues. It had been a great day at school too. In the morning, I had woke up late hence I had not got the time to read the newspaper. When I read it in the evening, one of the headlines were: 'JT Express found dirtied and littered by passengers on its very first run'. I was shocked to read this. I had recently read about the JT Express which was an Indian train but give you a feeling of foreign trains . I read that the washrooms were clean, the chairs could be adjusted as per the passengers needs, a small television was in front of every passenger, like aeroplanes you could call an attendant for any kind of help and the most amazing thing is the train ran at a very high speed. The train was scheduled to run for the first time on 22nd May. When the train reached its destination JT Express was found to be left dirty and littered. Many passengers had stolen the televisions and headphones, the toilets had not been flushed in spite of the fact that the flushes were working, teacups and other waste was found under the seats. I am disheartened to know that even if India develops, Indian minds have yet not developed. I hope that some strict action is taken against these passengers so that such behaviour is not repeated. 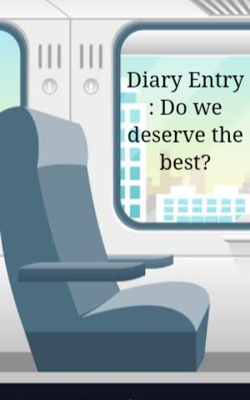