It was a regular day in their lives. Who them? They would be Riya, Raju and Ritu. Studying in 5th grade friends since childhood? Nope. Since 5 months. But they were inseparable, like summer and ice cream, porch and the swing, idli and chutney.

Raju was the mature one, already loaded with a lot of responsibilities of a younger sibling at home; he would often think of running away , but then tell himself

Riya on the other hand was the only child so mischievous and always getting in trouble. But she was always the one with life. She was one of those with tooth half broken, untidy hair, uniform tuckered out, face having ink marks kind of a person. What did her parents think? Nothing! Nothing at all. They absolutely loved her! They believed its all right unless she does something wrong morally.

Now we are left with Ritu, she was the one with sparkling white shoes. Neatly oiled ponytails. Full clean teeth. Ironed uniform, nails clipped. And bag filled with all books just incase. She was the child every parent wanted. Why? Cause she never said no to anything. She was so quiet, well behaved easily manipulated and believed easily on people. One day she drank vinegar instead of water cause her brother told her that it was water...

The bell rang at 5:45 and buses stood outside the school like cattle. Kids leaving the class like cloudbursts and rains. Everyone in a hurry nobody wanting to wait. Someone got so excited they even wet their pants. But leaving everything apart, Raju Riya and Ritu always longing to meet each other, finally met.

Riya has not had her share of mischief today so she suggests to not board the bus but walk towards home. Which is just a few kms away. Ofcourse this decision took a lot of efforts from riya to convince but she finally got a yes and off they went.

All the things around felt free, After school was never so good. The sun sinking at the horizon, birds going back home people doing their walks, all this felt content inside.

Now Riya had some majestic plan inside her head, and that was taking a shortcut.

And that shortcut my dear friends was from a small park. But, but but, that park they say is cursed and haunted.

It takes her almost 17 mins to make them agree. When they still are reluctant she gallops her way and runs away into the park. And as they're best buds they follow her and in she went. For the start it was very normal for a garden. Just like any other park. Next as they reached the middle of the garden, it started to become dense and a bit dark. Riya saw something to her right and ran towards it like a lizard chases a bug. While the other two lads were wondering of what it might be. And taking baby step with each step increasing their speed decreased.... It was pin drop silence ... One could hear their heartbeats....

What they saw will blow your mind.

They saw, a very very very beautiful and scenic pond built by a ridge of grassland. Riya was sitting there with her shoes in disarray and feet soaked in the water enjoying the fishies tickling and making her giggle. She called Raju, he laughed and joined her in... But Ritu, she was too scared to fall inside and tensed. Her mind played multiple thoughts and too much to think about

But Riya told her, Come along, I have got your back, I am beside you atleast try. I will fall if you fall and never let you get hurt. Atleast try!

Ritu asked, Do you pinky promise?

Riya crossed her heart and promised her

Ritu joined in and one couldn't have seen her eyes smile!

And then she said, " I'm glad I tried something before deciding or judging" 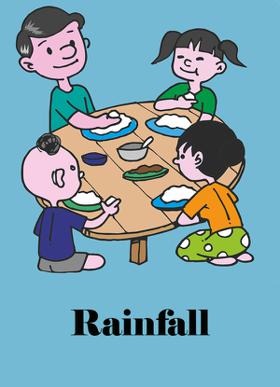