"Sishire Sishire Sharodo Akashe Bhorer aagomoni." Every Bengali start the day of Mahalaya with this song, this song means The arival of dawn in the forst of this Autumn sky. Yes, A big day for bengalis, According to bengalis Mahalaya is the indication of the homecoming of Devi Durga (Goddess Durga) with her four kids Lakshmi, Sarawati, Karthika and Ganesha, which we Bengali polpularly call as Aggomoni. This day means the win-over of the good power and the end of the devil power. Now you might have question how? So to answer this let me take you to the tour of historical mythology. Many of us know and read Ramayan.

According to Ramayan during the 14 years of Vannvash when Queen Sita was being kidnapped by the Lankha king Ravan, to rescue Queen Sita and defeat the Lankha King Ravan, Lord Ram had worshipped Devi Addhashakti. In this puja of Devi Addhashakti Lord Ram was being instructed to offer 108 Nilkal flower to Goddess, according to that Lord Ram had collected 108 Nilkamal flowers and begin with the rituals of the pooja, now when the pooja was about to end he found there was a shortage of one Nilkamal, he thought for sometimes that he had collected and counted the number of flowers then how can there be a shortage of one flower. Time was running out so he decided to offer his left eye to Goddess in place of the one Nilkamal flower and fulfil the requirement of pooja and complete the pooja. Seeing this dedication Goddess became satisfied and asked him for a gift(which type of power or blessing he wanted), so Lord Ram asked for any such weapon which can kill the devil power Ravan and rescue Queen Sita. Goddess gave him a Brahma Astra and said "this brahamastra will help you to defeat devil power Ravan and rescue Sita, the day you will defeat Ravan and have your victory it will be known as Dushara and in the month of autum I will be worshipped by all and it will be known as Navratri. " This is the one part of the story now the another part is why Navratri? So for this there is again a story of Nine forms (Nava roop) of Goddess.

Each day of Navarati is being worship for Nine different form of Goddess Durga or Parvati. The nine forms of Goddess Parvati are: Shailaputri, Brahmacharini, Chandraghanta, Kushmanda, Skandamata, Katyayani, Kaalratri, Mahagauri and Siddhidhatri. These forms are popularly known by all of us, but according to the shri shri chandi stotra there are some other forms also those are names as Durga Saptasati and they are :- Devi Jogumaya, Devi Raktadanta, Devi Durga, Devi Sataakhi, Devi Sakhambari, Bhima Devi, Devi Brahmari and Obviously Devi Mahishasur Mardini(Popularly known as devi Durga or Devi Mahamaya).Let's see what is the historical myth behind this. Let's begin with devi Jogumaya she had saved Lord krishna from king kansha and defeated Shumba-Nishumba asura. Devi Kaushiki kali or Devi Chamunda she had saved our Heavenly Earth from the asur name Raktabeej. Devi Durga or Devi Ambika who had killed the asur name Durgum. Despite defeating the asur name Durgum, our Heavenly Earth was still dry, to save our Heavenly Earth from this condition Goddess took the form of Devi Sataakhi she watered the land on our Heavenly Earth from the tears of her seven eyes. Now it's time for harvesting, so Goddess took the form of Sakhambari.

During the kurukshatra war Pandav brother Bheem was being instructed to bring bheema devi anyhow at anycost by king Yudhishtir and Lord Krishna, so he went to ask bheema devi to come along with him she had put forth one condition that he cannot able to place here anywhere in between the path of kurukshatra if he did then wherever he will place her she will be worshipped there and she will not move anywhere listening to the condition Bheem agreed with her condition and carried Bheema devi all the way but just before few mile away from kurukshatra Bheem felt thirsty so he kept the idol of bheema devi at one corner and beat the land from his gadha to bring the water out of Earth, after drinking water when Bheem tried to pick the idol of bheema devi he didn't abled to pick the idol so she was being worshipped there by creating a temple of hers , thereafter she Deafeated many asurs those who trouble the saints. Devi Brahmari she had defeated asur named Arunasur, this asur after praying for 40 years he got a gift from Lord Brahma that he won't be get defeated by any two legged or four legged animal

Soo goddess took the form of Brahmari (bees) to defeat him. Now the last Devi Mahamaya she had defeated the asur name Mahishasur, this asur can take the form of buffalo at times and he had been gifted the power that no male deity can defeat him only any female Goddess will able to defeat him so all the deities from heaven called devi Mahamaya and asked her to save them then all the deities given their weapons respectively to Devi before the war. Lastly we all know that these all are the form of Devi Parvati the motherly figure and her arrogant form is popularly known as devi kali or Raktadanta. Hence this is all about the historical myth. Last but not the least I want to end this story by saying one famous stotra of we bengalis "Rupam Dehi Jayam Dehi Yasho Dehi Dvisho Jahi" the meaning of this stotra is The devotees request her to grant them spiritual beauty, prosperity, name, and fame. 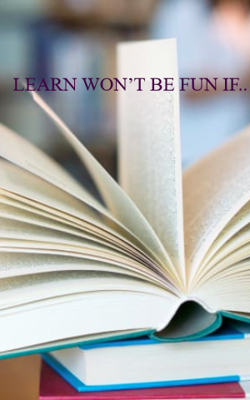