It was December 21, 2020, I was in school and suddenly I saw a door and it called me” Sofia come here come, don’t worry. “ I went inside the door and saw that the place was very deck out. I saw two girls gazing at me for few seconds and one of them said “Hi Sofia! we want to show you something” I said ” Hi but how do you know my name and what do you want to show me?” she said “ We know you and we will show you, but for that, you have to go somewhere, “ I said” okay let’s go” then they took me to a deck out castle it was known as ‘Raj Mahal’, then they took me to a king, the two girls said” good morning your majesty, we have found your daughter”.

Father said “surely I will conduct a party “At night we really enjoyed the party but I saw few poor people who wanted to eat food but they didn’t have money so I asked my father to help the poor he said “okay Sofia I promise you” I got happy and now we really enjoyed the party but unfortunately our enemy attacked us and during this, my family was killed by seeing this I became unconscious and fainted. After some time I woke and listened two sound one said “ your majesty, we kidnapped princess Sofia and she is here” other said “ Good, very good you know that I can even die for her” then he opened my door and said, “ hi princess Sofia , how are you?” I said “I am fine but who are you?” he said “Princess Sofia I am Prince Charles, and I am your enemy but I love you very much and for you, I killed my parents even.

Oh! It’s already late and you have to sleep because tomorrow is our marriage and here are your clothes, make-up, and other things. Bye” But God helped me as Prince Charles opened my door but not closed it!  All were sleeping and I ran faster than my speed. Then I saw that door where I came from! Then I saw my school and my friends and I saw Emma and she said “Sofia where were you? You know that we were finding you for 12 years! Hey Sofia, I have made a card for you” I said” wow what a card! Okay now can you please tell me that what date today is?” she said “It is December 21, 2032”

I told her about all my adventures and she got frightened and said “wow! What a great adventure you had Sofia! ” I said “it was, but it was very difficult and when I reached mother, sister and father hugged me happily I was dancing and then someone woke me and after that I felt that it was just a dream, a strange dream!.. 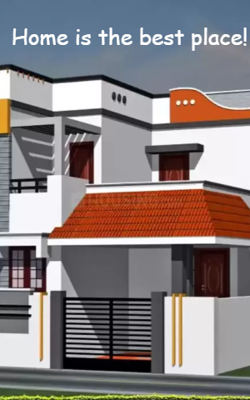