It was a chilling day. She was sitting right there behind the broken wall of an under-construction building. I couldn't see but I could tell that she was cooking something. It could not have been a stove so I was sure that it was a chulha. I could see roughly everything from a distance where I was having tea in a Tea Stall that was nearby.

Oh, She must be coughing too because I could see smoke. A part inside me wanted to go and look if things were fine there. But we are told to not mess with anyone until a significant reason is available. But I wanted to know who lives there and how they put up in cold weather and similar things regarding it.

The shopkeeper was busy serving tea to his other customers and I was looking towards him to get his attention. As soon as he looked at me I asked him if anyone lives there. He said, "An old couple."

After finishing my tea I was looking my way back home and I saw an old man walking toward that building where possibly her wife was cooking. This old man was in his 80's or maybe more. I was really shocked as I didn't thought he would be this old. I was more surprised and curious now to know why at this age they live like this and especially alone.

A few consecutive trips to this tea stall and I realized that most of the stray dogs that live hereby are fed by this old couple. Now, I got more curious about how this old couple makes money for food for themselves while also feeding a bunch of other bellies. There was respect for them in my heart now. I wanted to help them. I think anyone who saw them would want that too.

It took me a day to gather the courage up to finally talk to them. I took small and slow steps towards that under-construction building. I was scared for no reason. Nervous to interact, people call it. As soon as I crossed that broken wall it became easier. I saw an old woman cooking which as I expected. Also, I saw a few puppies playing around in the rags nearby. The very next moment that old man came and asked me if I needed anything. I said," NO, I came to help. Like if you need any to feed dogs or something". I groped my pocket one by one to take my wallet out.

He gently held my hand and said, "No dear it's okay." He continued," we have enough to make a livelihood and we are doing fine". He walked away in a different direction and took some stuff from there and went somewhere else.

My mind was blank. I greeted the old woman and went back home. No matter how many times I thought about it all I could learn and gather from this situation was SELF-ESTEEM brings in pride in a good way regardless of your lifestyle and earning capacity. 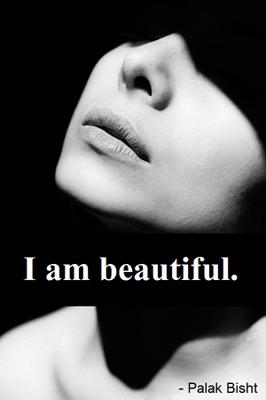