She answered the phone

As a nervous 10-year-old would

Twisting and growing into a feeling of unknowingly scared,

Un-suppressible confusion of pain, not knowing her place.

What will he say?

What will she say?

Does he think of me?

An ocean of emotions emerges

There is excitement at first, a furious burst, a sadness emerged

Wrestling with a puzzle of words that do not fit

Recycled and un-equipped to speak to him

Waiting for answers to things not understood

The importance of what will tumble from his lips

This is it, this should be academic

What he says should be important to her

It should be important what he says

He owes her to make this important

He owes it to her to make her important

This moment has been sought for, longed for,

And internally fought for a decade

Which is her lifetime up until this point

Cool to the touch of telephone cord

Wrapped nervously around and around her thumb

Fingers upon her head and sinking into her hair

As she tries to grip on to something

Her mother is laying across the room

Her back pressed against the wall

Her hair sliding around crazily

Something is changing I can see

She is smiling inside knowing the likes of him again

From a corner's eye glance

Her bohemian skirt is catching her knee

Her hands are resting just at her feet

On the steps after school

Not a care in the world

Into her daughter's first conversation with the love of her life

This is most likely more meaningful for her

She has craved this moment since her love child's birth

She is beautiful, she is different, charismatic

My mother was beautiful,

She is young on this day

But so many words and hours she has taken away

Before she called me in for this

My mother was a belly dancer

An unknowing romancer of all men

Seducing them with her unreal surface of innocence

An artist, a photographer,

A gentle nature, a feeling of erasure,

She used to be alive and on this day

Speaking with the love of her life

This burned again in her eyes

She used to have a heart and a light

Filling the room with subtle presents of a woman

That men wished they knew

And lots of them did

I used to dance on her feet

From time to time

She wrapped her long veil across my back

And across the carpet she swept me,

Just she and her baby

And I felt like the luckiest person in the world

Just being close to the likes of her

In the light of the moon

Just her and I

She is pacing as time elapses

Adrenaline is racing, as she shuffled her feet

In voice and the impersonal choice of telephonic communication

This is the beginning of the unfinished conversation

Scuffled, muffled, she holds the phone close to her face

Against her skin knowing that he is doing the same

She curiously pictures him on the other end

Wanting to be close to him as this takes place

He is so far away, so far

She has his eyes, sad eyes pirating into disguise

Never showing what it felt inside

Deep and empty as they’re sailing by

And will never be able to

See her reflection in his

Or compare and inspect

Trace his face with her mind

Hug her father in this innocent embrace

As she has wanted for the very first  time

She takes some breaths deeply

And exhales carefully not to make a  peep

She isn't ready yet and doesn't want him to know

She is on the phone just yet

Heart is racing, and pressing against ribs beating out of her body

This emotion is almost a high, lifting me above my body to see

Myself for the very first time

And finally her quiet nervous voice echoes into the phone

A shaky "Hello!" she says

He sighs a bit, her breath is heavy on the phone

At any moment  she could easily lose self-control

This child is clearly not okay,

She is clearly suffering with a case of instability

And unfamiliarity to her own emotions

She is clearly not able to control them

There is a gust of heavy breath

And an unsure energy circulating

And precipitating in the air

Underlined silently between the two of us

But her father seems to be so monotone

So uncommitted to saying anything

That will comfort her or the opposite to say

Anything off-color than simple and normal

That may trigger her to become upset

Am I to understand I am the un-chosen choice?

This is the thought traveling by as he begins to say,

"How are you doing in school?"

"I like writing," he clears the lump in his throat

He sighs again, "Are you being good to your mother?"

"Yes!" she stumbles catching herself

Instead, and then again

She has repeated herself for a third time

But he doesn't state the answer

"Do you know when my birthday is?"

But doesn't state the date

After another long silence

"Can you put your mother back on the phone?" he  asks

She sighs knowing that an accumulation

Of almost a decade of questions

Has not been satisfied

His questions and answers to her

This feeling is hard

Childhood emotions make it hard to choke it up

And suck it up once you have begun to cry

You whimper in a peculiar way and gasp and sniffle

But she reluctantly says, "OK!"

A confusion of feelings that are outraged

She doesn't let him hear the way this hurts her

With a faded smile she is desperate to say,

"Why won't you stay on the line a while?"

She didn't ask but she wanted to

Even at this age she knows she is owed

More than this generic template of

Unsure meaningless interrogation about nothing

She wants to say, "Where were you?"

"Where in the  fuck where you?"

"Why did you leave me in that house

When you knew what was happening to me?"

"Why didn't you rescue me?

She  wants to ask but she doesn't

She may not feel she has the right to, at this time

Because he has made the choice already not to care

He may not feel an explanation is owed to this child

This would be her last chance but she doesn't,

She doesn't know that

No, I didn't know that this

Was my last and only chance of asking

She puts her mother back on the phone

After it is thrown and tossed to the floor

As if to say pick it up yourself

Head turned, she blankly stares at the door

And walks out of the room,

That have accumulated into aggression and confusion

That she still asks blankly

Perhaps in fear of the answer

Because it is so important to her

Because he is so important and integral to her

Perhaps because she loves him and doesn't understand why

She wants to ask but never does and never knows

She has missed the  chance

The thought still exists but it is too late to act

Does he want me?

Does  he love me?

It's difficult not to know and more difficult to ask

She wants to but she doesn't

And not even weeks later he passes away

Sometimes our love and expectations of love

And expectations of other people

Who you want to love

You grow wildly out of control

Although perplexing it is our nature

To act upon these things

Into literally nothing because of not knowing

Because wanting to love another

With such an intense passion

Bleeds into your soul

It is beating now within your heart

And dwells in your most private

And most sacred part of thought

The brain because what the heart needs

That far surpasses any and all rational thought or action

And when suppressed it begins to feel unattainable and unrealistic

And the thought is hopeless and helpless

And it scares her

It becomes a craving essential for survival

She has no other intention

No bad intentions, but to love

Even if it is not returned

We cannot help or choose what the heart wants

We cannot explain or control

The importance we have put upon this thought

All she  asks for in return is to be important

She wants to question this

But never does and will never know

And never knowing leaves her un-whole

So what happens when you build up the courage

To ask despite the fear and uncertainty of the answer?

When you ask and are not answered?

Purgatory of the soul you have circled around

To the beginning and continue circling relentlessly

Never knowing if who you love really cares and wants you

Never knowing if who you are is enough

Or if they only care enough not to crush your soul

She wants to ask, but doesn't

And there is a time when she asks expecting an answer

And this is where she gave up

And walked out of that room with only frustration

And uncertainty, knowing that nothing more could be done

This is where she gave up on everything and walked away

Thinking she was worth more than an unanswered question

But not really sure if she was worth more

Nothing is what I can happily live with

Nothing happens that is what happens

Except for a reckless abandonment

Nothing does not comfort or solve

Close or draw an ending to this

Or allow for closure 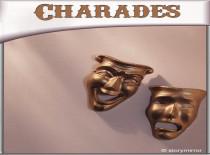