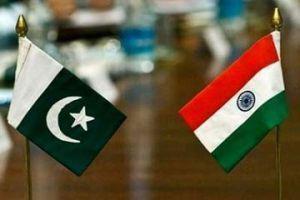 “…regret, it had been impossible to obtain agreement either on the Cabinet Mission Plan or on any other plan that would preserve the unity of India. But there can be no question of coercing any large areas in which one community had a majority to live against their will, under a Government… the only alternative to coercion is partition…”

Ajmal, the leader, turned off the recording and looked around at the others with grim eyes.

“That was Lord Mountbatten, broadcasted today around 4.00 pm.” This news was met with a small silence.

“Damn it! We worked so hard!” Govind exclaimed at last, frustrated and disappointed.

“I’m afraid so. He sounded pretty final to me. And the British PM has already announced it there this morning.” Ajmal said, and then took a deep breath.

“Gentlemen, we’re no longer The Revolution. We’re The Rebellion, now.” …

“Did you hear the radio? Lord Mountbatten’s speech? What are we going to do now?” Mallika, Ajmal’s wife, enquired as soon as he came home that night.

Theirs was a love marriage, and one of the main reasons why Ajmal joined The Rebellion (former Revolution), a ragtag group of all kinds of Indians, Muslims, Sikhs, Hindus, the rich, the poor, the unemployed, the businessmen, etc., fighting to shape a better India. Its leader at that time, and founder, Nasser, another Muslim and Ajmal’s close friend, had been nagging him about joining for a long time, and Ajmal had kept declining the invitation. Nasser finally got Ajmal to see his point and join when Ajmal fell for Mallika. He finally understood the full implications of a ‘free’ India being partitioned and broken into small parts according to castes and religions. For example, what would happen if he and Mallika were forced to stay apart because of their religion? What would happen to their kids, when and if they had any (which they did- 2-year-old Kabir)?

Nasser had been a very astute man, and he had foreseen that something like that would happen and fought till his very end. He had been killed about a year ago when one of The Rebellion’s meetings had been attacked by British soldiers.

“Slow down, Mallu. Is Kabir asleep?” Ajmal chuckled despite his worry and weariness. 5 years into their marriage and he was still dazzled by her.

“Yes, he is. Now, tell me. What did you talk about today?” She demanded, not amused. She had bugged Ajmal about joining The Rebellion for years, but he firmly refused, no matter how she asked. So she did her part now and then by cooking for the other members (none of the others were married), acting as a gracious host whenever one or more of them dropped by, a messenger whenever things or words needed to be passed along, etc.

“It’s final. Already, deadlines are being issued and houses evacuated. We don’t know what to do, Mallu. We’re just as confused as everyone else. And worse-“ He sighed, unable to go on.

“What? What’s worse?” she encouraged.

“Some of the guys are losing hope. They’re talking about quitting. They’re giving up, Mallu. Just like that! After 6 years!” Ajmal confessed, part angry, part sad and part disbelieving.

Mallika stared at her husband quietly for a couple of seconds.

“Are you?” She asked softly, and knowing her as he did; Ajmal detected the fear in her voice. He looked straight into her eyes, took her hand, and kissed it.

“Never.” He promised, and she smiled a tremulous smile, for her world was suddenly alright…

Mallika was cooking dinner when she heard a great commotion outside. She came out of the kitchen just in time to see the front door burst open and Ajmal and her elder sister, Kamala, enter.

“Kamala? What- “ Before she could complete her question, her husband interrupted.

“This is it, Mallika. It’s happening right now.”

Ajmal very rarely, if not never, used her full name, and that alone startled her more than the presence of the sister she hadn’t seen in 3 months. She turned her full attention to him, and that was when she finally noticed the bruises and scratches and blood on the various parts of his body. She gasped in alarm, but yet again, he interrupted her.

“No time for explanations. Pack your things. You and Kabir are going with Kamala.”

“But-" She tried, but was shut up again, this time by her sister.

“Mallika, Jinnah just gave a speech that everyone is calling ‘epic.' He’s been elected President. He’s sending soldiers to all houses. Riots are breaking out. So please, will you start packing already?!” Her sister urged and she obeyed, realizing the severity of the situation.

Twenty minutes later, with the help of her sister, Kabir’s things were packed hurriedly into little rucksacks and loaded in the back of an auto rickshaw. A silent Kabir, himself, was riding on his mother’s hip, not understanding the situation, but feeling the somber mood around him.

“Is that all? Wait, where are -“ Ajmal frowned as he inspected the 2 small bags of luggage.

“You’re kidding yourself if you think that I’m going anywhere without you.” Mallika interrupted his question fiercely, and when he looked mutinous, like she knew he would, turned to their son quickly.

“Amma loves you, OK? Now be a good boy for your aunt.” She whispered, tears brimming in her eyes, hugging him tight. As she turned to her husband, she expected him to contest her decision, but he surprised her.

“Build a better world, my son. We love you.” Ajmal said with a small, sad, smile as he lifted Kabir from Mallika’s arms, hugged him, kissed his forehead, and then handed him over to Kamala.

“So what now?” Mallika asked as, after many hugs, kisses, and tears, she’d sent her son away with her sister.

“We’re regrouping,” Ajmal informed her. They were swinging slowly on the swing on the front porch and looking out into the empty streets.

“A particularly nasty band of soldiers struck near Mylapore, and we’re forming a search and rescue as soon as everyone is rounded up.”

“I knew you were going to say that.” He smiled sadly, and even a little proudly.

There was a small silence, and only the creak of the swing’s chains could be heard.

“Do you think Kabir…”  Mallika started, but choked, unable to finish.

“He’ll be fine, Mallu. Kamala will take care of him. They both will be fine.” Ajmal didn’t know who he was reassuring; his wife, or himself.

“I love you,” She said softly after a small pause.

“I know,” He replied just as softly. She leaned her head on his shoulder, and he wrapped his arms around her shoulder. They waited like that until back-up arrived.

What he didn't know, however, was that their son's vehicle had been attacked by the same group of 'particularly nasty band' of soldiers and that neither Kamala nor Kabir made it.

What he didn't know, was that that was the last time he would get to hold his wife like that, for their 'search and rescue' would be attacked, and only a couple of members of The Rebellion would survive...