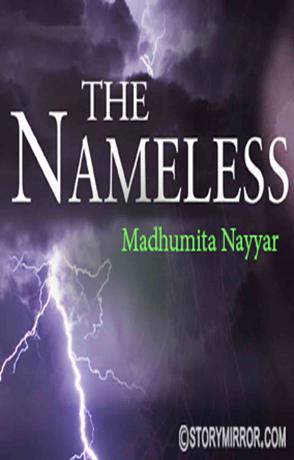 What destiny had planned

For her, as tears rolled in a strand ,

Remembering her partner who was gone,

Now she was alone and on her own.

She carried their love within her,

Remembering the happy times that were there;

And was lost in their memories

As a stone stuck, she was shaken off from her reverie.

She set off to collecting woods,

That would give her warmth,

And also keep the fire in her hearth .

As she bend down to cut the timber ,

An excruciating pain hit; she was in labour ,

Darkened her up, as the forest intense,

Weakly her face lit up, she smiled.

Tried to get up, but failed,

To fight the bitter pain,

But all in utter vain.

She had already started to bleed,

Breathless she lay down ,

On the foliage brown ,

She lay gasping for breath,

Frightened now of the nearing death,

She had to save her gift of love,

The life inside her, above

All, she inhaled and exhaled,

To her creator she prayed

For help in delivering His creation,

Before leaving this world of His own,

She folded her hands in expectation,

With complete faith and dedication.

Hours of immense pain and cries,

The air reverberated with baby cries,

There lay with her not only one,

But two, of her own

She didn't want to lose them,

She gathered her guts,

Before her eyes shut,

She sat up and set down to business,

With a razor sharp rock,

She cut the umbilical cords off.

Tearing off cloth from her apparel,

She tied it around the bleeding navels,

Put the babies to her bosom,

So they drink from her cup of life and blossom.

She had less time on hand,

She stood up,staggered and made way,

Keeping all fear, pain at bay,

To the village clinic,

She huffed and puffed on the cruel path,

She herself drenched in complete blood bath,

As she reached the clinic doorsteps,

She collapsed and fell down on the steps,

The pink buds, full of life, like two pink blossoms,

Still clung to her bosom,

Suckling on, while she lay lifeless,

Her babies were taken in cradles of protection,

Where their lives would be filled with love and affection,

And there she still lay still on the steps, claimless,

To the world around She was The Nameless!!