When The Last Cuckoo Calls

When The Last Cuckoo Calls

Palluz and I always wondered how our world would end. A funny thing to wonder, right? We are a crazy duo.

We met in our high school years at an inter-school arts fest, representing two different schools. Both of us participated in an English essay writing competition and shared the first prize. Coincidence? Destiny? Maybe. Maybe not. Do you know what the topic of our competition was? 'What according to you will bring about the ultimate destruction of our planet?' I wrote about aliens and she wrote about nuclear weapons. When we became classmates in college and fellow train buddies, we often debated which among these two theories would eventually come true. But even when we did so, deep down we hoped and prayed : 'Please, not in our times'. 'Please God, let that never come true.' How wrong we were! How funny and limiting, our imaginations!

Everybody believed in the possibility of alien attacks or at least meteoric collisions. At least I'm sure the 'John Galt' of our times did. Elon Musk. Isn't that why he concentrated so much on putting humans on planets other than Earth. Such a visionary! But, too late! Human folly caught up with science. Human greed, selfishness and narrow mindedness outran science. We are on the verge of the ultimate destruction of our planet. 99% possibility of the wiping out of the human race from Earth looms above our heads, day and night. Just 77 days more! Only 77 precious days before the last of our food chains breaks forever and humans vanish from Earth. Even the best souls might say, may we rot in hell for the mess we made of Earth.

Three months back, on one of our usual evening train journeys, back from college to our respective homes, Palluz asked me that interesting question.

"Sooraj, why do you think God gave so much power to humans? Surely he knew we would eventually come down to this shit, right? That we would fuck up this entire planet? God who knows everything; the past, the present and the future; why did he leave Earth in our hands?"

"Maybe he didn't." That was the first thought that came to my mind. "Maybe we simply started walking on two limbs instead of four and claimed we were superior to others. Maybe we are just overrated, inefficient, self-proclaimed guardians of this planet."

"By evolution. Yes. But why humans? Why not others? Natural selection, you might say? Survival of the fittest?"

"But what about the spiritual theories? How do they explain this shit? "

Palluz asked this question in a raised tone. We looked around our train compartment. Entire seats were filled. There were many people standing. At least 3 of them were eagerly waiting for my reply to Pallavi's question. Only some showed the decency to look away and pretend to have never listened to our conversation.

"I don't know, Palluz," I whispered in her ears. Religion is always a sensitive area to comment on. You will hurt more sentiments than you ever knew existed in this world. We dropped the conversation there.

Today when I sat in front of a once-blue-sea bubbling up with chemicals and floating with plastics and carcasses of fish, I looked at her eyes and felt the same question pointing it’s finger at me. Why would God trust humans with Earth? Isn't he all-knowing? Isn't he omnipotent? Why didn't he do something? Why didn't he stop this hell from breaking loose? Maybe it's our punishment for Adam's sin. No, God is not that cruel. Maybe it is our punishment for the sum total of all sins committed by the entire human race. Guess this is what people call poetic justice! Still, I couldn't understand God. Neither could she.

When we were kids, we learnt dinosaurs and dodo birds were extinct. That made me sad. The reality that I could never ever see them in real life at all. Possibility of an encounter, an acquaintance, the joy, the wonder. Everything soiled in the dust. Yet, we sat on those beach sands burning up with every ticking second; littered with plastics and carcasses of animals, birds and insects collapsing and dying; contemplating our own individual deaths and the possibility of mass extinction. A complete wipe out.

We knew what would happen. The leaders knew. People heard yet chose not to care. It started with the bees dying all around us. Then birds started falling, banging on walls and pillars, as if someone messed up with their brains. In fact, we did. We were happy when 4G came to our country. Faster connectivity, internet, better recharge tariffs. More smartphones. More hours scrolling screens, liking, tweeting, ruling our social media thrones. But where are our followers now? Where are the ones we followed? Perishing. One after the other, without much differences.

There was a time until which there were differences. It started with various exporting companies rejecting the fish in our country due to high chemical and plastic content. It started with commercial fruits, vegetables and poultry resulting in more cancer patients than healthy bodies. It started as allergies, asthma, wheezing and deaths due to terrible air qualities. Smogs and froths started filling our air and water bodies. But initially the rich did have their way. They bought organic veggies and homegrown poultry for heavy prices.

But with acid rain and smog becoming more frequent, all crops perished. Cattle started dying in masses due to diseases. Everywhere we went, everywhere we looked at, filled up with plastics and dead bodies. Landfills were already full. People fell ill out of contaminated food and starvation. The poor didn't come to pick up the garbage of the rich. The system failed. Collapsed. Farmers could no longer cultivate, in the Wastelands left by humanity. Soon the food chains started collapsing. Money stopped making any difference. Nothing made any difference.

Large acres of land, vegetation, and wildlife perished due to pollution. The leaders who turned a blind eye to factories for their selfish motives were not the first ones to fall sick. But their security and luxuries couldn't safeguard them forever. They fell sick too. They died too.

We thought global warming would be the one to take us down. But acid rain came first. Smogs came next. Greenhouse gases increased in the atmosphere. Soon global warming picked up more speed. Increasing in one or two-degree day by day. At noon, the temperature on an average across the world stands at 65 degrees Celsius. Of course, the ice caps melted. But don't worry we won't die of a flood this time. He promised, didn't he? We will die first and then the floods will cover the world. Everything good in the world, the lowest valleys and the highest mountains will be leveled. Soon all inequalities will disappear.

We knew we were dying. But how did it all happen so fast? What acted as the catalysts? Blind leaders who chose deliberately to frame climate change as a myth. In India, they gave crores of acres of forest lands for mining despite the floods in Kerala, Karnataka, Maharashtra, Assam, and Gujarat. It followed with heatwaves. Smogs in Delhi. Water scarcity crises all across the country despite the floods in some areas. When in India mining and real estate played the last nails in the coffins, each country had different stories. Some nuclear experiments. Some factories. Some deforestation. Some pollution. But all man-made.

"God made us in his image and form didn't he, Pallavi? "

"Then this destructive nature must have come from him as well, right?"

"Maybe we were his experiments. Maybe we are his guinea pigs in a glass bowl. He could have killed us all in a fraction of his seconds. A wave of the hand or a little word to give sanction. Yet he chose to make us like him. In little amounts. And he must have stood there watching, to see how long it takes us to kill ourselves.Sadist."

"No Sooraj. If he killed us in a second that would have been sadism. It would have been the end of the world then and there. Instead, he gave us a choice. If a good number of people chose otherwise, we could have saved this world."

Another bee fell in front of us and died. We held each other's hands. A confession of love would be so lame now. But if we had another year, another month, oh what we could have done. We could take a small boat and sail to a tree-filled island. Most of them are doing that now. Hoping to live on edible fruits. But pollution will follow us everywhere. Water will come to claim us any now. It's all useless. All our pursuits end in vain, eventually.

"What do you think will happen now, Sooraj? Do you think, after we die, after the floods, water will recede again? Will the seeds sprout? Will nature come back? Will there be birds and animals and fish? Will evolution happen again? If the conditions are favourable? "

"I don't know Pallavi. If it could happen once, I guess it could happen again. But it will take years, scores of years, for everything to replenish. Humans won't survive such long periods."

From a distant place, a cuckoo cooed for its mate. Is there another cuckoo left in this world to sing back to her?

"Sun won't burn out anytime soon. Still many years left for that to happen. There will be songs too. When the waters come splashing. When the tree breaks. When rocks float, hit and grind to form soil again. When Earth washes humans away. Songs of laments, despair, very late revelations. And then we will be gone. Then again the silence from which everything started, in the beginning, will fill the world. And hopefully, again songs of spring and summer and autumn and winter will come. But you and I will be gone, Palluz. Forever." I held her hands in mine and caressed her.

Sirens started ringing again. Police warned everyone to take shelter. There were chances of another acid rain.

Pallavi and I took shelter in a nearby shop. We waited. Few minutes passed. The rain came like bullets and from distances we could hear cries of birds and animals. Dying. Dying. Dead. In another 10 minutes, the rain stopped, yet we stood rooted to our places. We didn't dare to go out. We waited for warnings. We waited for advice. We waited for help. What if help never came? What if they don't come back ever again?

"We fucked up big time, didn't we world. While we plundered and ravished fellow humans, nature has taken us by surprise. I bet she learnt these ways from us."

"We kept playing the game of thrones. Didn't care for nature and her armies. Well, the long night is here. So is death." I joked with myself. "I hope the Dothraki are right. I hope when everything perishes, grass will cover us again."

A cuckoo flew onto the roof of our nearby building.

She cooed again. To the skies. To us. To the world. She cooed again for long hours. We stood there listening, hoping a cuckoo would coo back to her. She cooed and cooed till she couldn't take it anymore. She stood on the roof for some time; contemplating, pecking in despair, in silence. Then it fell dead. Her carcass rolled from the roof onto the road. 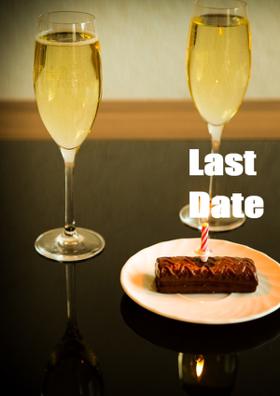