When I was walking on the road with my best friend Kiara, something amazing caught our eyes. It was a golden necklace. It was glittering and sparkling in the sunlight. I took it in my hands to look further. The necklace had a star-like pendant made up of gold. There were five tiny ruby stones in each corner of the star and the detailing was perfect. I felt that the necklace was somehow connected with me. I had never felt like that before. It was kind of a deja-vu. My inner self felt like the necklace was trying to convey something to me. I was wondering about it in my own world. I came to conscious when Kiara cried "Rubies rubies".

She grabbed the necklace from me. She kept staring at each and every detail of the necklace. Her eyes were filled with joy and delight. "Let's sell it to Mr. Antony who lives next door, he has a hobby of collecting jewels. He might provide a pretty good amount for this" said Kiara. But I didn't won't to do it. I wanted to hand it over to the rightful person. But I couldn't just let go of the necklace without knowing the reason for the unusual feeling from the bottom of my heart. I knew that Kiara would not let me to take it all alone, I had no choice but to grab the necklace from her and run. I ran and ran. My heart was racing. Kiara stood puzzled but I couldn't help it.

I was delighted that finally my marathon came to an end. I entered through the gate of my home . I previously thought to explore the necklace in my room, but if mom knew about the necklace and i still have it eventhough it's not mine, she'll hang me on the banyan tree straight away or else I'll be grounded for weeks. She'll throw away my phone. I'll never me permitted to talk to my friends bla bla bla. . . So i tiptoed to the garden without catching anyone's sight. I sat on the garden bench and wondered about the necklace. Which resulted falling asleep on the garden bench. A while later, may be a hour or two. . . I was woken up by the buzzing of bees. I blinked my eyes twice as it was too bright slowly opened them. It was almost midday. The sun has reached his highest point in the sky.

The garden was enchanting in the sunlight. Then a cold breeze blew. My hair bangs were swaying. The flowers were fluttering and dancing in the breeze. The leaves scud over the ground and took small flights into the air. The branches of trees swayed like the arms of a soccer crowd. The nightingales sang their sweetest song like water bubbling from a silver jar. It was a heavenly scene, a feast for many eyes. . . My heart felt so light. What is a heart of a girl compared to the heart of mother nature? It made me forget about the necklace, my homework, my stressful life. . . even myself. I felt so light as a bubble which floats in the air. My feet began to dance. I wandered around admiring mother nature and suddenly I tripped over something and fell on the ground with a "thud".

I stood up and wiped the dirt off my clothes. I turned back to look what made me fall previously. It was covered with ivy. I assumed it was just a log. But after seeing the part of it which was white. I decided to discover it. I went closer and started removing the ivy to see what's hidden beneath it. A few minutes later, after clearing the ivy. I found a marble statue. I had to carry it on my little shoulders upto my initial place, the bench. It wasn't much heavy but as It was in the forbidden part of the garden which was five meters away from the entrance. It was a tiring task. I sat down for a while to relax. I began to wipe the mud on the statue to observe it clearly. I used to visit this place when none's at home eventhough it's forbidden and found some interesting things time to time which i used to hide in Kim's kennel, but i had never seen such statues over there. After removing the entire mud the from the statue, it was looking like a brand new one.

Suddenly some old memories flashed in my mind. My aunt used to spend most of her time in that part of the garden. She was a caring and free spirited person. She had no idea that how beautiful she was, hazel eyes, pink lips, a mole on the top of the left eyelid. Such a beautiful creature. That part of the garden was permanently shut down, a decade ago after her sudden decamping. She had a hobby of collecting antiques and she used to decorate the garden using them. Maybe this one of her collection thought I. I was keenly observing the statue. It was a statue of a fairy. It was a fine piece of art which looked so realistic :Well sculpted hands, detailed round face, dolly eyes made it look like an actual fairy more than a statue. I found that a part of it was missing:a star shaped part at the chest. . . same size. . . same shape. . It. . . . . It's the necklace. . that's missing in the statue. . . . I searched my pocket for the necklace but it. . . it wasn't there. . It might have fallen when I was wandering thought I. I hunted down the whole garden but couldn't find it. I sat on the bench: rather disappointed and depressed. My all efforts were ruined by my single act. Why me? I asked myself . Tears ran down my cheeks like dew drops falling from window panels when sun rises.

I stood up. I walked into my home. Jim: my stress buster, was very excited to see me. He came running and licked my nose and cheeks and withdrew maybe he didn't like that salty taste which my tears gave. He hopped and kept wagging his tail. He ran into his kennel. I followed him back. He dug a hole inside the kennel and took something out. He brought it to me. It took it in my hands. It's the same necklace again. Thank you Mr. Jim. You are my chweeety pie cried I. After feeding him a packet of biscuits I ran back to the garden. I took the necklace closer to the statue, it started to glow. It floated in the air and attached itself to the statue.

Then, the statue was above the ground was floating. I couldn't just believe my eyes. Just before relieving from this shock another surprise was waiting for me. The statue started to crack. Broke down into pieces and scattered on the floor. The pieces turned to sparkles, got collected, and formed a beautiful woman. . hmm sorry a fairy. She was so beautiful. Who knows? Cleopatra might have been jealous if she had seen her. Then, she opened up her tiny mouth and said" Hello, Little one". Her voice was similar to thousands of nightingales' opera. Then she began her tale "I'm a fairy, I was cursed by a sage and turned into a statue, I could only obtain my ordinary form when the heart of mine: the star with the five sole stones are restored. " I had many questions in my mind and I wanted to ask them to get a clear picture, the all at once I felt a splash of water. I opened my eyes and was surprised.

I was in my room. . . . my very own room. It was my mom who was trying to wake me up for fifteen minutes and decided to wake me up by splashing water, thank god I woke up before she took the broom stick which was her third step of waking me up. I still couldn't believe that it was just a dream. I wore my slippers and ran into the garden. And found the spot where I kept the statue where it turned into a fairy, and to my surprise there was neither a statue nor a fairy but a tiny little note saying 'Thanks a lot'. 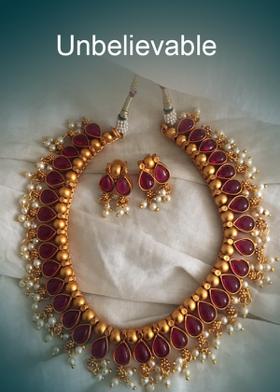