It was the first day of office as finance minister for Palturam. Till now, he was running an NGO to motivate people to leave drinking alcohol, cigarette & gutka. He has changed the lives of thousands of people by his motivation. He has acquired a lot of reputation for his good work. Gradually he became one of the most popular persons in the town. His followers and well-wishers forced him to contest the election and by virtue of his popularity, he became the minister now. The popular aspirations were that now the ban will be imposed on the sale of liquor, cigarettes & gutka in the state.

After the welcome -formalities, the secretary arranged a presentation by the staff on the financial state of the province. After the half-hour presentation, two points were crystal clear- firstly-the financial state of the province was quite bad and secondly more than half of the revenue of the state comes from the liquor, cigarettes & gutka industry/business.

His mind was working very fast now. ‘Prohibition of intoxication’ which was the main theme of his success & popularity has to be sent on the background now. This was just a ‘means' to reach to the ‘end’ which was the chair of finance minister. Perhaps this was the price, he has to pay for his ‘minister ship’. But the challenges ahead were huge. He has to find some new hot & sensational issues, project as his main theme & create popular slogan for the masses before the next election.

He can’t waste any time of his hard-earned ‘five-year tenure’ on issues which are not workable. He has to focus on solutions, which will earn the revenue for the state as well as his individual account. He has transformed from a social worker to a true leader. 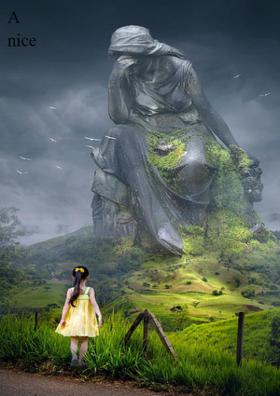