On an early winter morning, the Sun’s rays illuminated a haphazard collection of tents that dotted the usually empty land in front of the smithery. The traders were here, and I could not be happier. Father had promised that this year, I could roam the village fair without his company. I had been saving up judiciously and had managed to amass a small fortune of five copper coins.

The villagers were milling about, inspecting the wares from the rest of the country.. But what attracted me the most was the seductive sugary scent and a mysterious tangy aroma that was wafting around, making my stomach grumble in approval.

As it was almost time for lunch, I followed my nose to a bright yellow tent with simple green embroidery. A small crowd of village children was already gathered near the trader and his wife, their mothers, busy haggling over jewellery outside the neighbouring tent. The trader was pouring a thick, golden brown liquid that smelled like cinnamon onto a tray. When he was done, he pulled over another tray wherein the liquid had stiffened. He cut it into rectangles and lifted one to the light, making it look like a piece of stained glass, he called it candy. The tangy aroma was from the small pies his wife had made, filled with something called cherries. Anxious to show off my wealth, I bought a pie and three pieces of candy for two coins.

The candy was perfectly sweet and the pie had a crispy crust, the sour cherry filling exploding on my tongue, leaving a delicious aftertaste. Feeling content, I wandered around aimlessly, espying Father buying a handle for our broken plough. All the tents were surrounded by buyers, except two; the troubadours’ royal blue tent which, and a small purple one. Surprisingly, the tent was embroidered with expensive silver threads; in the village, only the blacksmith owned a small grain of silver.

It was evening now, and I had not bought anything else, but my gaze kept returning to the purple tent. The shadows caused by the sinking sun gave it a sibylline aura. Something drew me towards it, an urge I could no longer contain, so I approached it. Just before I could enter, Father gripped my arm harshly, dragging me away while whispering, “That’s the Fortune-tellers tent, son. We don’t go there.” 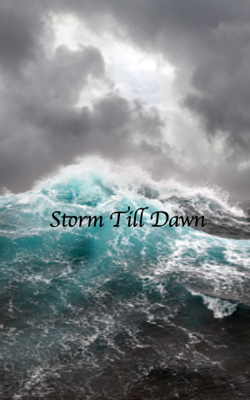