Well, my birthday falls on the 20th of June, and that meant the summers were at their peak. The swimming pools were open and the schools were closed. What more could a kid ask for? The schools would generally open in the second week of July, so there was plenty of time to take care of the impending holiday homework. It was the era of indoor board games and Mario video games (on the only TV set the family-owned). The internet hadn’t yet spread its tentacles into simple lives. That simply meant people met each other and spent a lot of time in togetherness. Outdoor sports still took precedence in our lives. And even though the swimming pools had opened, there was always time for cricket. We would play tennis ball cricket that meant we bought cheap tennis balls that cost somewhere between 20 Rs for the red Dixon (the heavier one that traveled faster) to the 25Rs Cosco balls (comparatively lighter but could really swing).

These balls were heavier than actual tennis balls and were only used to play cricket. The stumps could be drawn on the walls. So the only thing that really mattered then was the Cricket bat. And the whole game of cricket was dependent on whether the kid who owned the cricket bat, was coming out to play or not. Naturally, the game would end not when the sun went down because you could still play under the street lights, but only when the kid with the cricket bat had been called back home. And it didn’t matter then who was batting at that point, or which team was winning. The parents would come calling out and mostly it would be mothers who wanted to make sure the kids were back in the house before dark or just in time to have dinner. Even though living in an Air Force station had the added luxury of having a protective environment. A small township of sorts where everyone knew everyone else and where everyone greeted each other. But mothers will always be mothers and the delicate intricacies of a five over cricket match with winners to bat first couldn’t be understood by them.

“You can continue tomorrow”, the mothers would say. All the mothers would have the same answers, almost as if they discussed it over their weekly ladies club meetings. But tomorrow is a fresh day and a new match.

Many times matches had been saved just because the mothers had intervened. They were what rain was to the international test matches. And so it was, quite literally so, the fat lady would sing and it would be the end of the day’s proceedings. Everyone had adjusted to this pattern. It was not this that was bothering me or any of the other kids for that matter. We had simply gotten accustomed to it. What bothered us all, was the fact that, on days when the kid with the cricket bat couldn’t come, there simply wouldn’t be any cricket. Sometimes it would be because of the exams and on occasions because the kid was unwell.

“We will miss you. okay, but can we borrow the bat”, I would ask on such occasions.

“Yar, mummy has told me not to give it”, pat would be the reply. And it generally was the truth, because although it was a risky proposition to part away with a prized possession, then you can do anything for friends. Well, some of the parents didn’t think that. They would actually stop their kids from lending their cricket bats.

“And then a small crack is also coming”, the kid would add to justify the parents' reasons.

There would also be those scenarios when the family had left for summer vacations to their parental house. So the kid won't be there for a month or even longer. Then the whole group would look for any kid in the vicinity who owned a cricket bat.

Well, long story short I knew what I wanted for my birthday — a Cricket bat. A cricket bat that could be used to play with a leather ball. Now, that's the bat that I wanted. So that, I too would cycle to the ground on a bicycle with an antenna like a missile launcher. That's how we would fix our bats. We would stick them up vertically in the cycle carriers. And they stayed in place at an angle., like some kind of missile launcher. Putting them horizontally in the carrier would lead to marks on the bat and would also increase the width of clearance and it didn’t look cool.

The cricket world cup was happening that year and the world cup final was going to take place on my bday. A fitting gift I thought, but India fared pretty badly losing to teams like Zimbabwe. And since the cricket fever was not the only thing taking place, the attention was not so much towards the losses. Hence, The public avoided smearing the houses of cricket players after every loss because there was something bigger happening that year. The Kargil war had started, and it had channelized the country’s anger towards Pakistan. But the whole mood of the Air force station, that we lived in was very different. Pakistan had become public enemy number one. And for the likes of me and my friends and the families that lived in the Air force station, things had gotten very personal.

After all it was My father who was at war, and so were the fathers of many of our friends. Our mothers had worried looks when they gazed at the news. The daily cricket in the evening would end sooner too, as we would return home to our mothers who were already leading a very anxious life. This ever anxious feeling could only be understood by those who have had someone very close in their family in the armed forces. My father and the rest of the squadron had been sent away to Kashmir for the war. He was a fighter pilot and his job was already a high-risk job, with the war the stakes had only gone higher and just like the risk. There would be days when my mom would be glued to TV Screen watching the Zee news for war updates. My sister who had little understanding of things, once drew a Pakistan flag and then tore it up. It was her way of dealing with the anger and fear towards a nation that was fighting against her Papa.

“You are now the man of the house. Take care of your mother and sister”.My papa would always tell me when he would fly out of station. He would say it on occasions when he would go on temporary duty which was called a TD. I would feel the weight of those words but also took a solemn pride. He had a strange way of dropping big philosophical words. And maybe it was his sincere way of saying things or what I don’t know, but I would understand them. He was the bravest man I knew and also the one with all the answers.

So while people talked and chatted and met and discussed or cried, not once did I express my anger outwardly. Little did I know, all that anger would take the form of a wish. While the Indian Armed forces were doing great on the battlefield, the Indian cricket team was a contrasting failure. While the Pakistan army was getting consistent at being beaten, their cricket counterparts were getting consistent at winning, even managing to reach the finals. Alas!

And amidst all this chaos my birthday party was still going to happen. A few of my friends and other children of the same age group would be there along with some of the mothers, who would help out my mother in organizing and arranging things. My Papa would not be there for the bday party this time as he was in Kashmir. And my desire to own a cricket bat was replaced by a desire for him to be there at my bday, a wish for his well being and safety.

The winds had moved a different way this summer but they carried my one sole wish. I prayed hard for the Pakistan team to not win the world cup. I had the firm belief that everyone was allowed one wish on their bday. And it came true. The Australians trashed the Pakistani team by a huge margin. It made me rather happy for some time. We played some games like musical chairs or passing the parcel. There were gifts to be opened later at the end of the party, Pakistan had been beaten in the world cup final. But I wasn’t so excited as I stood there in the verandah that opened out to the big lawn where the chairs were all lined up. We had a big bungalow there with a long driveway and it was filled with people that day. Yet a part of me was lonesome, quiet and everything around seemed merely like a good distraction.

And then I saw my Papa marching in his blue overalls and his Raybans and his big flying boots. A thrilling joy emanated in me. It was a surreal moment for me as I could hardly believe my eyes. My father always had a thing for surprises. And then he hugged me and lifted me up and ruffled my hair. He had a gift for me - the Cricket bat. It had 1999 World cup written on it. It was heavy and that meant it could be used for leather balls. Yes! It was turning into the best birthday ever. One of the pilots had to come for a day and the squadron decided it had to be my papa as it was his son’s bday. My bday. He managed to bring along a cricket bat in the small cockpit. Although He would have to fly back to Kashmir after a day, but he was there for the party. The present became more important than ever.

The sun had set but there was still light and the dusk was withdrawing into the night. The orange glows would linger on for one last breath entwining with the purple hues. Its the time of the day when the spirit inside moved with a longing. This longing that remains unanswered for so many. I stood there with my father on the porch looking at those evening hues, searching for clues, for the answers to the questions within.

“I’m so special that you love me so much”, I said with all the immaturity of a pre-teen kid.

“Ideally I should be able to love all the children the same. Love everyone the same”, replied my Papa, a man who was witnessing a lot more than many would see.

“But you are My papa”, the childish me persisted for a lost cause, because I knew at that moment that what he said was true.

I stood there quiet, absorbing his words reflecting on the truth in them. I had no argument to present for deep within we all know the truth.

His hand betrayed his affection as it ruffled my hair. A way he would express his love. Perhaps he wondered whether I understood him or perhaps he thought it was too soon for me.

For the moment of passing, the questions had been answered. We stood there for an eternity that lasted long enough to etch a beautiful memory. The ambers were disappearing and stars were shining through just as the moon slyly smiled. 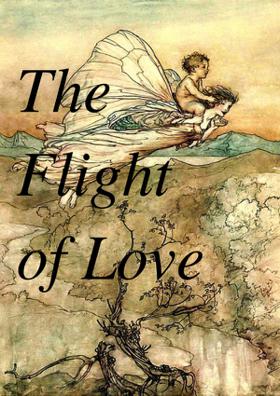 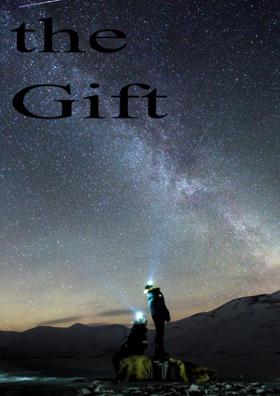