The Escape Of Roger

The Escape Of Roger

Nobody can imagine his/her whole life being shattered. There lived a boy, 25 years old. His name was Roger. He had been disturbed by the events that had happened. He had lost his friends and family in the war with the zombies. They were everywhere. The virus, had spread too much. The epicenter, Winter Groves, in New York, had been worst hit.

The Government ensured lockdown of the Winter Groves, to contain the virus. The virus was so deadly that nobody could live to give it a name. The virus spreads with a bite from an infected. The doctors had failed. The other areas in New York were safe. No one was infected. The commander of the army said all survivors would be rescued and they were on constant lookout.

Roger's home had been completely destroyed. He kept wandering around to see if he could find new friends, but he never did. Finally, he decided to settle in a corner of Winter Groves. The area was a clearing. On his previous journey, he had found an axe and a pickaxe. He also carried a radio in his backpack. Both had been given from his family. He only had his mother and father. Both died saving him. So, he was alone. His depression made him forget their names.

Apparently, Roger was an explorer. That was his profession. Before the evolution of the virus, he would go into forests and cut trees, pickax stones, collect rope and hemp, water and berries. Hard times made him adapt to the environment. So, it was not too hard for him to make wooden walls, stairs, doors and floors.

Roger had built his home. It was not too bad, but he managed. He was even more comfortable when he made a bed, a cabinet, a chair, more workbenches, and a balcony. He even built himself a bow and some arrows, and a machete. Every day, he ate berries and some meat.

In Winter Groves, their were a few advantages and disadvantages. In the summer, it was bright and there was no rain. The infected wandered rarely. Even in the nights! There was plenty of deer, butterflies. Roger hunted wolves. But, just when you think there is a ray of hope, your wrong.

In the winters, there is hardly any light. The infected roamed in hordes. They were really big and strong (and very ugly). That time, Roger only collected resources in the day. In the night, he didn't switch on his torch. He would dine and then sleep. Actually, he couldn't sleep. He heard the zombies outside every night. Luckily, he was never attacked.

Slowly, summer settled in. Roger looked forward to having some water from his pouch, and some nice juicy berries. He adjusted the antenna of his radio. He never got a signal, but it was worth a shot. Suddenly, a voice called, "111, this is 111, can anyone hear me? I am calling from the New York HQ. If you are human and listening to this, please switch on your location."

This caught Roger's attention. He immediately switched on his location. "Hello, fellow human. We received your signal. A helicopter is on its way. But, there is one problem. We have detected a horde of zombies, led by a mutant! The mutant has a large head, with a wide mouth and a worm-like body with many legs. No problem, you don't have to kill all the zombies. Kill some of them, but you need to stall the mutant.

We will help you. Remember, we can't get too close or that mutant will slam the helicopter down to ground. Be ready. They are 50 meters away. Good luck! Hearing that, Roger immediately went to the roof of his house. He took out his bow and bunch of 50 arrows.

Then, he saw them. A horde of zombies, running to him, along with a giant mutant, waving his giant head. It looked disgusting. He aimed at the head of the mutant. He shot an arrow. But, the arrow bounced off his head harmlessly. Roger decided to try and kill the horde. He shot an arrow. Then he shot another. But soon he was out of arrows.

Roger heard a whirring sound. It was the helicopter. Two guards were armed with machine guns. Hundreds of zombies fell to the ground at being shot. But, more kept coming, and nothing stopped the mutant. It was almost right in front of Roger. Roger searched his backpack. He found his machete. He started thinking of a plan. The helicopter was almost above the mutant. Roger knew, it was now or never.

He ran and jumped off the balcony of his house. He landed on the head of the mutant and stabbed it with his machete. The mutant growled with pain. The helicopter rolled down a ladder. Roger leaped of the mutant's head and just grabbed the ladder. A guard helped him up. And, just as the pilot steered away the helicopter, the mutant fell to the ground and exploded killing all the hundreds of zombies with it. The pilot said, "Next stop, HQ. The Mayor will appreciate your hard work."

And that is how the hero of this legend, escaped Winter Groves, killing thousands of zombies. 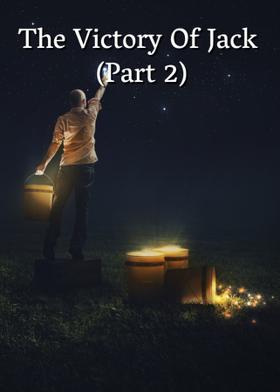