The boys had just arrived at the hostel a month ago and they were already habitual of listening to the rumours related to a closed room in the hostel. When they asked their seniors, they just received silence. Some of them did ask them to wait and watch. But when they asked the warden regarding the mystery of the room, he replied with a smile " every year the new lot of students is given a task to survive in that room for a night and the ones who are successful are given extra marks in their curriculum. When they enquired about this weird task from their seniors, they were told that there is a demon in that room. The excitement was building up with every passing day. And at last, one fine day, they were called by the warden. They thought the day has finally come. Everyone was scared but they had convinced themselves that since there are 10 boys together in the room, no demon would harm them. They were asked to enter the room at 10 p.m and were instructed that it would open only at 5 a.m in the morning. All ten boys entered the room finally. There were five beds in the room. The condition of the room was weary and there was dust everywhere. The thought of the demon made them shiver. Three hours passed and they just sat, holding hands together. Finally one of the students uttered, " it is already 1 a.m and I am feeling sleepy." The others too nodded in agreement. Let's make this room worthy for sleeping first, came a voice from among the lot.

They saw brooms in a corner and two buckets full of water. After an hour of cleaning, they managed to settle all the dust and gave the room an entirely different image. The beds were arranged properly, the floor was now so clean that they could even sleep on it. On this achievement of theirs, they exchanged smiles. Tired, they quickly dozed off only to hear the warden announcing " it is 5 a.m. students. The lock would be opened now". .all the ten students jumped in joy but were a little bit confused too. When they finally came out, they saw their seniors too standing with the warden, carrying a broad smile. One of them asked " sir. There was no demon in that room. At least we could not find him". Finally, the warden spoke " you are mistaken son. There were three demon's in that room with all of you". The ten boys looked at each other in amazement. The warden continued " the demons were dirtiness, misconception and the lack of togetherness". You conquered all of them by your combined effort. Now you are a team. Every year we do this activity for teaching the simple life lessons of teamwork, confidence building and being tidy. Now, this room will open only next year. On hearing this, all the students touched the Warden's feet and hugged their seniors. They had finally understood the existence of the demon. 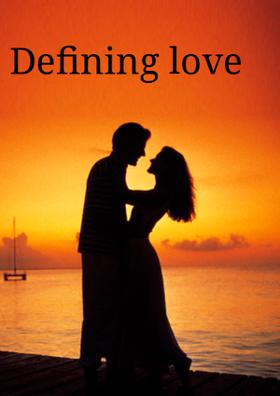