One morning while returning home from school along a big ground a child named Anna from Chandigarh studying in 8th standard came upon a disturbing sight at one corner of that ground. Anna stopped there put his bag on the ground and started digging that corner. After digging only a few inches he found an old and untidy paper. At that time Anna put that paper in his bag and went to his home.

After reaching his home Anna did his lunch and rush towards his room. there he started reading that old paper. In that old paper, he found a weird and mysterious note stating - " Only the person who will be able to see and dig this paper out have the power of stopping a giant asteroid coming towards the earth for destroying it completely on 24th July 2017. Only that person who is able to see this paper has the capability to see two magical liquids that are the only medium to save earth from that asteroid. That person will be able to find and see these magical liquids in one of the place in NASA Headquarters. Only after mixing these liquids such a magnetic field will form around the earth that have the capability to destroy that asteroid. "

After reading that old paper Anna rushed towards calander to confirm which date is today. What he found that it's already 19th July 2017 today. He suddenly rushed towards his father who was an Intelligence Officer. Anna showed that old paper to his father and found that his father is not able see the words written on that paper. The same thing is happening to his mother. At that point of time Anna realised that he is the only one who can save earth and he is having only 5 days to do this. Anna read out that paper in front of her mother and father. As a Intelligence Officer Anna's father had a number of contacts and somehow he was able to send all the information to the NASA. It had taken around two days when information reached NASA and NASA permitted Anna to visit NASA headquarters as soon as possible.

It had taken one more day to done all the paperwork of visa and other important documents. After all this on 23rd July 2017 at 6:00 am Anna left his home with his father and that old paper to reach NASA headquarters. He had only 18 hours in which he would be able to save earth. When Anna reached NASA headquarters it's already 10:30 pm. This time Anna had only one and a half hour to save earth. Anna along with some scientists and his father rushed to visit each and every corner of NASA headquarters so that he will be able to find the magical liquids described in that paper. it's 11:45 pm Anna haven't founded those magical liquids yet. Some scientists from NASA headquarters were able to see that asteroid is coming towards the earth from their high power telescopes.

At 11:55 Anna entered an ignored room of NASA headquarters where he surprisingly found those magical liquids except Anna now one was able to see that liquid. It's already 11:59 scientists were continuously warning everyone about the shortening of the distance between the earth and that harmful asteroid..........at 11:59:58 Anna somehow managed to mix those liquids and suddenly scientists informed that the asteroid has broken into very same pieces of dust and earth is saved.

Finally, everyone present there took a deep breath of satisfaction. After all this Anna went to his home with his father and around after 4 days he got a token of honor from Prime Minister and a number of blessings from all the people present on earth. 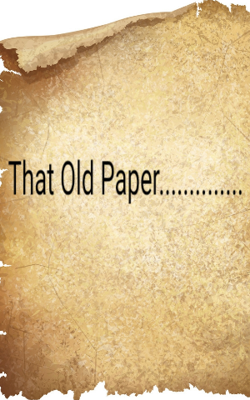