A sixth class student Sourabh was looking very restless today. He was ready after bath very early in the morning. All the family members were preparing to go to the marriage of his Tauji's daughter. The marriage was in another city and 4 to 5 days stay program was there. So all were busy in packing many bags and suitcases.

It was also the annual function and prize distribution ceremony in Sourav's school today. The school was near Sourav's house so Sourav with his landlord's son, Chandan reached in the school just in the morning. When both of them reached there, they saw all were busy in preparations for the function. So both came back home.

After every half an hour Sourav started roaming to the school. When he was reaching there, every time he found either the people were busy in preparations of function or the students were being directed to sit in lines or all were waiting for chief guest. Every time Sourav came back disappointed.

What was the actual reason for Sourav's restlessness? Why was he roaming the school again and again? Why was he less interested in the preparations for the marriage of Tauji's daughter at home and more in the school's annual function. There was foresure something going in Sourav's mind and was the cause of restlessness in the heart of this small kid. Actually today in the school's annual function programme, the result of English writing competition was also to be announced and winners were to be given prizes. Sourav participated in this competition and they had to go to marriage that day so he was restless to know the result.

Now it was 10.30 a.m. in the morning and all the family members took out their bags and belongings from the house to go to marriage. Sourav hurriedly ran to Chandan and said," Chandan listen, we are going in a marriage today and will be back after 4 to 5 days. Now it's your duty to go to school and know my result of the English writing competition. One more thing, listen my result carefully as there is one more Sourav in my class. But he is Sourav Verma. Find exactly if I have any prize or not. And if I have any then try to find what is in the prize?"

Chandan said, "Ok, I will collect all informations. You go and enjoy marriage. Don't worry."

After 5 days Sourav and his family members came back home. Sourav quickly kept his belongings on ground on the main door of the house and ran to meet Chandan. His mother shouted," Sourav, Sourav where are you going?" But he did not listen and ran away. There were no phones that time otherwise he would have made a call to Chandan to know his result

When he reached Chandan's home, his mother told Sourav that Chandan had gone to Shivaji park nearby. Sourav was losing his patience. He reached in Shivaji park where Chandan was playing cricket. He shouted,"Chandan, O Chandan! Come here soon." Sourav was so excited and confident as he knew that the result was in his favour. Still, he was eagerly waiting to listen Chandan.

Chandan said, "Congratulations! my friend, you have won the second prize." Sourav jumped happily. He asked Chandan for what was in the prize. Chandan told him that there was a Silver Peacock in prize.

Thank you Chandan. You are my best friend.

After this Sourav happily came back home.

Why must not he be happy? The result he was waiting for with so restlessness was in his favour as he stood at the second position and a Silver Peacock was in a prize for him.

Maybe the innocent child could not have a better sleep that night after knowing this good news. Next morning he wake up very early and was ready for the school.

He told principal, "Sir, I stood at the second position in English writing competition. On annual function day I was out of the station and could not receive my prize. Kindly give my prize."

Principal asked, "What is your name?"

Principal took out a red plastic tiffin box from almirah and said to Sourav, "Congratulation! Take your prize"

Sourav's became sad seeing the tiffin box. Almost crying he said, "No sir, it is not mine".

Principal surprisingly looked at him and said, "If this is not your prize then what is your prize?"

Principal smiled at his reply and said, "Very Good."

Then principal took out Silver Peacock from his almirah and gave it to Sourav and said, "Keep it up. God bless you beta."

After getting his Silver Peacock Sourav was so happy like he got all seven wonders of the world. On reaching back to home, he showed his Silver Peacock to all family members and told the whole story. His parents loved him a lot and gave him blessings.

All family members happily shouted- " Yeah...... We are proud of you Sourav." 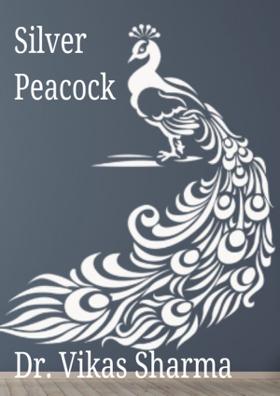 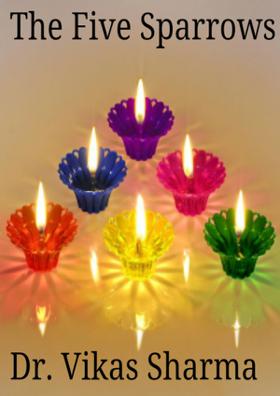