My Brother My Lifeline

My Brother My Lifeline

Rakshabhandhan is the most awaited festival of year for me, waiting for my superhero to gift me. We are not like the usual brother-sister. But the connection we share is similar to others yet its unique.

There was a time when I asked my brother what was literal significance of rakshbandhan for him he didn't say anything till date but one incident made me realize what it meant for him.

It was beginning of my Grade 12, I have a certain set of friends with whom I am really close with and trust them a lot.

Everything was going well between us and I shared about my so-called crush with one of friend but I didn't know it will reach another person.

That person was no less than a forest fire in spreading rumors. He was so clever to spread the rumor in other way around and cooked up an image in name of insecurity in friendship. The rumor or the person's feeling of insecurity did break my trust. More than this the love and trust that I had for the person was broken by the drama created by the person. I was too broken to think ahead in life.

I felt that I was lost the strong character that I am known for. I was feeling so stressed and depressed. Amidst all these chaos I had a ligament tear in my leg.

When my brother got to know about all these, He advised me to focus in my studies. He gave me the lost confidence and the independence of me being the old headstrong girl.

That's when I realized the true meaning of rakshabandhan and how important I am for my brother.

Tying rakhi for our brother and asking him to protect us is usual but asking him to stand by us give us the independence and the ability to fight our fright rather than making us flight form our frights.

In short one quote can emphasis on how my brother means to me,

"Brothers are like streetlights along the roads. They don't make distance any shorter, But they light up the path and make the walk worthwhile." 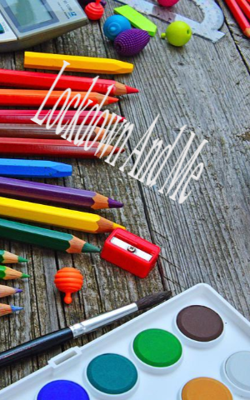