Freedom can be of many types. From the British leaving India, to just getting away from that one annoying aunt at a wedding, freedom gives us the feeling of power. But with great power, comes great responsibility. And if you are not capable of handling it, the results can be catastrophic.

When my parents leave the house, kid me would get scared as hell, keep all the lights on (even during daytime) and sometimes even carry around a book full of Sanskrit mantras. But with time, one gets more experienced, and enjoys privileges from everything, rather than complain.

So my parents were going to attend my cousin's wedding, which was in another city. Since it was too far away, they were definitely going to be late, and therefore, could not risk taking me. I still imagine how my thoughts went into hyper mode. How my heart began its drumroll and adrenaline had seized my entire lower body, and how I quickly remembered the images of video games, T.V. shows, and the innumerable video files for my YouTube channel, waiting to be edited for what seemed like Eons.

I stammered between 'yes', 'ok', and 'but'. They took no notice and gave me instructions on house control. The next day, their departure was filled with "eat-in time", "your lunch and dinner have been planned with the neighbors", "don't forget to feed the dog, and STUDY" Finally, they were off. I saw the car become smaller and smaller, then it turned behind a building and vanished. A firm fourteen hours was in my hands.

I unknowingly wasted the first two hours surfing the internet and woke up, dizzy as hell. Then I walked down to the kitchen, rethinking my duties. I still had to feed Sir Riñiçholás, my Shiba Inu dog. "Reeney, chow time!" My call was immediately answered by a series of high-pitched barks, and Sir Riñiçholás came running out of his monster cave (his kennel in the living room). I took him to the kitchen, gave him his food, and watched him eat. Shiba Inus are beautiful creatures. They have funny facial expressions and tails curled stronger than most dog breeds.

Riñiçholás finished his meal, ran around in circles, and then raced outside when I knew he was going to lie down on the sofa. He likes to do that.

I spent the next one hour in front of T.V., thinking of everything I had to do, giving justice to gaming, reading, and studying. Finally, when I could not think of anything, I decided to go to my friend Alex's house to play video games for 2-3 hours.

I started in the direction of his house. He lives a little away from mine, but on the opposite side of the road. I knew that in case my parents' plans failed, and they came back, I would be in imminent catastrophic danger. Because I was restricted to go out of the house when home alone.

I reached Alex's house, but my heart and my plans shattered. There was a lock on their door; nobody was home. Maybe they had gone out. I then remembered him told me last week, that he would be going to watch Shang-Chi and the Legend of the Ten Rings. That was today! How could I be so forgetful?

Scoffing at my own idiotism, I walked back down the road, to my house, with half the speed and quarter of the enthusiasm I had, while running on it not many moments ago. I reached home and entered, closing the door carefully behind me. I thought I was forgetting something. "Reeney!" I called out. But the expected loud bark did not answer me. I tried to whistle, but the fart-like sound coming out of my mouth reminded me that I could not. "Reeney!" I shouted a little louder this time.

I raced to the kitchen, knowing damn well that he could be there. But he was nowhere in the kitchen. By now, a slight, tingling sensation was creeping up my spine. I checked in my room. Nothing there. My parents' room, the toilet, the garden, I checked everywhere. At long last, I felt the ultimate feeling of despair. Sir Riñiçholás was nowhere in the house.

I looked around the neighborhood for him, but could not find. I looked in the market, the playground, but no luck. I gave up, realising that he won't go anywhere alone, without us. I gave up hope. By now, that tingling sensation was all over my body. Mom and Dad would be back in a few hours. If I don't find this stupid dog by then, I am dead.

I called the police, and requested them to help me, having first given them the description of the incidents and the dog. They asked me to stay calm and that they would eventually find him, and hung up.

I then tried remembering everything I would have forgot. At last it occurred to me. I did not check in the neighbours' houses. Chanting God's names in my mouth, I immediately went to the house next to mine: Steve's.

I pressed the bell and Steve's mother opened it and looked down on me. "Hey Rishan, come in come in." She invited me inside. I was asked to sit on the living room sofa, which I so obediently did. She went to the kitchen and came back with some snacks. "So," she started a conversation. "Sorry Steve is not home. He and his father have gone with Alex to the movies." "What?" I was shocked. The traitors.

"Anyway, that's not what I have come for. You see, uhh.. my dog Reeney is missing. You know, our Japanese dog. I wondered if you've seen him…" "Oh yes I forgot," saying so, she gave a loud whistle, which was answered by some familiar barks, and Sir Riñiçholás came running out of the darkness of the inner rooms.

He climbed the sofa and started licking me madly. "Where was he?" I asked. "He came here in the morning itself," was the answer. "He came because I guess there was no one at your house." "But how? I had closed the…" I broke my sentence halfway. Had I closed the door? Then the truth hit me like a train – Of course, I didn't! I forgot it in a hurry and excitement! How could I be so stupid?

Steve's mother continued speaking "…so he came here and he's been a good boy, watching me gardening, watching T.V. with me and he always let me know when he had a toilet coming up. He's made himself at home until you came, and I think it's time you went home too, it's nine p.m. And yes, your mom asked me to give your dinner." She brought a plastic bag with tiffins inside. I thanked her and went home, with the runaway doggo at my feet.

On opening the door, Sir Riñiçholás immediately rushed and disappeared in his monster cave. 'The sleeping beauty who gave me a hell of duty' I thought with rage. But I had solved a big problem that day, which, I confess, I myself had created. Rather, learnt yet another lesson about my stupidity. Everything was fine… or was it?

"Those police are still searching for that 'missing Shiba Inu'." I said to myself. Scoffing at my own idiotism, I picked up the phone and solved another stupid problem I had spawned. 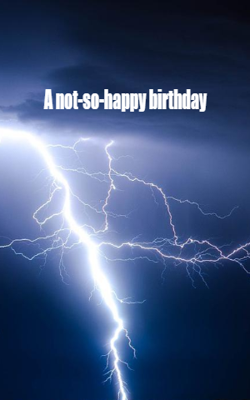