Once upon a time, there lived a couple; their names were Jim and Della. The only valuable things they both had were, Jim had a pocket watch which was gifted by his grandfather, while Della had very long hair till her feet.

One day, on their 5th wedding anniversary, Della thought to gift a beautiful band for his pocket watch. The sum of money that Della had was only 2 dollars, but the band she wished to buy for him was 5 dollars. She was very upset, but suddenly she got a wonderful idea, she immediately cut her hair and sold it to the wig makers. She got 3 dollars from it.

Later when Jim bought some colorful combs for the occasion, he got threatened when he saw Della been bald-headed. When Della asked him what happened, he told her that he had bought new combs for her which she admired most, but now there is no need for it as she had cut off her hair. Jim asked her why had she cut off her valuable hairs, she told him that she had cut her hairs to buy a band for his pocket watch, by listening to her statement Jim fell on a sofa beside and told her that he had sold his pocket watch to buy her new combs. 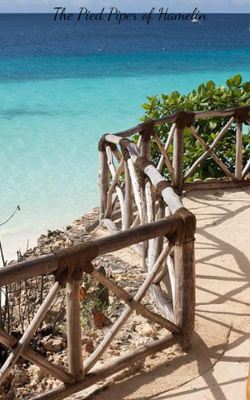