In Search Of Passion

In Search Of Passion

We are all heroes in our thoughts at one time or the other during our childhood but we postpone our thoughts to the future. Like many youngsters, I too thought of achieving something big in my life.

"Be aware of your passion. Categorize your interests and hobbies. Finally choose your profession."

I am very much influenced by this and I have chosen Film making as my profession.

The movies I have watched since my childhood had a great impact on me. With the passion towards movies, I started writing stories and I posted some of my writings in my blog. In fact I directed a short film with my friends during my college days and won first prize. We posted it on YouTube.

I never thought that short-film will change my career and add a new chapter in my life.

After some days, I got a call from Sri Ram,a film producer. He has done four films so far among which last two are huge success. He told me that he loved our short film, which he watched it on YouTube and asked me whether I had any interest in directing movies.

I am very excited to listen those words and I told him that I have some scripts and it's big dream for me to direct movies.

Later I met him and narrated the story. He was very much impressed with the story and he agreed to produce the movie. It was completely an experimental subject. As I am novice,he took care of everything technically and we finally made it happen. Everything happened in no time. But . . . .

"Dad, I want to become a film director. I am not interested in a job or any business. . . "

"Film director ? Directing movies is different from making a short film. Don't you know about the situation today ? Many youngsters like you leave their house in search of their dreams but they finally end up with failure. I don't want my son to be one of them. "

"But dad, I can't join in a job and compromise with situations. I agree your opinion but let me try and learn from it. "

"Being a teacher, with my salary I think I have given everything you needed. Now you have grown up into a man, I can't insist on you doing a job. The decision is finally yours. "

The movie we made resulted in a flop. All my dreams got shattered. The rating is very poor by media. Everyone highlighted that there is no entertainment for audience like commercial elements in the movie. I don't understand how can a movie fail if it doesn't possess any commercial elements. The story and the characters are heart and the screenplay is the soul of this movie. The movie received good applause from critics but it won't help a producer,who believed the director because it is a financial loss.

"Am I the reason for that? "This thought itself made me frightened.

I wanted to gift my success to my parents but how can I face them now ?

What can I answer to them ?

Suddenly my phone started ringing. With that sound, I came out of my thoughts. It was my father.

"Anand, I have a lot of fear regarding your career but now I am sure that you will achieve success. I have just watched the movie. Don't be upset for the failure. Even though it didn't went well, you really made magic. I felt very happy when everyone in our village appreciating the movie. . . . . "

I am able to hear happiness from my father's tone that boosted my confidence a little but still there is a lot of struggle inside me with myself. And there is a person whom I have to answer. He is none other than my producer.

Then I received a call from Sri Ram, my producer.

I don't know what to speak to him but I thought I should accept my failure. I lifted phone.

During our conversation, he told me "Don't worry Anand, I can understand your thoughts because my father is a teacher and I am his only son. I left my home some years back to pursue my dreams. I don't know anything except my strong desire and interest in movies initially but I got tired of searching for opportunities. My father gave me everything I needed. At times I thought how could I came out leaving my parents alone. I literally cried and experienced many sleepless nights. Then I remembered my father's words that many youngsters like me leave their parents and come to prove themselves but end up with failure. I wanted to make them win with their talent and passion. So I turned to be a producer and my first two movies are flops. That doesn't mean I am failed instead I celebrated my failure. Yes! When you get rejected, failed at something the first thing you need to do is celebrate your failure and that's the way to stand up against it.

When we fail at something, we lose our self confidence. Be it any situation, one should not loose self-confidence which is an asset to every person who wishes to achieve big in their life. My first two movies with a young guy like you didn't go well but the next movie was a huge success. But I believe that you have a lot of talent than him.

If you fail to handle failure, then you are a failure for lifetime.

Don't limit your capabilities with a single failure instead you should challenge your limits.

Thomas Alva Edison took 1000 attempts before the invention of electric bulb. But the world remembers him as an inventor of Electric bulb not as a failure for 1000 times. Experiencing failure is always difficult to handle but if you are able to do that, then you are definitely eligible for success. So celebrate your failure and give a smile to pass it on. You came here in search of your passion not in search of success. Success will come to you only when you truly work hard for your passion. Never and ever emotions let you down. "

I have been struggling with my thoughts regarding the failure but after listening to Sri Ram and my father, I got relaxed and their words gave me immense strength. I thought it is the time to switch to another page in my life and forget the past page but remember the lessons of it. 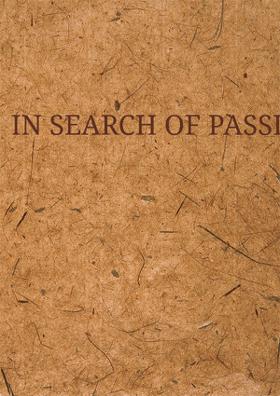