There was a 10-year-old kid, and his name was John. He was a normal kid...yet he was always unhappy, if we were to babysit him, by the end of the day we would have been bankrupt! He never enjoys what is useful...if he was bored, can you guess?..nope he didn't read a book or play video games...instead he would steal money from the house and buy candy for himself.

When it was his birthday, all his friends that felt pitiful for him came and gave him gifts..Nope, John didn't give any food or return gifts to them, and they left empty-handed from John's house. John had got a gift from his parents, his parents said.."John, we hope you like our gift..you have been wanting this for 3 years!" John opened the gift and saw a puppy! But..as we know, John WAS NOT happy "Mom! I like puppies..but I deserve something much better on my birthday! Look at all these other moms giving expensive video games..amazing vacations and all you give me is a puppy??" John replied while walking in circles. His Mom and Dad left the room and went to sleep. John sneakily was roaming around the house to steal some cookies.

Someone knocked on the door, it seemed scary to John but he opened the door and he saw a black figure that stood motionless for 10 seconds, John stood there with fright, the black figure came out saying " Hello John, my name is Future and I can help you with your despondent behavior", John was scared and started yelling, " save me! This ghost is trying to take my soul!" Before John's parents showed up, Future took John to his future funeral, as he saw with his very eyes, he had seen only his future kids had been there with a sleepy face and they didn't really care about the funeral. Everyone walking on the streets looked unhappy, because in the future when John died his last wish is everyone must be unhappy, John who was sitting on Future's broom saw all this and was surprised that it would be his behavior when he grew up!

Then Future took John to the 30th century, all the shops were destroyed and everyone was sleeping on the ground, John held a tear in his eye, the tear fell on the broom and suddenly he returned home! He quickly woke up his mom and dad and told that he was sorry, his mom and dad were so happy that he said sorry, he, from then, never judged what he got and always shared,,,, happiness is easy...you can find it by acting positive, happiness doesn't need video games and gifts, just these 3 words- Loving, caring, Sharing is what can make you feel positive and happy, happiness is contagious, and also don't let this contagious pandemic ruin the contagious smiles that we could earn. Thank you... 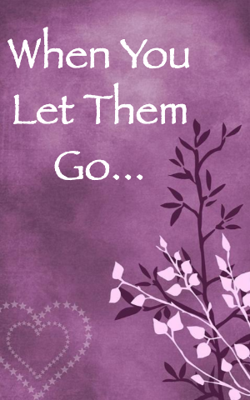