Ghost in the Society

Ghost in the Society

Ram, Shyam, Ghanshyam and Raj are close friends who live with their families in the same society. One day, when it is heavily raining, Ram encounters a mysterious lady, dressed in a white saree, who asks him about an address. Before he could answer her, the lady disaapears.

Scared, Ram narrates the whole incident to his wife Siya and his father. His father does not believe him, but he notices a similar woman as described by Ram, roaming in the society. So, Ram decides to seek his friend Shyam's help in this matter. But, Shyam dismisses it by declaring it a fiction of imagination.

Siya's mother explains a ritual which should done at midnight in the society premises that will help her to keep the spirit away. She asks Ram to acquire the things needed for the ritual. Ghanshyam learns about Siya's ritual and follows her secretly only to be confronted by the mysterious lady after Siya completes the Ritual and leaves.

Next day, fear-stricken Ghanshyam catches high fever and everyone in the society comes to know about the presence of a spirit. Shyam proposes an idea that the men of the society guard the society during night to which Ram and Ghanshyam oppose as they have seen the ghost and are scared of it. The children return from school and gets shocked when they learn about the happenings in the society. So, they decide to take the matter in their own hands and solve it.

As society members are scared, Shyam and Raj guard the place at night. A skeleton suddenly falls on Raj out of nowhere. Raj screams and faints. The society members are alarmed and come down to find Raj unconscious and Shyam missing. Everyone searches for Shyam and a faint voice of heavily bleeding Shyam comes from a corner. Shyam claims that the ghost took him and beat him black and blue.

Suddenly, the residents spot the ghost flying in the sky and run back to their houses petrified. Later that night, Ram's son sees someone in the society premises resembling the mysterious lady carrying the skeleton. He calls his friends who meet at the premises and check for anything suspicious. They find an electric meter of an empty house running, pulley attached to a tree, stunt cables attached to the building and used cigarettes near the window outside the same house.

They go near the window of the house and overhear the conversation of the people hidden in the house. They turn out to be members of a drug cartel who are hiding from the police in their society and the mysterious lady appearing as a ghost is one of them. Ram's son informs this to everyone in the society and they call the police. The drug cartel realises that they have been exposed and tries to escape. Siya comes up with a plan to hold them till the police arrives. She puts on a horrific makeup and tries to scare them. The police arrives and arrests the drug cartel. The society members heave a sigh of relief as they are finally free from the GHOST. 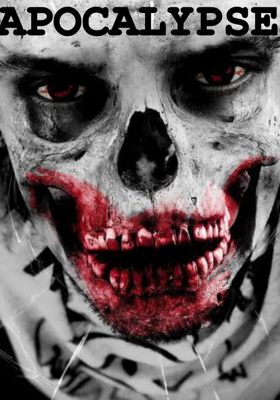