This is a fictional story based on the sport of football

Beginning Of The Journey:

Come on! We have to reach the stadium now,we cant leave this match, hello guys it’s me, Robert Finch,I am waiting for my brother Jhon, he is always late .

Wait, I am packing my kit you go I will come.

Jhon and his brother are intrested in playing football they both were awesome is it, Jhon was the best striker and Robert was called the wall in school team.

Robert was 2 years elder than Jhon that’s why he was applicable to play in the school team where as john was 1 year small to join the school team his brother was a great captain in the team, now let get in a bit

Hello guys Jhon and Robert are now in the team john is now in 7th and Robert in 9th they were all now making their way to make foot ball their passion.

It’s time to pursue, John and James decided to pursue in football they have as they have a large interest in it and they both are playing it from a long time when they decide to pursue in football they had many ways in front of them one of them was to play for city/state. Jhon thought this is is a good option so he started playing for California. Where as Robert decided to play football in the national champion ship so went to give selections in the National Board Of Sports In California so when he gave the sections the national football team of California was going to play the national championship Jhon affectionate together but this was just the beginning they didn’t knew that they both will become rivals.

Jhon is now 17 years old he is becoming the star player for California Where as his elder brother Robert has quit goalkeeping and now he is also a striker but Robert is not as famous in California as Jhon was. The next week he got information that jhon was selected in the international team of America .

This time Robert was very jealous of his brother he decided to gain more fame than his brother and ruin his carreer forever and destroy his fame. This time Jhon scored 5 goals and destroyed the opponents defence. He was elected as the man of the match. Jhon was very nice while talking to his brother but his brother sounded Jealous. Next day Robert recived a letter from the American football team to join the team as a senior player. But this didn’t stop the fight but this was like throwing oil on fire which helped the fight to reach the social world.

The end of friendship:

The life in the family was destroyed both Jhon and Robert were enemies last week their father retired no one of them came to help them and to give money for survival the pension his father got was only enough to feed them once a day. There Jhon and Robert had a fight and in the village their parents were helpless no one thought that the family would end like this, the next day Robert thought that he will purposely hurt Jhon badly on the field to destroy his career

It was the day of the match the match started the ball was with Robert. He went near Jhon and passed the ball very harshly Jhon fell down and then robrrt ran over Jhon’s back wearing spikes there was blood on Jhons back. Jhon couldn’t complete the match, he was taken to the hospital on a strecher. Jhon was thinking that why did his brother do so? 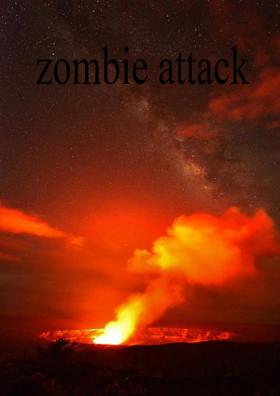