Strolling along the seashore taking the cool gusts of wind touching my face and rejuvenating me. The clouds had taken over the sky but the eternal yellow brown garish sun was making the environment pleasant. I saw a large wave hit the sea shore and with it came a corked bottle. The sunray clashed with the bottle and reflected on my eyes. I moved towards the bottle to find a letter and a shimmering pearl in it. The pearl was visually dazzling, lucent with a glossy surface and was shining bright. The letter read, "I am choosing you. Take this bottle to 'Eagle's Third eye'.

At first I wondered and asked myself, "Does an eagle have 3 eyes?". The letter further read , " The man has a eagle's mark on his forehead". Then It was clear that Eagle's Third Eye was a man and after researching more about it I somehow found that it resided on an island named Shaman. As soon as I reached the island , I found a man and asked him where Eagle's Third Eye is and he told me that it was him, then I noticed the mark of an eagle on his forehead. At first I was a little surprised because unlike my gigantic imagination of him he was a little dwarf. I told him that I was supposed to give the bottle to him and so handled it to him and was about to leave when he offered me to see his world.

Curious, I agreed but little did I know, that I was walking into trouble myself. The man took me to his miniature world in a swish. In no less than a minute I was smaller than the man himself. I was a bit scared and doubtful about that world, but the environment was pleasant so, I was relaxed a bit but the pebbles now seemed to be like mountains to me. I was curious to know about the place and so asked him, " Which place is this?". He replied "Your death", simultaneously landing a big stone on me. I was in a dilemma so stood there like a statue when Anna, a butterfly saved me and told me the entire story of that world named ' Exonia'.

She told me that the man is not Eagle's Third Eye but a monster Tom Locke and Eagle's Third Eye was her mother, the former queen of Exonia and she was held captive by him and that pearl is the source of her power taken away by Tom to weaken her. She said, " Since , you are the one who had found the bottle so only you can free the queen". I had a mixed feeling of furiousness and fear but I had decided to save the queen.

I soon went to Tom. As soon as he saw me he said , "Oh! So you are back. You had escaped last time but now start your countdown ". I tried hard to fight with him but failed everytime due to his magical powers, so I used the locket that my mother gave me and used it to reflect back his own powers against him and hence he was dead. We saved the queen and found the pearl and all was right. She thanked me and said, " Grant a wish dear!". I said, " Dear queen all I want is my own world, I want to go back to my world" and in the next minute I was back on the sea shore under the dazzling rays of sun and cool gusts of wing touching my face. 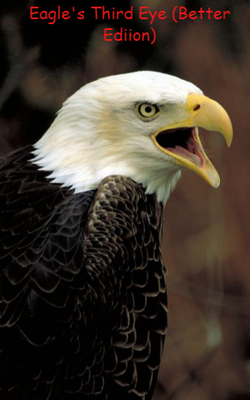 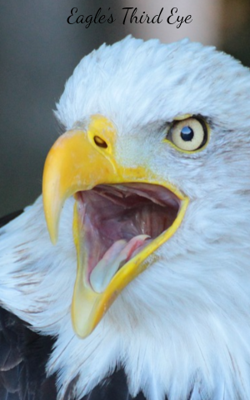