The long day was over. I had trudged over an unkind terrain, thirsty, weary and in desperate need of a refuge for the night. I heard a rustling sound, probably a desert serpent slithering through the sand. Suddenly, I observed a flicker of light in the distance. A gust of wind blew the sand into my eyes, as I hurried towards the haven. A pale moon shone through the clouds, and thousands of silvery phantoms hung over the silent desert. "An oasis or an illusion -- what am I pursuing?" I wondered briefly. But, my jaded mind refused to worry.

"Water!" I pleaded as I entered the hut, my tired limbs barely carrying me over. "Wait, I am bringing you some," a soft voice called out from the darkness. "Oh! Its not a 'will-o'-the-wisp' then," I sighed in great relief. The lamp, which had shown me the way, hung on the outside of the hut. It was a solitary source of light in an otherwise dark dwelling. Nothing was visible, not even my hostess, whose voice I had just heard. The wind picked up outside, and a swirl of sand entered my shelter. I covered my eyes, as I heard approaching footsteps.

"Water" -- the word was like music to my ears. She poured from an earthen vessel, and I drank eagerly. My desire to drink was unquenchable. It seemed that I was quelling the thirst of a lifetime. The cool water flowed between my outstretched palms, through my parched lips, tongue and throat, and ran along my fatigued body. "More," I implored. I did not know how such a small vessel could hold so much water. My eyes had closed and I was on my knees, when I felt her hand on my forehead. The ring on her finger brushed against my hair. I raised my hand to touch her. "No, you can only take what I offer," came a firm rebuke. "Drink to your heart's content," the voice was again gentle. Outside the wind howled, and the storm raged. My abode was trapped within the newly formed sand dunes. However, the fervent stream that flowed from her palms shut out the reality, allaying my countless worries and numbing my senses. "Who are you ?" I gasped between my gulps. "Why did you reserve this sweet torment for me?" "You ignored me, you tried to run away from me, and hence your reward," she replied. The desert storm had taken grip of the earth and the sky. My small shelter shuddered in the clasp of the violent gusts, at the brink of near collapse. I was on the floor, my clothes, belongings and provisions drenched to the core.

I lapped up every drop she offered. Then suddenly, her vessel was empty, and she was gone. I thought that she had gone to fetch some more water. My throat was drier than before, and hundred flames of fire leaped inside my body. I steadily grew restless. "Where did you go? Did you desert me ?" I cried out impatiently. I looked around. My refuge had disappeared. I was standing amidst insurmountable mounds of sand. The little provision I had left for my onward journey lay soaked and utterly useless on the ground. "You took away my everything ! You left me to die." The storm had ceased, and the sand dunes began to shift with the gentle breeze. I stood alone in the middle of the arid terrain, my chest heaving with breathless screams. My inside was burning with an unbearable thirst. "Come back, come back, have mercy," I wept bitterly. The desert returned me only the throes of my anguished shrieks. 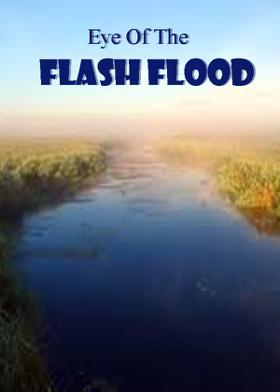 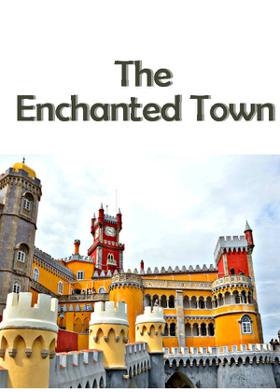